Questions and answers with Babaji Satyanarayana Dasa, originally published by The Jiva Institute.

Answer: The soul does not possess any body. It is formless. It is granted a body when it enters into the spiritual world. An example of this is seen in the life of Śṛī Nārada as described in Śrīmad Bhāgavata 1.6.28.29.

Answer: Yes, everything there has consciousness. There is nothing inert there, although objects like stones or a table and chairs may appear like inert objects. Everything in the spiritual world is constituted of antaraṅgā-śakti.

Question: In the 36th verse of Rāsa-līlā chapter of the Śrīmad-Bhāgavatam, it says, “The Lord accepts a human form.” Who is the one who accepts that form? My understanding was that Kṛṣṇa’s body is eternal bliss and the essence of all rāsas. If God has to accept a human form for the pleasure of His devotees, then who is God? Does He have a body? I went through the ṭīkās of Viśvanātha, Sanātana Gosvāmī, and Jīva Gosvāmī but only Jīva tries to defend the point of Kṛṣṇa being the shelter of Brahman. Viśvanātha and Sanātana just echo the verse—“The Lord takes the human form.”  So we can also conclude that Nārāyaṇa is the Bhagavān who takes the human form.

Answer: The problem with such type of questions is that the questioner disregards everything else and gets hung up only on one verse and becomes disturbed. This verse is part of a chapter, which is part of an entire book. Therefore, this verse cannot go against so many other verses which repeatedly explain that His body is eternal, transcendental, and non-material. I am not giving any references for this because I am sure you know them. So, my reply is that you should not see a single verse independently but in the light of what has been said earlier about Kṛṣṇa’s form.

The meaning of the word āśritaḥ or āsthitaḥ (whichever reading you take, verse 10.33.37 in the Gita Press edition) is “manifesting.” All it means is that Kṛṣṇa performed these līlās, manifesting His human form in this world. He has a transcendental body that is invisible to mortal eyes. When He descends on earth, He makes His body visible to the people of this world. This is the meaning of “taking a human form.” It means making Himself visible. 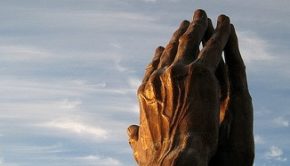