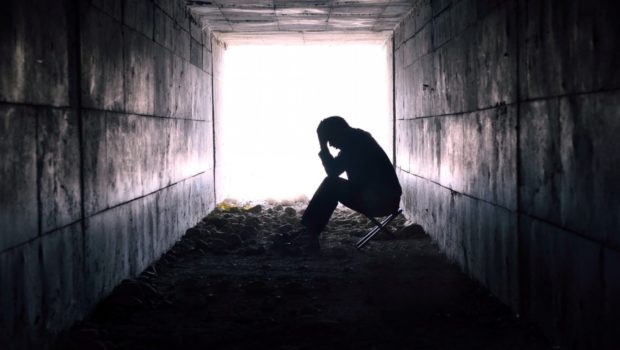 How to Avoid the Miseries of Bad Karma

Every human being suffers from three types of misery: ādhyātmika, ādhibhautika, and ādhidaivika roga. The word ādhyātmika means that which is related to the ātma. The word ātma in Sanskrit has various meanings such as body, mind, senses, essence, nature, God, vitality, courage, character, self, intellect, and so on. However, in relation to ādhyātmika suffering, the word ātma refers to the body, mind, and intellect. Thus, ādhyātmika miseries are those that come from one’s own body, mind, or intellect. Similarly, ādhibhautika miseries are those that come from other bhūtas or living beings. These living beings can be humans, animals, birds, reptiles, or aquatics. The ādhidaivika miseries are those that come from the devas. Devas here means the divine beings who are in charge of managing of the universe. Ādhidaivika miseries include suffering that may come from natural calamities such as earthquakes, tsunamis, floods, drought, storms, hurricanes, extreme heat or cold, wildfires, pandemics, and so on. Now the question may be raised as to why the devas give us suffering? Devas are supposed to be benevolent beings who are compassionate by nature. Why would they want us to suffer? What is the benefit of giving us suffering?

To understand the answer to these questions, we need to know how the universe functions. Modern science informs us that the universe was born from a big bang. Science as such does not believe that there is a creator of the universe. This implies that the universe has no intrinsic purpose. It just happened accidentally, and there is no one in control. This further implies that our life has no purpose. But if we accept this, then there is no need to follow any rules. Then is no need to achieve anything in life since it is meaningless. Therefore, the modern concept of YOLO, “You Only Live Once,” has become popular. People try to enjoy as much as they can—sex, liquor, drugs, money, possessions—because they have no purpose in life other than to enjoy. One may say, what is wrong with that? The answer is that this mentality simply brings degradation to human society. In such a concept of life, there is no basis for human values and morals.

Whatever action we perform gives some result. This is not very hard to understand. Some of the results come immediately whereas others take some time. If you put your hand in the fire, the result is immediate. If you drink wine, the result may take a little time. Other results may take many months to fructify. A child is born nine or ten months after conception. There are also some actions that may not give a result in this lifetime but may manifest in a future life. Karma, or action, is like a seed. A seed fructifies within a specific environment. It needs certain moisture, heat, and air to sprout and then to grow. Different seeds produce their fruits in different seasons. Similarly, karma needs a suitable situation to manifest its result. If a suitable situation is not available in one lifetime, then it will give its result in another life.

According to Ayurveda, we get sick either because of wrong actions in our present life or because of past karma. The diseases that arise because of past karma cannot be cured by normal treatment, which is called yukti-vyapāśraya. They need to be treated by daiva-vyapāśraya. There is a saying in Sanskrit, yādṛśo yakṣa tādṛśo baliḥ—the solution should be in accordance with the problem. If the problem is coming from past karma, which is also called daiva, then its treatment should also be daivika. The daivika treatments include activities such as performing a yajña (sacrifice), the chanting of specific mantras, giving in charity, and engaging in a religious activity such as fasting.

Which daivika activity is needed for a particular sickness must be known from śāstra. Similarly, we can’t take just any Ayurvedic medicine for our asthmatic condition. It is only a specific Ayurvedic medicine that will treat a specific problem. At present, people do not have much faith in daivika treatments but that does not mean they are not efficacious. Of course, if we do not have faith in daivika treatments, then we will not use them and thus not get the benefit. The choice is ours. People enjoy new experiences, so this would be a good experiment to try. According to modern research, it has been observed that people who believe in some supernatural power such as Īśvara have a better chance of recovery even while using modern medicine. Thus, faith also has its role to play in the curing of disease. Along with faith, if one uses daivika treatments, they will surely have an effect. For centuries, these methods have been used successfully in India. We should not neglect such time-tested gems of Vedic culture.

The chanting of specific mantras is one solution to ādhidaivika sufferings. But to root out the problem, we should live in harmony with the principles of nature and not create bad karma in the first place. Actions that bring fleeting pleasure but result in suffering should be avoided. This is the proper use of wisdom.