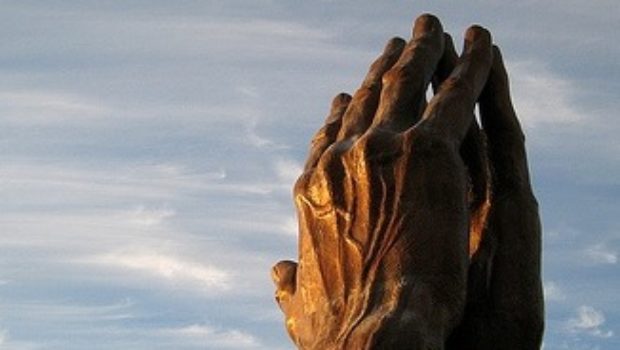 Many consider that śraddhā and bhakti are one and the same. This is not so. In the Bhakti Sandarbha Śrī Jīva Gosvāmī writes thus:

Śraddhā is not a division of bhakti but is merely an attribute for rejecting the tendency towards karma within a person who is qualified for bhakti. Thus, the Bhāgavata says:

Hearing kṛṣṇa-kathā, kīrtana, etc. are devotional activities. Only when there is śraddhā in those things will the qualification for bhakti–tattva manifest. From that time on, the tendency for karma ceases.

Therefore, it is written in the Āmnāya-sūtras:

Jñāna and karma are not the best way to achieve prayojana-siddhi (perfection in attaining one’s goal); bhakti is the only pure way. The faith one has in his heart towards exclusive bhakti is known as śraddhā.

Scholars who are experts in tattva equate śraddhā and śaraṇāgati as one. In the Bhakti Sandarbha it is said:

Since the statement of Bhagavān, tāvat karmāṇi kurvīta etc. refers to śraddhā as the renunciation of karma, śraddhā and śaraṇapatti are considered to be one and the same. Faith in the meaning of the śāstra is called śraddhā. The śāstra explains that a jīva who is not surrendered to Śrī Kṛṣṇa is fearful, and those that are surrendered have no fear. Thus, śraddhā manifests as a sign of śaranāpatti.

O Arjuna! You should abandon the karma, jñāna, yoga, etc. spoken of in the śāstra and surrender unto Me. I will deliver you from all types of contamination – do not lament!

There is no benefit in any other method apart from surrendering to Śrī Kṛṣṇa’s feet. Therefore, we should take refuge in such a fearless position. The name for such firm belief is śraddhā, śaraṇāpatti, or prapatti. In this regard, please consider what such surrendered persons are saying in these statements from Śrī Bhakti-rasāmṛta-sindhu:

Lord! Subdued by lust, anger etc. I have obeyed their wicked demands. Yet they never showed me any mercy, nor did they feel ashamed or appeased. O Kṛṣṇa! Now I have understood the purport of the śāstra by hearing from a guru, and I have taken shelter of You. Please be merciful and give me Your service.

O mahātmā! Although this human birth is extremely flawed, the quality of sādhu–saṅga still exists. By taking shelter in that quality, our longings for mukti or material desires become weak.

We have nothing to say about those who claim that they have become aware of that non-differentiated Reality beyond meditation. Only the ātmā of pure consciousness resides in their hearts and not the divine pastimes. But may that ātmā with His sweet smiling face, lotus eyes, yellow cloth, and complexion like a dark rain cloud, remain within our hearts.

In the Tenth Canto, Akrura states:

O Bhagavān! Your devotees are every dear to You, You are always true, most friendly and grateful. Which scholar would approach anyone else for shelter apart from You? To those who worship You in intimate friendship You bestow everything they desire, including Your own self, yet You never increase or diminish.

There are three kinds of śraddha – high, medium, and low. Thus, there are three types of people endowed with śraddhā in the category of uttama, madhyama, and kaniṣṭha. As Śrī Rūpa states in Bhakti–rasāmṛta–sindhu:

It is written thus in the Vaiṣṇava Tantra:

There are six classifications of śaraṇāgati:

These six types of śaraṇāgati are classified in three ways, as physical, verbal and mental. This is what Śrī Jīva says about śaraṇāgati:

Afflicted by fear of saṁsāra by the six enemies lust, anger, greed, delusion etc. a fortunate jīva finds no other shelter and surrenders at the feet of Śrī Kṛṣṇa. Although he only desires pure bhakti, he is affected by aversion to Bhagavān through these enemies, but realises that He must take shelter of Him. There are two ways of taking shelter. One way of taking shelter is to declare that he has no other refuge. “O Kṛṣṇa! I have thoroughly reviewed the pleasures of this mundane world, the pleasures of karma and its results of enjoyment, as well as jñāna and its result of liberation. I see that I am the cit–svarūpa–ātmā and that I am Yours, and there is no other true shelter except for Your feet which award fearlessness. I have taken refuge in You.” The second way of taking shelter is this – “O Kṛṣṇa! I have thought of taking shelter of karma–kāṇḍa, taken refuge in various Devatās, spent millions of lifetimes considering varṇāśrama–dharma, yajñā, vratas etc. Yet none of these kinds of things gave eternal happiness. Yet again, taking shelter of jñāna, I took refuge in impersonal Brahman and experienced a taste of mukti, but there was no eternal bliss. After experiencing all these states, O Lord, I have given up their shelter and have now taken refuge in Your nectarean lotus feet.

The only way to make the tongue conducive to bhakti is to vow to honor the prasāda of Śrī Kṛṣna and the devotees. At the time of honoring prasāda, one does not think of becoming happy through enjoying, but only thinks of how the Lord of one’s life, Śrī Kṛṣṇa, has become happy by eating. At the time of honoring prasāda, if one feels happy enjoying himself, then there is no mood of anukūlya.

The only way to make the eyes conducive to bhakti is to vow to take darśana of the Deity, the Vaiṣṇavas, the various beautiful places of Bhagavān’s līlā, pictures of the Lord’s pastimes, etc. In all that is subject to the eye, the main requirement is to see everything in relation to Bhagavān.

In order to make smelling conducive to bhakti, the vow of accepting the scent of tulasī, flowers, sandalwood, and other fragrances that are offered to Kṛṣṇa is the only way. Whatever scent is accepted, should be done so in relation to Kṛṣṇa. Thus we find in the Third Canto:

Sanat, Sanātana etc. were previously inclined towards the state of impersonal Brahman, but when the scent of tulasī mixed with sandalwood paste on the lotus feet of Kṛṣṇa entered their nostrils, then they experienced a change both in body and in mind, and bhakti was manifest within them.

The only way to make hearing favorable to bhakti is to vow that one will only listen to hari-kathā, bhakta-kathā, and those topics related to Hari. Thus we find in the Third Canto:

Brahmā said, ‘O Devas! Those who discuss hari-kathā with each other, and by doing so go through various transformations due to bhakti, are capable of ascending to the eternal abode.

The only way to make the hands, feet and body favorable to bhakti is to vow to only use them in bhagavat-sevā and vaiṣṇava-sevā. Thus we find in the Ninth Canto:

In this way, one’s consciousness can be fixed upon Kṛṣṇa. The esteemed Gosvāmī has said:

One whose senses are fixed on Kṛṣṇa, the Master of all senses, is is able to gain endurance in this restless world.

The activity of the mind is meditation, and the activity of the intellect is deliberation. In order to make all thoughts, all deliberations, and all types of relishing favorable to bhakti, the activities of the mind must be established in relation to Kṛṣṇa. If all practical conversations, songs, and poems can be related to Kṛṣṇa, then ānukūlya can be achieved. Thus we find in the Tantra:

By stating with his words, ‘O Kṛṣṇa! I am Yours!’ feeling this in his mind, and by surrendering his body in taking refuge of the holy places of Kṛṣna, a surrendered person experiences bliss.

Rejecting that which is unfavorable (prātikūlya-varjana) is the second limb of śaraṇāgati. It is also divided into the threefold divisions of physical, verbal, and mental. “I will not eat anything except the prasāda of the Lord and His devotees, I will not look at anything except for temples and the Lord and His devotees, I will not smell anything except for prasāda, I will not listen to anything except hari-kathā, I will not engage my hands, feet or body in that which is not connected to Bhagavān, I will not meditate upon, deliberate upon or relish anything else, I will not recite or sing any other poetry or songs” – such a compilation of topics is rejecting those things that are unfavorable. As a result, whatever has been mentioned by the Lord as detrimental for sādhana is to be discarded. This is very difficult for a person residing in this material world. It should be done as much as possible, for without endeavoring to observe this, ekāntiki-bhakti (exclusive firm devotion) will be extremely difficult to achieve. I will summarize all the words of the śāstra in regards to this. In the Padma Purāṇa:

“Food that is given by non-Vaiṣṇavas, by fallen persons or food which is not offered to Kṛṣṇa is as good as dog-flesh and should be rejected.”

One should never associate with persons who are asat (materialists). Those addicted to vice and attached to material objects are basically asat. Even amongst those who are pious or who are expert in śāstra, if they are devoid of kṛṣṇa-bhakti or averse to the Vaiṣṇavas, one should avoid their company because they are certainly asat. By associating with those that are asat, all of ones worthwhile objects are destroyed and one falls down.

A jīva’s bondage and bewilderment is not so much due to attachment to objects as it is due to his attachment to women and to his association with those men who are attached to women.

“Kṛṣṇa is certainly my Protector!” – This type of faith is the third limb of śaranāpatti. Kṛṣṇa tells Arjuna:

O Kaunteya! Declare to everyone this promise of Mine that My devotee will never perish. Based on the strength of their dharma, the karmīs and jñānīs will be protected. But even if My devotee falls down, I am his protector.

Those that are surrendered have firm faith in this statement.

The jīva’s full surrender (ātma-nivedana) is the fifth limb of śaraṇāgati. “I am nobody! Everything I say that is mine belongs to Kṛṣṇa. I am only a slave in Kṛṣṇa’s family. Kṛṣṇa’s desire is strong. My individual desires are futile. My inherent nature is to acquiesce to the desires of Kṛṣṇa. Under the spell of foolishness, till now, all the objects and people that I thought as mine, I offer unto Śrī Kṛṣṇa. From this day on, I am not for myself, I am Kṛṣṇa’s!” This mentality is called ātma-nivedana.

Kārpaṇya or dainya (humility) is the sixth limb of śaraṇāgati. “I am a spiritual jīva. I am experiencing various miseries in this material world due to the faults of my own activities. I am a worthy recipient of punishment. Being an eternal servant of the all-merciful Kṛṣṇa, I neglected the shelter of His feet and entered the cycle of karma where there are so many tribulations. Is there anyone as unfortunate as myself? I am most fallen, despicable and lowly.”

One whose heart and character becomes purified by these six limbs of śaraṇāgati is certainly an eligible candidate for pure bhakti.