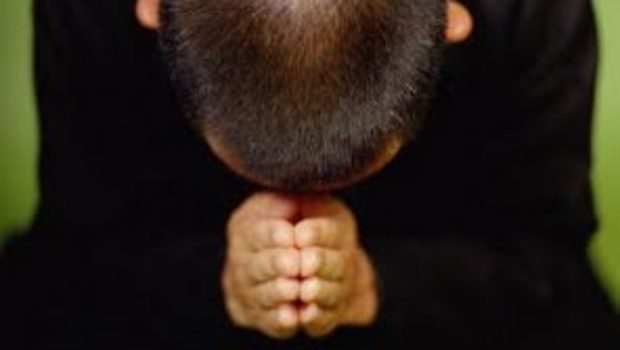 The Meaning of Anartha

By Babaji Satyanarayana Das, originally published by The Jiva Institute.

The word anartha is a negation of artha. It is a compound word made from nañ and artha, called nañ samāsa. Literally, it means “something which is not an artha.” Generally, a negation can mean six things—similar, absence, different, a little, bad, and opposite. Thus, the word anartha can mean something that is similar to, the absence of, different from, a little of, bad, or the opposite of an artha. Therefore, to understand anartha, first, we have to understand the meaning of artha. The literal meaning of artha is “that which one desires to acquire.” It means a goal or purpose of one’s action. In the context of bhakti, it is prema or uttama-bhakti. Artha is also called prayojana. It is that which we do not yet have but want to achieve. To achieve it, we need to perform some favorable action and avoid unfavorable action. Anything that is unfavorable to our goal, artha, is called anartha.

What we don’t have is bhakti. We have to be clear that we don’t have it, because if we think that we already have it, then that is also an anartha. If we already have it, then we are most fortunate and the question about anartha does not arise. Since the question about anartha is raised, then it naturally implies that we are devoid of bhakti or prema. The essential characteristic of bhakti, svarūpa-lakṣaṇa, is defined by Śrī Rūpa Gosvāmī as ānukūlyena kṛṣṇānu-śīlanam—to act with one’s body, mind, and speech for the satisfaction of Kṛṣṇa and objects or persons related to Kṛṣṇa. That is artha. Everything else is anartha. Anything that does not support artha is anartha. For example, if we only work for the maintenance of body and things related to it, then that is anartha. We are working for something that does not even belong to us. Moreover, at every moment, it is moving away from us, and one day it will be separated from us even if we don’t do anything.

We are making a journey in space and time, even when we are not acting. We are moving in circles because we are riding on earth. This is called saṁsāra, the cycle of birth and death. So not acting is also anartha (an-earth-a). It is called akarmaṇi karma (Gītā 4.18) or getting implicated in karma by being inactive. Our natural tendency is to work for the satisfaction of the body, a piece of earth, and things or people related to it. This is the root anartha. We are born with it. It is anādi avidyā. However, if we engage the body in devotional activities, then maintaining the body is not an anartha. Śrī Kṛṣṇa calls it the supreme wisdom.1

On the path of bhakti, the anartha is uprooted by taking shelter of a qualified guru, guru-pādāśraya. According to Śrī Rūpa Gosvāmī, this is the first step in bhakti. The whole idea of surrendering to the guru is to get rid of this anartha, which has been our companion since our very birth. But surrender is no piece of cake. It is extremely difficult because we are not used to surrendering. Our mind and intelligence rebel against the very thought of surrender. They want to remain free so that they can engage in anartha, their birth companion, which they mistake for artha. If we don’t make a conscious effort, we don’t even know whether we are moving away from the anartha or towards it. So, that much awareness we must have. If we can surrender, then there is no more anartha. It means that instead of following my wish, I follow the wish of guru and Kṛṣṇa. Anarthas are related to the body, and if that identification is gone, then there is no more anartha. But that is difficult. It is a direct attack on our existence and identity, and we have to do it ourselves. It is like committing suicide or burning our house happily. Burning our identity means changing it. Instead of thinking that we are independent enjoyers, we think that we are servants of Kṛṣṇa—and that is not a superimposition; that is our identity. It means coming to the light (tamaso mā jyotir gamaya).

We have lived in untruth for so long that we don’t want to change. Untruth has become familiar to us. Our mind feels comfortable with the known and fears the unknown. Therefore, it clings to the untruth. As a result, we don’t like to surrender. Surrender is for the brave in heart. People think that surrendering is a weakness. That may be true in material dealings but not on the path of bhakti. Arjuna was not a weak person. He was heroic. He surrendered and said, “I shall do your bidding.”2 This did not make him weak. He was feeling weak and despondent before he surrendered.

Although all suffering comes from the body, we still love it and are surrendered to it, no matter how much pain it gives us. This is natural surrender. It is not based on any injunction, vidhi. This is raga-bhakti for the body. We have to get out of this attachment for the body. It is not possible to love the body and simultaneously to have love for Kṛṣṇa. If we can spend a fraction of the time that we spend on the body in service to Kṛṣṇa, then our life is successful. So, attachment to the body is the foundational anartha. At present, our body, which includes the mind, is our guru. Kṛṣṇa is asking us to change our guru. If we can change our object of surrender, then anartha is gone. This is uttamā-bhakti.