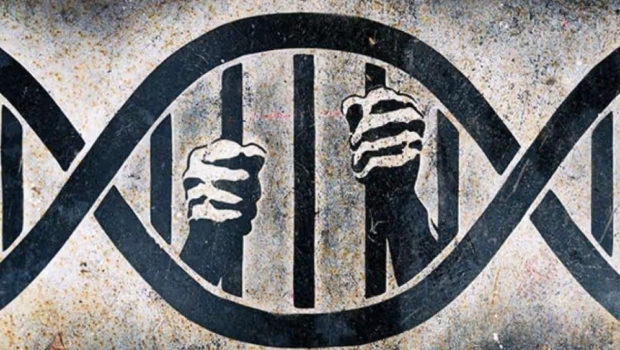 There is no product or effect that does not have a cause, and there is no cause that does not have an effect. Science primarily studies the causes behind perceived effects and vice versa. The laws of nature are believed to be fixed and based on these laws; science can therefore make predictions. However, the rules become less certain and thus less predictable at the quantum level. Predictability then acquires an element of probability.

The Complexities of the Karmic Cycle

Consciousness is even more subtle than quantum particles. Thus, the cause-effect relation becomes even more complex when a conscious being is involved. In Sanātana Dharma, the cause-and-effect pertaining to matter is called svabhāva, and that related to the actions of a human being is called karma. Karma is used for both the cause and the effect.

Karma, therefore, is a cause-effect relationship but it is more intricate than svabhāva, the cause-effect relationship that applies to matter. Kṛṣṇa says that the outcome of karma is difficult to understand, gahanā karmaṇo gatiḥ.1 It can be understood only with the help of śāstra. The complexity arises because actions involving consciousness do not follow the mechanical laws of science. One of the major differences is that karma is cyclic. In the case of a material product, it does not become the cause of another product on its own. But in the case of karma, the effect does not remain an effect. Rather it becomes the cause for another karma (except for yogīs.) Thus, the cycle of karma continues. The effect of karma is what we call fate. Fate is nothing but past karma; it generates more karma. Thus, it can be said that a cause-and-effect relationship is that which governs matter, and karma is that which governs life. Since the world not only consists of matter but also includes forms of life, it is important to understand the working of karma.

Everyone engages in karma, or action. We are always engaged in some karma. Even when we are not doing anything knowingly, some karma is involved. Therefore, Kṛṣṇa says that no one can remain without doing anything, not even for a moment—na hi kaścit kṣaṇam api jātu tiṣṭhaty akarmakṛt.2

There are two types of karma, laukika and Vedic. Laukika karma is an action that is not prescribed in the Vedas as one’s duty to be executed. This includes secular activities such as eating, sleeping, walking, talking etc. Vedic karma, on the other hand, is that which is ordained by the Vedas, such as performing an agnihotra yajña.

Both types of karma have two types of effect, namely immediate and delayed. For example, a laukika karma such as eating gives the immediate effect of quelling one’s hunger, and of satisfaction to the mind. Its delayed effect is nourishing the body. There may be other effects, such as causing an ailment if the food was not salubrious. Similarly, a Vedic act such as performing an agnihotra or chanting mantras gives the immediate effect of good mental health, and the delayed effect of going to Svarga (heaven), etc.

How do these effects of karma manifest? Karma brings a change inside the agent as well as in the outside environment. Whenever we do something, it brings a change within. It creates a saṁskāra (subtle impression), which is stored in one’s citta (unconscious mind, or heart). This saṁskāra influences one’s future in two ways. Its first influence is that it generates thoughts, desires, and emotions that lead to further action. Although a saṁskāra is an effect of a past action, it becomes the cause of future action.

The second influence is external. For a particular karma in the form of saṁskāra to manifest, there must be a suitable external situation. For example, if you do a charitable act, then it gives the immediate effect of satisfaction, which creates a saṁskāra in the citta. In the form of a delayed effect, the charitable action will present a favorable or happy situation externally. This external effect is brought out by the divine beings or devas under the supervision of Paramātmā.

In the Purāṇas, it is described that after a person dies, he is carried to Yamaloka, the abode of Yamarāja, the god in charge of death. He has an assistant named Citragupta, who maintains a record of each person’s karma. Yamarāja summons Citragupta, who reads out the good and bad deeds performed by the person, and based on this, Yamarāja metes out the outcome of one’s karma.

The name Citragupta is a compound word made from two words—citra and gupta. Citra means “a photo or imprint,” and gupta means “hidden.” Thus, Citragupta literally means “a hidden imprint or photo.” What it signifies is a saṁskāra in the citta, which is like the hidden photo of one’s action. The citta is like a hidden camera in every person’s heart region, which records everything. Every experience in one’s life becomes recorded in the citta in the form of saṁskāras. Saṁskāras are responsible for manifesting one’s karma in the future and thus they constitute one’s fate. When a particular situation or action is meant to happen in one’s life, the specific saṁskāra, being impelled by the force of time, will give a particular thought or emotion in the mind, and then the person will act on it. This is how our life is shaped by our past karma or fate.

The External Effect of Karma

Besides creating an internal change, karma also has an external effect. We are always influencing outside nature by our actions. The universe is a closed unit. If one smokes on a plane or in a closed room, everyone present in the room is influenced by the smoke. In the same way, performing agnihotra or chanting japa brings a benevolent external effect, which will influence others. Thus, the immediate, external effect of one’s karma is what impacts others and can thus be called common karma. The delayed external effect will come in the form of good or bad external situations. While the internal effect is related and attached to the specific ātmā, or soul, who performed the act, the common karma does not adhere to a specific ātmā. It is embedded in nature. Nature also has an ātmā, which is cosmic. A change in nature or the environment, such as global warming, pollution, or the current pandemic is the outcome of our collective karma; it influences us collectively.

It is observed that when people do a certain activity in a particular area, it produces a change in the environment such that it becomes easier for new people to learn and perform that specific activity. For example, if one wants to learn how to play tennis, it will be easier to learn it in an area where a lot of people play tennis than in a place where no one plays it. It is based on this principle that we have holy places, tīrthas, like Vrindavan in India. It is easier to do sādhana in such places because many people have done sādhana in these same places and attained perfection. They have created a sacred atmosphere in these places. For this reason, it is said that chanting a mantra once in Vrindavan is like chanting it one hundred times outside Vrindavan.

The Benefit of Saintly Association

The principle of the external effect of karma is also the reason behind satsaṅga or sādhu-saṅga, and behind festivals like the Kumbha Melā. People benefit just by the presence of sādhus. In the Yoga-sutra (2.35), it is stated that a yogī who perfects the principle of ahiṁsā influences his vicinity such that people who come into his association give up enmity, ahiṁsā-pratiṣṭhāyāṁ tat-sannidhau vaira-tyāgaḥ. Therefore, we hear in the Purāṇas that tigers and deer would play together in the āśrama of sages. According to modern neuroscience, our brain has certain neurons called von Economo neurons (VENs), or spindle neurons. These neurons become influenced when we associate with others.

The two influences of karma can be further understood from the two divisions of māyā called nimitta and upādāna. These two divisions are also called jīva-māyā and guṇa-māyā, respectively. Jīva-maya is that which influences our inner senses, the antah-karaṇa consisting of manas, buddhi, citta, and ahaṅkāra. Guṇa-māyā is that which presents things externally for us to experience. A typical manufacturing company runs exactly like these two divisions of māyā. As guṇa-māyā, they manufacture a product, for example, Coca-Cola. Then as jīva-māyā, they advertise so that people become desirous to drink it. Advertisements are meant to influence our antaḥ-karaṇa, to create a desire within us, and then to influence our buddhi to buy it. Once that is achieved, the company must make its product available for sale. This matches with the two effects of karma—internal and external. After all, karma is part of avidyā, or māyā. That is why sometimes it is called avidyā-kāma-karma.

In essence, individual karma is stored within us but needs an external environment to manifest. What is stored within is individual whereas the external karma one is communal. That becomes the common karma which influences in two ways. One is the neutral way. For example, people around a smoker will be influenced by the smoke. The other way it influences us is by our identification—either positively as an attachment, raga, or negatively as dislike, dveṣa. For example, if I identify myself as Indian, then any positive thing that happens to India has a bearing on me. People in India go crazy when there is a cricket match, especially between India and Pakistan. This type of influence is due to identification with an entity beyond one’s individuality. You can thus assume that the bigger entity has an ātma. So, a country also acquires an ātma, as much as rivers and mountains do. It is just a matter of identification.

Due to the nature of our ahaṅkāra, we identify with what is good about our country, our team, or our very own self. We do not like to see negativity about something with which we identify. It is good that the citta keeps a record of everything so that we can introspect. We have the choice to go beyond our ahaṅkāra, and to truly look at those saṁskāra lying in our citta that we deny or avoid. If we work on these saṁskāras in this present body, then we are great persons who have taken responsibility for our anger, jealousy, possessiveness, pride, and selfishness. If we avoid working on our saṁskāras, we will have to wait for Citragupta to point them out to us after death.

However, if we want to get rid of our karma altogether, we should take to bhakti in the true sense, as servants of Kṛṣṇa. This will make us free of karma because we will not identify with our bodies independently anymore.