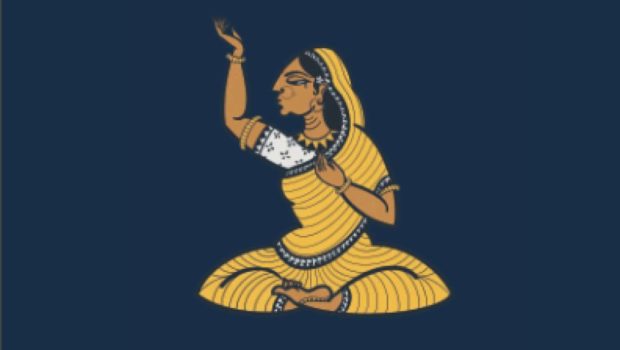 Review: Inherent or Inherited? Bhakti in the Jīva

By Edwin Bryant, Professor of Hindu Religion and Philosophy Rutgers, The State University of New Jersey. Inherent or Inherited? is available from Amazon.com.

Lineage-based religious traditions, especially theistic ones claiming revelations of realities otherwise inaccessible or transcendent to human reason, inevitably run into major theological controversies sooner rather than later. One need only consider the great theological debates in early Christianity—the Ebionite rejection of Jesus’s divinity; the Docetic opposing swing to the denial of Jesus’s humanity; the Marcionite and neo-Platonic appropriators of Gnostic cosmologies; the monistic direction taken by the Modalists; the humanizing of Jesus’s nature in the Arian crisis; and on and on through Apollinarianism, Nestorianism, and the filioque controversies pertaining to the ontological status of the Holy Spirit. All of these challenged the early Church and occupied the attention of its greatest minds in the early councils seeking to standardize orthodox doctrine and determine exegetical authority.

The history of the Gauḍīya Vaiṣṇava tradition is no exception to similar controversies—naturally in the immediate post-charismatic period, there were differing opinions pertaining to Caitanya’s divinity just as there were those pertaining to Christ. A major forerunner in the Gauḍīya tradition to the type of doctrinal controversy covered in Inherent or Inherited? was the svakīyā versus parakīyā debate. The former svakīyā position, initially sponsored by Jīva Goswāmī—whose Sandarbhas established the entire philosophical basis for the budding tradition—states that Kṛṣṇa and the gopīs, spearheaded by Rādhā, are eternally married and this relationship is the truest expression of their transcendental love. The position over the next century swung to the opposing parakīyā position—where the highest expression of this love was identified in the transgressional risks of the unmarried state. The debate simmered on, surfacing in the late seventeenth century with Viśvanātha Cakravartī arguing against the svakīyā view in Vṛndāvana, while somewhat later his own disciple, Kṛṣṇadeva Sārvabhauma, took the opposing position by defending the svakīyā view under the influence of the famous Rāja Jaisingh II of Jaipur. Kṛṣṇadeva was thereafter defeated by Rādhā Mohana Ṭhākura, the propounder of the parakīyā view and descendant of a prominent disciple of Jīva, in two further public debates in Bengal. As we find echoed through the protagonists in Padmanābha Swāmī’s book, whether for theological or strategic reasons, clearly this issue separated disciples from gurus, and gurus from foundational ācāryas.

Inherent or Inherited? covers a modern-day controversy that initially emerged amongst members of iskcon, with arguably even more theological importance than these earlier historical counterparts and certainly one with the utmost soteriological significance to the bhakta community. (We can note that the same controversy had precedents among the disciples of Bhaktisiddhānta Saraswatī, after Ananta Vāsudeva and his followers separated from the Gauḍīya Matha and drew attention to this and other siddhāntic differences with the Gauḍīya Matha’s official stance.) The title reflects the book’s underlying thematic issue: Do the jīvas have an inherent and eternal svarūpa, divine form, somehow compressed and latent within their very essence, or is such a form inherited, viz., bestowed post-mortem on the accomplished devotee? In this latter view, the svarūpa—the deep-level self—is the normative generic sat-cit ātman, construed in general accordance with the ontology of the jñāna traditions, and the siddha-dehā awarded to it only once the requisite level of rāgānugā bhakti has been attained within the aspirant’s fully devotionalized prakṛtic mind. The forerunner of this controversy was the “fall of the jīva” debate, which surfaced in the 1980s; the issues are essentially two sides of the same coin (clearly it makes more sense from an inherent point of view to suppose any notion of an inherent svarūpa was once active in Goloka before a fall, than to imagine it was eternally suppressed in saṁsāra since beginningless time in a no-fall theology).

As is often the nature of such intractable theological issues, both positions have unsatisfactory components from a philosophical point of view: On the one hand, to conceive of an ātman that has been eternally suffering for no initial causal reasons on its part seems ontologically cruel when considered through the cause-effect lens of rational phenomenological ways of thinking. On the other hand, while a fall position has a cause, it presents other problems—how can some primordial imperfection of the soul’s will fundamental to a fall doctrine, for example, exist in the perfect state of Goloka or personalist Brahman? This would go against the very essential nature of perfection: if Kṛṣṇa is so infinitely perfect, beautiful, and all attractive, whence the seed of discontent on the part of some recalcitrant beings in the divine realm?

Obviously, philosophy cannot resolve such issues pertaining to the specific nature of non-prakṛtic realities, as the Vedāntins acknowledge in their opening verses to the Vedānta-sūtra: it is a theological issue only accessible through divine revelation, and Padmanābha Swāmī sets out to meticulously lay out the scriptural statements relevant to this issue. In this, he engages the primary canonical text of the Gauḍīya lineage, the Bhāgavata, and the body of writing of the Goswāmīs, the undisputed primary theologians of the tradition. In actual fact, it is not even an issue in these epistemological sources as the inherent view is not even on the radar of the composers of these sources—there is no awareness expressed of this as a soteriological option. These epistemes are only ever-present the grand finale goal of personalist bhakti—a svarūpa form with which to serve Bhagavān in the divine realm of Goloka or Vaikuṇṭha—as an inherited form, viz., bestowed at liberation upon the discarding of the material body.

The strength of this book is its meticulous compilation of reams of data gleaned not just from the Bhāgavata but from the broader Vedānta literary tradition within which it situates itself, as well as from lineage-relevant supplementary texts such as the Caitanya Caritāmṛita. The evidence compiled is overwhelming and the scholarship exhaustively rigorous, so the Swāmī has presented us with, I do not hesitate to predict, the definitive analysis of this issue for posterity. Inherent or Inherited? is an impressively solid piece of research, elegant in tone, coherently structured, well-written, and most importantly, definitive. While the Swāmī is not an academic, he is certainly an intellectual, and the work is undoubtedly an excellent piece of scholarly research directed at his primary readership of Gauḍīya practitioners (and the topic and scholarly quality of the work is such that it will appeal to interested theologians, philosophers of religion, and intellectual historians more broadly). In short, Padmanābha Swāmī has done an outstanding theological service to the Gauḍīya tradition, for which he is to be commended. Inherent or Inherited? deserves to be read by all thoughtful devotees.

As part of his project, Padmanābha Swāmī also researches the origins of the inherent position: Bhaktivinoda Ṭhākura, Bhaktisiddhānta Saraswatī, and Bhaktivedanta Swami all espoused this view, the latter overwhelmingly so, even as they at times used language pointing to an inherited position (and the second part of the book undertakes contextual consideration as to why these ācāryas saw fit to espouse inherited views by drawing attention to possibilities of strategic apologetics relevant to their sociocultural moment). While the book is by no means polemical, but philological, all this research, understandably, does put those who follow Prabhupāda as an exclusive source of authority in somewhat of a cognitive dilemma. After all, disciples of Prabhupāda may well feel it was their guru who pulled them out of the mire of ignorance and hedonism and, literally, taught them everything they know pertaining to the spiritual life, from the basics of personal hygiene up to and including the very exegetical notions of canonical texts, Vedānta lineages, and theology-establishing founding fathers. They may feel uncomfortable “jumping over the head” of their guru and opt to place their fidelity exclusively in him when it comes to tensions in siddhānta of this sort, given all he has done for them.

One can choose to see this attitude as myopic and dogmatic, or, as I do, noble and respect-worthy, but the extent to which it is at odds with normative Gauḍīya epistemological criteria, as the Swāmī argues, is a question which defenders of inherence need determine. But such dissonance is not of the author’s making, and Padmanābha Swāmī sees himself as having a job to perform as a theologian on behalf of a broader Gauḍīya orthodoxy, a dharma to not only establish siddhānta but to also reiterate and stress standard epistemological procedures, or “epistemic hierarchies” as he puts it (which he lays out in the opening chapter of his book). And he has fulfilled those goals with remarkable intellectual acumen and exhaustive research. Thus, irrespective of any cognitive dissonance it may provoke, the book is a definitive piece of scholarship and overwhelmingly authoritative in its conclusions. This is hermeneutics at its best and a testimony to the theologizing sophistication and exegetical excellence that is to be increasingly found in spokespersons for transplanted Vraja bhakti. It is hard to think of a more important topic than the very essential nature of the deep-level ontological self. Inherent or Inherited? deserves to be read by all thoughtful followers of the Gauḍīya tradition and promises to be the authoritative go-to source for the theological controversy it covers for generations to come.