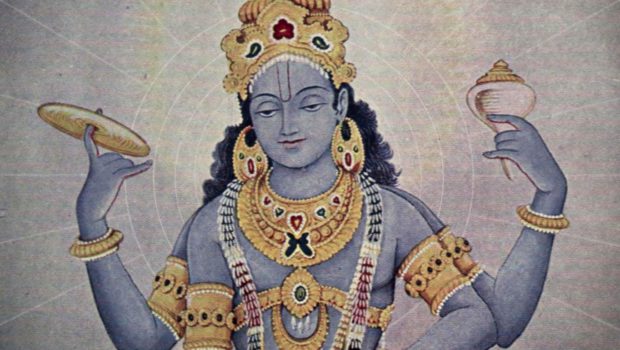 The Simultaneous Inherency and Bestowal of Bhakti—Part 5: The Twenty-One Intrinsic Characteristics of the Soul

How Some Svarūpa Characteristics Can Be Unmanifest

Importantly, although these characteristics are eternal, they are not all fully manifest when the jīva is conditioned by material nature. Thus, Jīva Gosvāmī devotes four anucchedas (Paramātma Sandarbha 23–26) to explaining that when the jīva is materially conditioned, some of his svarūpa qualities are hidden. For example, Jīva Gosvāmī quotes Śrīdhara Svāmī in anuccheda 23 as saying that the jīva’s bliss is hidden (apeta-bhāgaḥ) when he is conditioned by material nature. But what is the significance of this point in regard to whether bhakti is inherent?

All the Vaiṣṇava sampradāyas, Gauḍīya Vaiṣṇavism included, say that one cannot be liberated without bhakti. Think about the relevance of this point in terms of the soul’s characteristic of ānanda (cid-ānandātmika). If the soul’s bliss is not fully manifest without liberation, then it means that the soul’s ānanda is either the bliss of Brahman or the bliss of bhakti. Why? Because a liberated soul is either identified with Brahman or enjoying the bliss of a relationship with Bhagavān.

But one may ask, why couldn’t cid-ānandātmika refer to the bliss of the jīvan-mukta? In other words, why couldn’t it refer to the bliss of the ātmā who is not identified with material nature but not identified with Brahman or Bhagavān? Jīvan-mukta is a term used by Śaṅkarācārya to refer to someone who is liberated while still in the material body, waiting for his prārabdha-karma to expire. The problem with this idea is that the Vaiṣṇava sampradāyas do not accept Śaṅkarācārya’s definition of jīvan-mukta. For example, Kṛṣṇadāsa Kavirāja Gosvāmī says that only the Vaiṣṇava conception of jīvan-mukta is eternal:

For Gauḍīya Vaiṣṇavas, the only way to be liberated while still apparently in a material body is to be a devotee with a perfected sādhaka-deha. I say “apparently in a material body” because the perfected sādhaka-deha is not considered material.4 According to Gauḍīya Vaiṣṇavism, a jīvan-mukta is a devotee with a relationship with Bhagavān. Therefore, the most that someone without bhakti can realize is that they are not the material body. However, such realization is a product of sattva-guṇa, so someone with such realization is still conditioned by material nature.5 Accordingly, it is not transcendental bliss, and it is not possible that one of the eternal characteristics of the soul is material. Therefore, we come back to the conclusion I stated earlier, that the bliss of a liberated soul is due to either identification with Brahman or a relationship with Bhagavān.

Furthermore, many of the twenty-one characteristics of the soul require śakti, and śakti is unmanifest when the jīva is identified with Brahman. Therefore, the full manifestation of the twenty-one qualities of the jīva occurs only when the soul has a relationship with Bhagavān. What is the relevance of all this? It means that when Jīva Gosvāmī states that an intrinsic characteristic of the soul is that he has ānanda, he is referring to the bliss of a relationship with Bhagavān. In other words, the ānanda of the ātmā is bhakti.

Those who argue that bhakti is not inherent try to get around this problem by saying that Jīva Gosvāmī defined the bliss of the ātmā as the mere absence of suffering. I will refute this misreading of Jīva Gosvāmī in part 10 of this series.

Is it possible that the jīva’s natural state is not liberated? No, because Jīva Gosvāmī says:

…the jīva is liberated by its very own inherent nature, and it is due to ignorance alone that there is but an appearance of bondage. When knowledge arises, the liberated state is simply brought to light. So, the intended sense is that liberation is the jīva’s permanent state.6

Thus, we can see the problem with the idea of those who advocate bestowal-only. They say that the jīva’s intrinsic characteristics can be fully manifest without bhakti. But without bhakti one can’t be liberated.7 However, because Jīva Gosvāmī says that “the jīva is liberated by its very own inherent nature,” this position is illogical: how can you fully experience your inherent nature, which is a liberated state, and not be liberated? And yet, this is exactly the awkward position that those who say bhakti is not inherent are forced into. In the opening anuccheda of Prīti Sandarbha, Jīva Gosvāmī confirms: “As long as the jīva does not have devotion (prīti) for me, Vāsudeva, he will not be liberated from the body (Śrīmad Bhāgavatam 5.5.6).”8 As such, those who reject inherency are backed into this troublesome corner. This fatal flaw of their understanding proves to be a checkmate.

The Four States of Consciousness

To further establish this important point that the jīva can only realize the full manifestation of his intrinsic qualities in liberation, let us consider the same point from another angle of vision—the four states of consciousness described in Paramātma Sandarbha 20. The three states of the jīva—waking, sleeping, and deep sleep—are material. God is famous as the fourth state (turīya). When the jīva (the ātmā covered by avidyā, or ignorance) realizes his true nature, he will experience the fourth state of consciousness.9 Tattva Sandarbha 63.4 clarifies this point: “When the mind, giving up the three states of waking, dreaming, and deep sleep by bhakti-yoga, spontaneously enjoys the lotus feet of the Lord, at that time the conditioned soul realizes the Lord and gives up all material desires (Śrīmad Bhāgavatam 12.7.20–21).”10 Bhagavat Sandarbha 105 confirms, “One cannot realize the real svarūpa described in scripture by being absorbed in the effects of māyā. Thus, for realization you must reject māyā. In the absence of māyā you realize prema.”11

This conclusion is also indirectly confirmed in Paramātma Sandarbha, quoting Śrīmad Bhāgavatam: “Self-realization for the jīva, who is saddled with beginningless ignorance, is not possible by his own efforts. It is possible only if knowledge is imparted to him by another who knows the reality (Śrīmad Bhāgavatam 11.22.10).”13 Why can’t the jīva realize himself by his own effort? It is because of the inconceivable power of māyā:

The extrinsic potency of Bhagavān acts contrary to logic [i.e., her behavior cannot be understood simply through logic]; otherwise, how is it possible that the living entity, who is the ruler of [i.e., superior to] prakṛti, being conscious and liberated, becomes bound and miserable? (Śrīmad Bhāgavatam 3.7.9, quoted in Tattva-sandarbha)14

If self-realization were only the realization that one is separate from the material body, then it would be possible for the jīva to realize such even while conditioned by material nature, because such realization can be achieved with sattva-guṇa.15 Therefore, the reason why the bound jīva needs someone to impart this knowledge to him is because the knowledge is transcendental to the material world. Since the state of consciousness that is transcendental to the material world is God-consciousness—the fourth state of consciousness—self-realization means to realize of our true nature in relation to God.16

As we have seen in this article, to be fully situated in one’s intrinsic nature is to realize our relationship with God by bhakti. This intrinsic nature is eternal, but it is unmanifest and requires grace to realize. Thus, the situation is like the treasure described in part 3 of this series: although the man was wealthy (inherence), he needed the astrologer (bestowal/grace) to tell him where to find his wealth. Similarly, our natural state is to be established in God consciousness, but we need help to turn to God because we are covered by the inconceivable potency of māyā. In this way, we have seen powerful evidence that bhakti is both inherent and bestowed. In the next article, we will consider the matter from another angle of vision: whether the soul searches for bliss or merely for the absence of suffering.

The Simultaneous Inherency and Bestowal of Bhakti—Part 7: The Soul is a Servant of Bhagavān Hari →

The Simultaneous Inherency and Bestowal of Bhakti—Part 6: The Search for Bliss →

The Simultaneous Inherency and Bestowal of Bhakti—Part 4: Vaiṣṇava Vedānta →

The Simultaneous Inherency and Bestowal of Bhakti—Part 3: The Swan →

3 Responses to The Simultaneous Inherency and Bestowal of Bhakti—Part 5: The Twenty-One Intrinsic Characteristics of the Soul