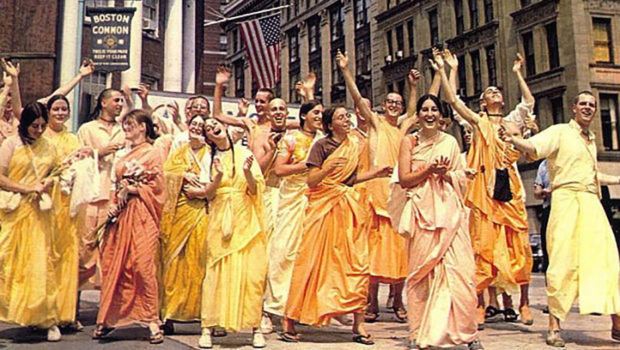 The Simultaneous Inherency and Bestowal of Bhakti—Part 10: Intrinsically of the Nature of Knowledge and Bliss

How the Soul’s Quality of Cid-Ānandātmaka Manifests in Liberation

We should recall that Paramātma Sandarbha 24 describes how certain qualities of the jīva are unmanifest: “By association with māyā, represented by a woman, the jīva loses all his powers, his capacity for inherent knowledge etc. and follows her.”2 Although the jīva’s knowledge is eternal and fully expanded in liberation, his awareness of that knowledge is contracted by the upādhis (limitations) of different material bodies.3 For example, an ant body contracts awareness more than a human body. When the jīva is liberated from all material bodies, then the upādhis, which constricted his knowledge, are removed.

Furthermore, in Paramātma Sandarbha 28, Jīva Gosvāmī writes, “Jāmātṛ mentions that the jīva is not just knowledge. The reason was given…”4 What is the reason that Jīva Gosvāmī is referring to? It is found in anuccheda 22. There, he says that the jīva is not knowledge alone because he also has jñāna-śakti. As I will discuss in part 12, the jñāna-śākti that is a svarūpa characteristic is composed of svarūpa-śakti. Jīva Gosvāmī confirms this later in the anuccheda: “It should be understood that the intrinsic śakti of the jīva [svarūpa-śakti] will give him knowledge of his real self (pratyak-jñāna) whereas turning outwards (understood through the words vilokya, mumuhe and jñāna-gūhayā), the jīva in ignorance obtains material knowledge.”5

Indeed, Jīva Gosvāmī affirms, “For those who maintain that there is no experience of bliss in liberation (only the absence of suffering), they have not achieved the ultimate goal.”6 What he means is that those who identify with Brahman do not experience bliss because there is no śakti in Brahman.7 Such is not the case for the liberated devotees, who are knowers, doers, and enjoyers in the spiritual world. Just because the knowledge or bliss is not manifest when the soul is conditioned by māyā does not mean that the śakti does not exist: “Thus the śakti of an object exists previous to and after the effect, like a potency of a mantra. At the time of the effect, the śakti manifests. This is so for Brahman’s śakti also.”8

Śārīraka-bhāṣya (2.3.18), quoted in the commentary to Bhagavat Sandarbha 8, points out, “In the absence of an object it does not induce consciousness. This is not because it lacks consciousness.”9 What this means is that in the absence of an object, consciousness remains an unmanifest potential (śakti). When an object appears, one becomes conscious of it, just as light traveling through space becomes visible only when it reflects off an object. Similarly, when we are turned away from God, we do not experience the full manifestation of cid-ānandātmaka. However, when we turn to God by the grace of a devotee, then transcendental śakti begins to manifest. The more that we give up our false identification with māyā and instead serve God, the more our inherent qualities manifest: “The qualities which appear when the inferior qualities are destroyed simply manifest on their own. They are not created. They are eternally with the ātmā…the knowledge, detachment, power and dharma are eternally with the ātmā arising from Brahman.”10

In contrast, when the soul turns to God by the mercy of a devotee, then jñāna-śakti manifests. Because there is no duality between cit and transcendental jñāna-śakti, when jñāna-śakti is fully manifest, then cit is transcendental knowledge. Therefore, when the soul is liberated, cit is transcendental knowledge and not mere consciousness, and his ānanda is bliss, not mere freedom from material suffering: “The jīva as a doer in his spiritual state is discussed. What else can be said? Surpassing the bliss of Brahman, the jīva attains happiness as a doer.”13

When our consciousness is identified with material jñāna, we are aware of material knowledge. Jīva Gosvāmī comments, “Though it is established that the jīva is naturally a knower, his knowing that he is a body by ignorance is also jīva’s knowledge, but because of its relation to ignorance, it is not natural to the jīva. Rather it is a distortion.”14 In other words, material jñāna-śakti gives distorted knowledge; therefore, it is not part of the svarūpa-lakṣaṇa of the jīva. Thus, when Jīva Gosvāmī says that the soul has jñāna-śakti as a svarūpa-lakṣaṇa, he is not referring to material jnāna-śakti.

The Dharma of the Jīva

In Prīti Sandarbha 1, Jīva Gosvāmī quotes the Śrīmad Bhāgavatam 5.5.6, “As long as the jīva does not have devotion (prīti) for me, Vāsudeva, he will not be liberated from the body.”15 In other words, without bhakti one cannot experience one’s true nature (since material identification is not one’s true nature). He also discusses how bhakti manifests: “Since it is a special function of the svarūpa-śakti, bhakti arises by the mercy of the Lord. It manifests and is not produced.”16 Here again, we see how bhakti is both inherent and bestowed: it manifests in the jīva’s heart by the mercy of the Lord. We will recall from earlier in the article that Jīva Gosvāmī pointed out, “The qualities which appear when the inferior qualities are destroyed simply manifest on their own. They are not created. They are eternally with the ātmā…the knowledge, detachment, power and dharma are eternally with the ātmā arising from Brahman.”17 The four śaktis mentioned in this verse are not material śaktis. They are the four śaktis that surround the Lord (Bhagavat Sandarbha 8). Therefore, they are svarūpa-śakti. As I mentioned previously in this article, śakti does not manifest in Brahman; therefore, this quotation is referring to qualities of a devotee who is situated in a relationship with Bhagavān. And what is spiritual dharma, the dharma of the soul? It is paro-dharma—bhakti (Śrīmad Bhāgavatam 1.2.6).18

Why are the qualities only fully manifest in a relationship with Bhagavān and not Paramātmā? Since the three forms of Paramātmā—Kāraṇodakaśāyī, Kṣīrodakaśāyī, and Garbhodakaśāyī—relate to the material world, once the jīva is liberated from the material world, worship of Paramātmā leads either to identification with Brahman or serving Bhagavān. Of course, identification with Brahman is not the full manifestation of the jīva’s potential because all śakti is unmanifest in Brahman. Therefore, as we have seen throughout this article, the full manifestation of the jīva’s twenty-one qualities occurs only when the jīva is liberated from māyā and is established in love of God. When the jīva is situated in his svabhāva, he is no longer influenced by the māyā-śakti, no longer acts as a medium of the Lord for producing the material world (taṭastha-śakti), and instead has all his qualities fully manifest, which means that he wills, knows, and acts with inherent svarūpa-śakti.19

We will explore this topic in more detail in part 13 of this series, in which I discuss Bṛhad Bhāgavatāmṛta (2.2.175-196), which some devotees point to in their attempt to establish that bhakti is not inherent. First, however, I would like to turn to the topic of taṭastha-śakti. A clear picture of taṭastha-śakti is essential for understanding the soul’s characteristics. As we will see, Jīva Gosvāmī uses the term in two distinct ways. If one fails to recognize this distinction, it can throw off one’s understanding of the jīva’s relationship with the svarūpa-śakti.

8 Responses to The Simultaneous Inherency and Bestowal of Bhakti—Part 10: Intrinsically of the Nature of Knowledge and Bliss