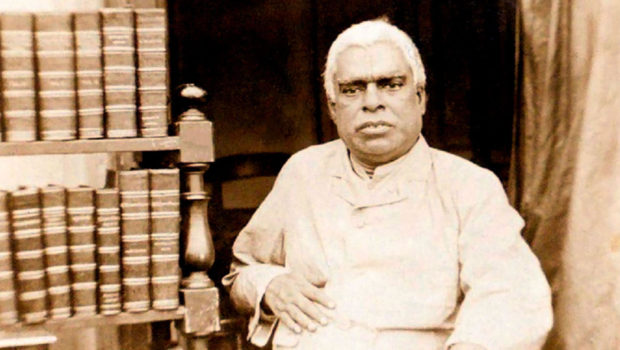 The Simultaneous Inherency and Bestowal of Bhakti—Part 18: Concluding Words

Over the last seventeen articles, I have shown how Śrī Jīva Gosvāmī establishes both the inherency and bestowal of bhakti. This teaching is in line with all the major schools of Vaiṣṇava Vedānta. Each school of Vedānta has to reconcile the apparent difference between the world—with all its variety—and the Vedāntic understanding of advaya-jñāna-tattva (one nondual Absolute Truth). The way that Gauḍīya Vaiṣṇavism explains this apparent contradiction is through śakti—the Lord is one and different with his śaktis:

Kṛṣṇa is the nondual Absolute Truth, the Supreme Personality of Godhead. Although He is one, He maintains different personal expansions and energies for His pastimes.1

No other school of Vedānta puts as much emphasis on śakti as Gauḍīya Vaiṣṇavism. It is not surprising, then, that śakti is the key to understanding how bhakti is both inherent and bestowed. The soul is endowed with twenty-one intrinsic attributes, and many of these attributes cannot manifest without śakti. In fact, the covering of the soul by māyā is only possible because the śakti of the soul is not manifest. Because the soul is covered by māyā, the soul requires mercy to realize his true nature—to manifest his inherent śakti.

Based on his extensive study of the Sandarbhas and other core Gauḍīya literature, Śrīla Bhaktivinoda Ṭhākura established both inherency and bestowal throughout his books. As I wrote in my opening article, Sundara Gopāla provided extensive evidence to establish that Bhaktivinoda Ṭhākura’s statement that bhakti is the dharma of the soul (jaiva-dharma) was not a provisional concept but rather a foundational aspect of his teachings. He also gave historical evidence that Bhaktivinoda Ṭhākura had studied Jīva Gosvāmī’s Sandarbhas extensively, as well as the writings of Śrī Jāmātṛ Muni, whose verses form the basis of Jīva Gosvāmī’s explanation of the characteristics of the jīva.

Although other parivāras may have other valid interpretations, those of us in the Bhaktivinoda parivāra have good reason to put our faith in Śrīla Bhaktivinoda Ṭhākura’s understanding of Gauḍīya siddhānta. He edited and published over one hundred books—creating a resurgence of Gauḍīya Vaiṣṇavism—and was appropriately hailed the seventh Gosvāmī. Furthermore, we should not be bewildered by the fact that other parivāras may have different understandings. After all, look how many different interpretations there are of the Vedānta-sūtras.

Moreover, it is not only those in the Bhaktivinoda parivāra who accept the inherence and bestowal of bhakti. As we saw in the last chapter, Baladeva Vidyābhūṣaṇa came to the same conclusion. In a similar vein, Kṛṣṇadāsa Kaviraja Gosvāmī writes:

The jīva’s intrinsic nature is to have the conception of being a servant of Kṛṣṇa. That knowledge is covered by the misconception of the body being the self.2

It is the living entity’s constitutional position to be an eternal servant of Kṛṣṇa.”3

I’m sure that some devotees will insist that only their interpretation of Śrīla Jīva Gosvāmī is correct, quite likely on the basis of my not being a Sanskritist. Moreover, I have no doubt that my arguments can be improved. I see my articles as a first attempt, and I look forward to further discussion and refinement. However, for those of us in the Bhaktivinoda parivāra, I believe that the jury is no longer out on why Śrīla Bhaktivinoda Ṭhākura stressed both inherency and bestowal. As such, any refinements to our understanding should be in keeping with his vision. A prolonged debate with those in other parivāras is unlikely to be particularly fruitful. My own inspiration in writing these articles was not to convince those in other parivāras, but rather to defend the validity of my own parivāra against specific arguments that had not been made in the time of Bhaktivinoda Ṭhākura, Bhaktisiddhānta Sarasvatī Ṭhākura, or Śrīla A. C. Bhaktivedanta Swami Prabhupāda and had therefore not been previously addressed.

I would like to draw to a close by saying that if we were merely units of being with only a potential through an outside influence to know and love, we would have no real inherent reason or necessity to be at all. Unless we have an inherent necessity to love, there is no meaning to our existence, and we are purposeless. Sādhu-saṅga does not give us a purpose that we did not already have. It sheds light on our inherent purpose. This is what Ṭhākura Bhaktivinoda referred to when coining the phrase jaiva-dharma. May his parivāra continue to bless the world with its insight.

That said, interpretations of core Gauḍīya texts that reach a different conclusion, insisting that bhakti is in no way inherent in the jīvātmā, will no doubt continue to resonate with some practitioners, and we do for that matter find spiritually advanced devotees on either side of the debate. Thus, no one has a monopoly on the siddhānta concerning this topic and hopefully all parties are well served by robust sādhu-saṅga and as such will meet one another on the other side.

Let me conclude with some quotations about the inherency and bestowal of bhakti from our ācāryas in the Bhaktivinoda parivāra.

“Prema is the jīva’s eternal dharma. The jīva is not dull matter. It is an object beyond matter. Consciousness is its constitution. Prema is its dharma. Being the servant of Kṛṣṇa is pure prema. Thus prema, in the form of being Kṛṣṇa’s servant, is the jīva’s innate dharma.” (Jaiva Dharma, ch. 2)4

“Bhakti is the natural impulse of the soul.” (The Harmonist, Vol. 28)

“Śrīmad Bhaktivinoda Ṭhākura has written all the books following the scriptural conclusions of Śrīla Jīva Gosvāmī. All his books are supplements to Śrīla Jīva and Śrī Baladeva’s books. Our current endeavor is also to follow Śrīla Jīva.” (Prabhupader Samlap)

Sannyasi: How is it that one develops his innate nature? Is it developed?

“Svarūpa-śakti is within. Only that should be discovered. That is within, the inner wealth, and only the outer cover has checked the activities of svarūpa-śakti—that of distributing this divine message to one and all.” (Encounters with Divinity)

“When analyzed, then, it is found that our svarūpa is more suitable for such and such service—in Vaikuṇṭha or Goloka. So, we have our fixed svarūpa, some in Vaikuṇṭha, some in Goloka. In Goloka also, there are different rasas, so it is within.”

“Love of God is dormant in everyone, and if one is given a chance to hear about the Lord, certainly that love develops. Our Kṛṣṇa consciousness movement acts on this principle.”  [Cc. 1.7.141, Purport]6

Śrīla Prabhupada, emphasizing bestowed and inherence within the same passage, shows clearly that he intends both together:

9 Responses to The Simultaneous Inherency and Bestowal of Bhakti—Part 18: Concluding Words