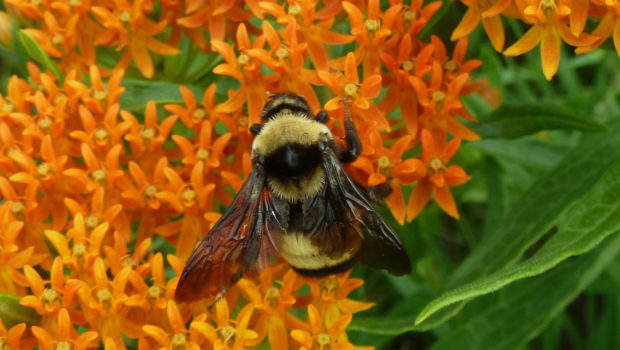 The Play of Bumblebees

When put to the test, bees have proved over and over again that they’ve got a lot more to offer than pollinating, making honey and being fiercely loyal to a queen. The industrious insects can count and alter their behavior when things seem difficult, and now some scientists say there’s proof they also like to play.

A study recently published in Animal Behavior suggests that bumblebees, when given the chance, like to fool around with toys.

Researchers from Queen Mary University of London conducted an experiment in which they set up a container that allowed bees to travel from their nest to a feeding area. But along the way, the bees could opt to pass through a separate section with a smattering of small wooden balls. Over 18 days, the scientists watched as the bees “went out of their way to roll wooden balls repeatedly, despite no apparent incentive to do so.”

The finding suggests that like humans, insects also interact with inanimate objects as a form of play. Also similar to people, younger bees seemed to be more playful than adult bees.