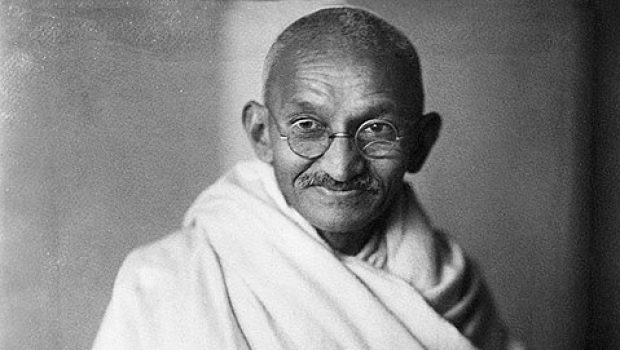 Gandhi on Jesus and Money

By Mahatma Gandhi, originally published in Young India, republished by Plough. During his tour of Ceylon, Gandhi gave the following message to the Christian and Buddhist youth that had gathered to hear him at the Colombo YMCA.

To you, young Ceylonese friends, I say: Do not be dazzled by the splendor that comes to you from the West. Do not be thrown off your feet by this passing show. The Enlightened One has told you in never-to-be-forgotten words that this little span of life is but a passing shadow, a fleeting thing, and if you realize the nothingness of all that appears before your eyes, the nothingness of this material case that we see before us ever changing, then indeed there are treasures for you up above, and there is peace for you down here, peace which passeth all understanding, and happiness to which we are utter strangers. It requires an amazing faith, a divine faith and surrender of all that we see before us. What did Buddha do, and Christ do, and also Muhammad? Theirs were lives of self-sacrifice and renunciation. Buddha renounced every worldly happiness, because he wanted to share with the whole world his happiness which was to be had by men who sacrificed and suffered in search for truth. …

So be not lifted off your feet, do not be drawn away from the simplicity of your ancestors. A time is coming when those who are in the mad rush today of multiplying their wants, vainly thinking that they add to the real substance, real knowledge of the world, will retrace their steps and say, “What have we done?” Civilizations have come and gone, and in spite of all our vaunted progress I am tempted to ask again and again, “To what purpose?” Wallace, a contemporary of Darwin, has said the same thing. Fifty years of brilliant inventions and discoveries, he has said, has not added one inch to the moral height of mankind. So said a dreamer and visionary if you will – Tolstoy. So said Jesus, and Buddha, and Muhammad, whose religion is being denied and falsified in my own country today.

By all means drink deep of the fountains that are given to you in the Sermon on the Mount, but then you will have to take sackcloth and ashes. The teaching of the Sermon was meant for each and every one of us. You cannot serve both God and mammon. God the Compassionate and the Merciful, tolerance incarnate, allows mammon to have his nine days’ wonder. But I say to you, youth of Ceylon, fly from that self-destroying but destructive show of mammon.