Review: Yoke: My Yoga of Self-Acceptance

... the teacher’s approach to yoga not only appropriated South Asian traditions, it also erased Stanley’s Black American lineage: “it made me feel as though I was being told to steal someone else’s cultural identity and nullify my own.”

What Maharaja does in this book, then, is to bring cow care into the 21st century by pairing it with modern animal ethics. Updating the way in which Vaishnavas think and speak about cow care has been long overdue

Review: Wise Love: Bhakti and the Search for the Soul of Consciousness

Wise Love may be particularly helpful to readers who have some exposure to bhakti thought and practice, especially to Caitanya vaisnavism, through having friends or family members engaged in Krishna bhakti. Those who have been exposed to bhakti through college or university courses on philosophy or religious studies may also find this book useful. As I’ve noted, this book may not necessarily serve as the best introduction to bhakti for those who don’t have some background that has already aroused their interest. This is not a book that wraps bhakti philosophy up into a neat package. Instead, it opens space for questions

Published by academic publisher Lexington Books, the present volume is the second in a series dedicated to constructive work within the Indic traditions, that is, to delving into ethical, philosophical and theological questions from the practitioner\'s engaged perspective, but in a way that meets scholarly standards of logical argumentation and evidence

Bhakti Blossoms, a new anthology of contemporary Vaishnavi poetry edited by Krishna Kanta dasi, offers readers the opportunity to hear from a wide range of female practitioners—feminine and masculine, newcomers and lifelong sadhakas—from a number of Gaudia groups 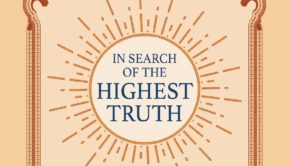 Review: In Search of the Highest Truth: Adventures in Yoga Philosophy

This volume shows how a popularized version of Gaudiya Vaisnavism can indeed engage meaningfully with the modern yoga community, so as to offer new perspectives on important issues of spirituality and philosophy 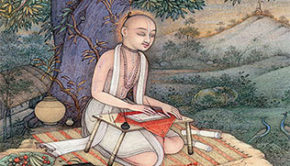 Sri Krsnadasa Kaviraja’s fourteen verse mangalacarana to his classic work Sri Caitanya Caritamrta serves as the seed conception containing all the central ideas of Gaudiya theology, metaphysics, and aesthetics that he intends to bring forth in the elaborated text. Exactly how this is so has been clearly, systematically and poetically illuminated by Swami B.V. Tripurari in his latest book, Sacred Preface 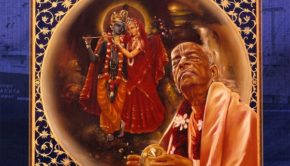 For those of us who love Agnideva prabhu and his kirtana, it has been far too long since his last album 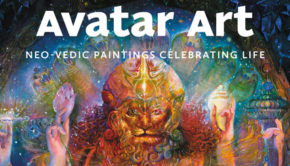 The book is a must for artists and lovers of art, and for all who want to fully appreciate the visual beauty of Krishna Consciousness. It evinces a beautiful foray into an aspect of the Krishna movement that is rarely explored—its art

At the heart of this book is the methodology of Swami Tripurari’s constructive theologizing, which follows a hermeneutical trend set by Kedarnath Datta Bhaktivinoda, a predecessor theologian of the Vaisnava tradition