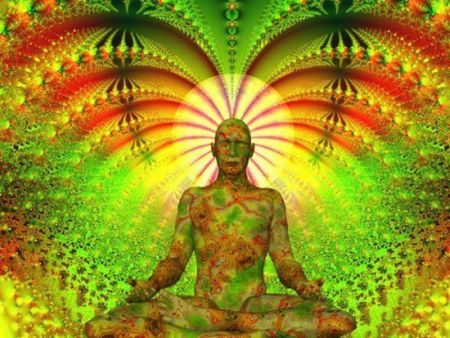 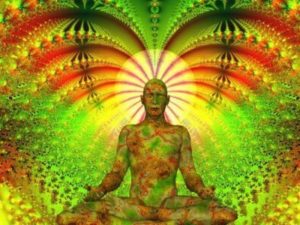 Andrei Linde is the co-inventor of the theory of eternal inflation, which holds that the universe expands or inflates very quickly at first and that this sort of event may have occurred many, many times, perhaps an infinite number of times, in a universe that is constantly self-reproducing. Linde is a physics professor at Stanford University. Russian born, his spiritual attraction lies more with Hinduism than the Abrahamic religions.

In his insightful article “Inflation, Quantum Cosmology, and the Anthropic Principle,” Linde questions the dominant assumption in the scientific community concerning the role of consciousness. His common sense that our knowledge of the world starts with consciousness is related more to the role consciousness plays in perception. He does not address the more important issue for Vedantins, that of the role consciousness plays in identity or the sense of I-ness it affords us that leads many mystics to declare that we are consciousness. This of course makes consciousness matter that much more. Nonetheless, Linde’s point in the excerpt below is representative of the theme running throughout Srila Prabhupada’s Life Comes From Life, and more so of B.R. Sridhara Deva Goswami’s “fossil fatherhood” found in his Subjective Evolution of Consciousness. An excerpt from his article follows:

We cannot rule out the possibility that carefully avoiding the concept of consciousness in quantum cosmology may lead to an artificial narrowing of our outlook. Let us remember an example from the history of science that may be rather instructive in this respect. Prior to the invention of the general theory of relativity, space, time, and matter seemed to be three fundamentally different entities. Space was thought to be a kind of three-dimensional coordinate grid which, when supplemented by clocks, could be used to describe the motion of matter. Spacetime possessed no intrinsic degrees of freedom; it played a secondary role as a tool for the description of the truly substantial material world. The general theory of relativity brought with it a decisive change in this point of view. Spacetime and matter were found to be interdependent, and there was no longer any question which one of the two is more fundamental. Spacetime was also found to have its own inherent degrees of freedom…. This is completely opposite to the previous idea that spacetime is only a tool for the description of matter.

The standard assumption is that consciousness, just like spacetime before the invention of general relativity, plays a secondary, subservient role, being just a function of matter and a tool for the description of the truly existing material world. But let us remember that our knowledge of the world begins not with matter but with perceptions. I know for sure that my pain exists, my “green” exists, and my “sweet” exists. I do not need any proof of their existence, because these events are a part of me; everything else is a theory. Later we find out that our perceptions obey some laws, which can be most conveniently formulated if we assume that there is some underlying reality beyond our perception. This model of a material world obeying laws of physics is so successful that soon we forget about our starting point and say that matter is the only reality, and perceptions are nothing but a useful tool for the description of matter. This assumption is almost as natural (and maybe as false) as our previous assumption that space is only a mathematical tool for the description of matter. We are substituting reality of our feelings by the successful working theory of an independently existing material world. And the theory is so successful that we almost never think about its possible limitations.

From what Linde has written it is clear that the success he refers to is potentially more troublesome than it has been helpful. Help! Does matter matter? Apparently it exists whether we are conscious of it or not. According to the March issue of the Economist, Kazuhiro Yokota of Osaka University, along with his colleagues, managed to do what had previously been thought impossible: they probed reality without disturbing it. Not disturbing it is the quantum-mechanical equivalent of not really looking. So they were able to demonstrate that the universe does indeed exist even when it is not being observed—something for Advaitins to think about.

So matter exists, but the question remains: if it existed alone in a world devoid of consciousness, who would care? Fortunately it doesn’t. And how much does caring matter?