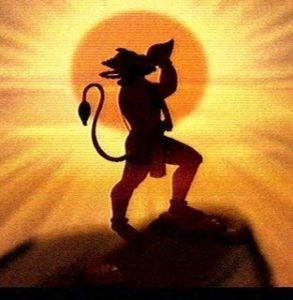 Sony’s Play Station 2 game Hanuman: Boy Warrior, featuring what some consider a denigrating depiction of a beloved Hindu deity, has caused an uproar, or at least threats of one, from the Hindu community. The Universal Society of Hinduism called for Sony to pull the game from shelves. A few weeks later, it seemed as if Sony had responded to the demand. However, more recently GamePolitics reported that the leader of the Universal Society of Hinduism, Rajan Zed, proffered up a threat to Sony about their lack of response:

“Hindus upset over Sony’s Hanuman: Boy Warrior videogame and further frustrated by the callous handling by Sony officials, might give a boycott call of all Sony products world over… despite communication between Sony officials and Hindu leaders, the issue had not been resolved yet. Sony officials said that they would look into it and be back with the Hindu leaders, but they were yet to hear back from Sony…

“If nothing is heard by Hindu leaders from Sony by May 21, then all the protesting Hindu groups and leaders would re-evaluate the protest and announce the future course, which might include calling for boycott of Sony products world over by Hindus and other like-minded people and supporters…”

However, a closer look reveals that personnel at Negative Gamer were suspicious about this threat and according to them there’s no real proof that a Universal Society of Hinduism even exists. Hindu Blog actually notes that there are no existing reports about the formation of the society. There’s also no official website. And as of today, there are no boycotts. Apparently the Universal Society of Hinduism has been in the news for similar issues before. Most notably, they (or perhaps he) voiced concerns about the 2008 film The Love Guru.

Hindu fanaticism exists but it really does not go well with Hindusim and its long history of tolerance and inclusiveness, nor does Hinduism lend itself well to  institutionalization. Accordingly, Rajan Zed is justified in having his own opinion. Another might well be that the popularization and interpretation of Hindu deities in pop culture may introduce them on a level that will later spark interest in the deeper poetic and philosophical sense in which they seek to explain the nature of the world ultimately as lila—a divine game, lokavat tu lila kaivalyam.