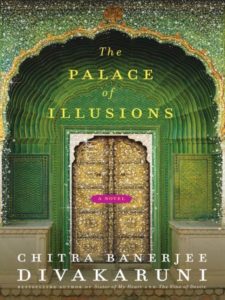 Why is historical fiction so popular? The exoticism of bygone ages is one factor, but perhaps the most important reason is that it gives us an intimate view into the thoughts and actions of famous, historical persons. It is well-known that Richard the Lionheart failed in capturing Jerusalem, but what were the underlying reasons? How did this disappointment affect the mind of the conqueror? In contrast to the historians, authors such as Walter Scott might start out with the medieval chronicles, but will inevitably use their own fantasy and experiences to flesh out the story. Nonetheless, the careful author will research the times and places of the story, so that while the book is fiction, the reader may well learn something of the culture, persons, and history of the milieu described. No doubt, this educational aspect is another reason for the genre’s popularity.

When it comes to historical fiction connected to important religious persons or incidents, equally important is the opportunity such books give their authors to present their own religious agenda. In Jesus, The Son of Man (1928), Khalil Gibran presents a number of first-person accounts of meetings with Jesus, from Mary the Magdalene to Barabbas. In all cases, what emerges is of course Gibran’s understanding of Jesus.

Considering the limited knowledge (to put it mildly) that Western readers have of Indian culture and religiosity, it is not surprising that the amount of historical fiction connected to Hinduism written for Westerners is meager. On the other hand, works such as Mahabharata and Ramayana are still the bedtime stories of much of the Indian population and thus they can speak of them with familiarity. It is therefore with great interest one picks up Chitra Divakaruni’s The Palace of Illusions, a novel centered on Draupadi, the strong-willed heroine of the Mahabharata. Divakaruni’s explicit motive is to present a “feminist” view of the great epic. Persons afraid of the word feminism need not be taken aback—apart from some jabs at silly manly notions of chivalry, pride, and duty at the expense of love—what Divakaruni really does is give a woman’s perspective of the events at hand. For readers familiar with the Mahabharata, this presents a dramatic change of view. The great manly heroes of the epic are no longer the perfect supermen of the popular retellings (and here, one may add, Divakaruni comes close to the great psychological depth of the original text). This perspective also means filling in some gaps. We all know what happened with the armies of men fighting at Kurukshetra, but what was the fate of all the soldiers’ widows? Divakaruni tells the story.

In retelling Draupadi’s story, Divakaruni focuses on a number of themes. One is that of Draupadi’s destiny. In the novel, as a child she hears Vyasa prophesize that she will become the wife of five men, the mistress of a wonderful palace that she will eventually lose, and the cause of a universal conflagration. The chapters narrating her journey through disbelief, realization, acceptance, and understanding are poignant and captivating, though I did find the fast-moving middle part of the book rather bland. Another theme—and one that no doubt will raise many eyebrows—is Draupadi’s secret love for Karna. There is of course no basis for such a love in the epic itself. Rather, by explaining the true reasons for why the world thought that these two hated each other, Divakaruni gets an opportunity to go beyond the ordinary, masculine version of the epic. She also gets to put the spotlight on the tragic figure of Karna and show the greatness of his character. Here she is of course following a long Indian tradition.

For Gaudiya Vaishnavas, the most interesting of Divakaruni’s themes will probably be that of Draupadi’s friendship with Sri Krishna. Already as a child, she hears stories about how he is an incarnation, but she puts them down as old-wives tales, for by her own experience she knows that he is just a human being – though an enigmatic one. Gradually, the truth of Krishna’s being—one that is described in terms of the Mahabharata rather than the Srimad Bhagavatam—dawns on her, until her final realization at the end. As a Gaudiya reader, Draupadi’s long refusal to see Krishna as God is a sign of her sakhya bhakti that transports the reader closer to the heart of Gaudiya Vedanta, wherein the Godhead manifests in a form which facilitates intimacy with the devotees. Sri Rupa Goswami has stated that Draupadi’s relationship with Krishna is one of fraternal love akin to that of Arjuna, metropolitan friendship, as opposed to the still more intimate pastoral friendship of Krishna’s Vraja-lila. While I liked the way Divakaruni dealt with this theme, it also necessitates her following the version of Draupadi’s disrobing in the critical edition of the Mahabharata, rather than the more well known “Krishna comes to the rescue” of the popular vulgate. For me, who views this scene as one of the great climaxes of the whole epic, Divakaruni’s treatment of it was thus a disappointment. Thankfully, she makes up for this by how she handles several other important scenes, such as that of the Pandavas’ final journey.

Of course, for many devotees, the question of mixing fiction and scriptural reality is not an easy one, hence my brief discussion of historical fiction at the onset of this review. However, a book need not be true in all respects to be of value. Divakaruni will not claim that her book supersedes the original sources in terms of historical veracity. Divakaruni is a novelist, and therefore practicing Gaudiya Vaishnavas will learn little in terms of siddhanta from her book. Its value lies rather, in my opinion, apart from being good entertainment, in the new perspectives it offers. The reader may not agree with all of Divakaruni’s conclusions—I for one feel that the Karna theme is rather far-fetched—but her conclusions do offer us new ways in which to interact with the epic and to enter into its world. I found my mind returning to the events and characters of this book many days after reading it. That fact alone suggests that there may be something to gain. Besides, who would not want to read about the life of a friend of Krishna?

8 Responses to Palace of Illusions: The Feminist Mahabharata?