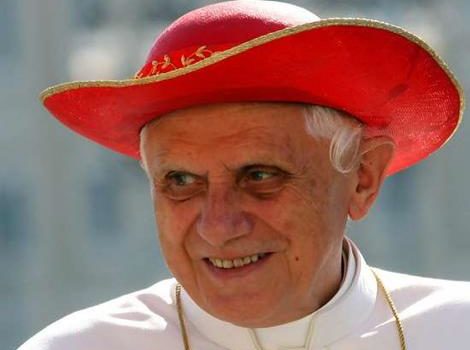 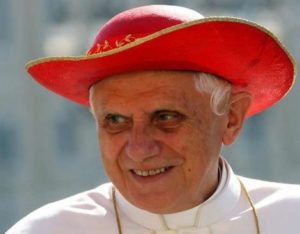 A new encyclical on Catholic social teaching will soon be released as Pope Benedict’s response to the current economic crisis. The encyclical, “Caritas in veritate” (Charity in Truth), has been in preparation for more than two years, but was delayed because the pope wanted it updated to respond to the world financial crisis. It could be published as early as June 29 if the various translations are finished.

Conservatives will be shocked and disappointed by the encyclical, which will reflect Benedict’s skepticism toward unbridled capitalism based on greed.

Back in February, he said, “It is the Church’s duty to denounce the fundamental errors that have now been revealed in the collapse of the major American banks. Human greed is a form of idolatry that is against the true God, and is a falsification of the image of God with another god, Mammon.”

Unlike President Obama who wants to reform a system that he believes is out of control, Pope Benedict wants to rethink the whole system. As he said earlier this month, “The financial and economic crisis clearly shows that certain economic-financial paradigms that have been dominant in the past years must be rethought.”

This is good news for liberals who thought Benedict’s first encyclical “Deus caritas est” (God is love) was too heavy on personal responsibility and not heavy enough on social change. But it is bad news for conservatives. If they think that Obama is a socialist, what will they think of Benedict after the encyclical? Will they write him off as the product of “old Europe”?

The pope has given hints about the content of the encyclical. It will be heavy on concern for the poor, especially those in the Third World who are not responsible for the crisis but are unduly suffering from it. Undoubtedly it will also develop the pope’s concern about the environment. As he has already said, “Starvation and ecological emergencies stand to denounce, with increasing evidence, that the logic of profit, if it prevails, increases the disproportion between rich and poor and leads to a ruinous exploitation of the planet.”

Although we have to wait for the actual text of the encyclical, there are a number of points that are already evident from what Benedict has said and written on the economy:

• Continuity of Benedict’s thought with the teaching of earlier popes will be evident. Rather than rejecting the progressive social teachings of his predecessors, Benedict will show himself to be the left of most Americans including President Obama.

• The Theology underpinning Catholic social teaching will be an important part of the encyclical. Economic policy is not measured by dollars and cents but by whether it enhances the dignity of the human person and reflects God’s commandment of love. Love is the measure of justice.

• Being a voice for the Third World is seen by Benedict as an essential part of his ministry. As he has already said, “We cannot remain passive before certain processes of globalization which not infrequently increase the gap between rich and poor worldwide. We must denounce those who squander the earth’s riches, provoking inequalities that cry out to heaven.”

• Skepticism toward capitalism and the market will permeate the encyclical. Absolute faith in the market is seen by Benedict as a form of idolatry. The need for government regulation of the economy is a given.

• The Common Good and impact on the poor are the yardsticks by which the economy should be measured.

The pope will also have very negative things to say about war. As he has said before, “Violence, of whatever sort, cannot be a way of resolving conflicts. It mortgages the future severely and does not respect either persons or peoples.” Like John Paul, he opposed both wars in Iraq. He also wants to see swords turned into plowshares. “[L]ess than half of the immense sums spent worldwide on armaments would be more than sufficient to liberate the immense masses of the poor from destitution. This challenges humanity’s conscience.”

He will also have very positive things to say about the United Nations and multilateralism even if it means limits on national sovereignty.

Needless to say, Benedict is neither an economist nor a policy wonk. He will present sweeping goals and the values that should guide experts, but his prescriptions will lack the specificity of legislative programs. This is as it should be since he believes it is the vocation of the laity to implement Catholic social teaching.

Benedict also fears church involvement in the political arena where he believes the temptation to partisanship is too great. Some believe that he is suspicious of mass movements and revolution because of his experience with Nazism and the student upheavals of the 1960’s. He will call elites to conversion, but he will not call the people into the streets. While his goals are revolutionary, his politics are quite conservative. He could not lead a Solidarity movement as John Paul did in Poland or as Cardinal Sin did in the Philippines.

Ultimately, while Benedict sees working for the improvement of humanity as essential to the Christian vocation, he does not believe that we can build the kingdom of God on earth. Only God can do that. Sin will corrupt every human endeavor, which is why the church should never lose sight of it core mission of evangelization and calling individuals to conversion. He felt that liberation theology missed this point, although its proponents would disagree.

How Benedict balances personal conversion with working for social change will be one of the things for which theologians will be watching in the encyclical. The Gospels call for both, but which is emphasized can make a big difference on where the church is in people’s lives.