The Yoga of Profitable Action 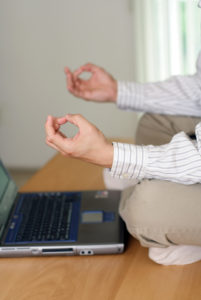 By A. G. Sulzberger

It seemed like a good idea at the time. Ten years ago, with yoga transforming into a ubiquitous pop culture phenomenon from a niche pursuit, yoga teachers banded together to create a voluntary online registry of schools meeting new standards for training instructors.

But that list—which now includes nearly 1,000 yoga schools nationwide, many of them tiny—is being put to a use for which it was never intended. It is the key document in a crackdown that pits free-spirited yogis against lumbering state governments, which, unlike those they are trying to regulate, are not always known for their flexibility.

Citing laws that govern vocational schools, like those for hairdressers and truck drivers, regulators have begun to require licenses for yoga schools that train instructors, with all the fees, inspections, and paperwork that entails. While confrontations have played out differently in different states, threats of shutdowns and fines have, in some cases, been met with accusations of power grabs and religious infringement—disputes that seem far removed from the meditative world yoga calls to mind.

In April, New York State sent letters to about 80 schools warning them to suspend teacher training programs immediately or risk fines of up to $50,000. But yogis around the state joined in opposition, and the state has, for now, backed down.

In other states, regulators were not moved. In March, Michigan gave schools a week to be certified by the state or cease operations. Virginia’s cumbersome licensing rules include a $2,500 fee—a big hit for modest studios that are often little more than one-room storefronts.

Lisa Rapp, who owns My Yoga Spirit in Norfolk, Va., said she was closing her seven-year-old business this summer. “This caused us to shut down the studio altogether,” Ms. Rapp said. “It’s too bad, because this community really needs yoga.”

The conflict started in January when a Virginia official directed regulators from more than a dozen states to an online national registry of schools that teach yoga and, in the words of a Kansas official, earn a “handsome income.” Until then, only a few states had been aware of the registry and had acted to regulate yoga instruction, though courses in other disciplines like massage therapy have long been subject to oversight.

The registry was created by the Yoga Alliance, a nonprofit group started in 1999 to establish teaching standards in an effort to have the industry regulate itself. In a recent newsletter, the alliance warned its members that nationwide licensing might be inevitable, “forcing this ancient tradition to conform to Western business practices.”

“We made it very, very easy for them to do what they’re doing right now,” said Leslie Kaminoff, founder of the Breathing Project, a nonprofit yoga center in New York City, who had opposed the formation of the Yoga Alliance. “The industry of yoga is a big, juicy target.”

New state regulations would not directly affect the drop-in classes attended by many of the 16 million Americans estimated to practice yoga. But the classes they would affect are an important source of revenue for many schools, and, of course, train future instructors.

“It’s the perpetuation of the species,” said S. J. Khalsa, who operates Kundalini Yoga East in Manhattan, a school that offers teacher training courses. “We’re not in it to make tons of money.”

However, Sybil Killian, general manager for the OM Yoga Center, also in Manhattan, questioned whether yoga could fairly claim to be a spiritual pursuit in an era when, according to an industry estimate, it earns $6 billion a year in the United States. 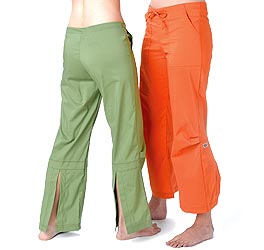 “People buy $1,000 pants to sweat in because while they’re getting enlightened they need to look good,” Ms. Killian wrote in an e-mail message to other New York yoga teachers. “Make no mistake, ladies and gentlemen, yoga is an industry. One need only leaf through the advertising section of Yoga Journal to know that.”

Regulators said licensing the schools would allow states to enforce basic standards and protect customers who usually spend $2,000 to $5,000 on training courses, not to mention provide revenue for cash-starved governments. “If you’re going to start a school and take people’s money, you should play by a set of rules,” said Patrick Sweeney, a Wisconsin licensing official, who believes that in 2004 he was the first to discover the online registry and use it to begin regulating yoga teaching.

“Sooner or later, probably every state will do this,” said Patricia Kearney, an instructor of health and exercise science at Bridgewater College in Virginia, who has been researching the trend. “Once people get used to it, it will ultimately benefit yoga. But it will not be without loss. Some good small programs will close. But so will some not-so-good programs that probably should close.”

In New York State, though, teachers fought back, complaining that the new rules could erode thin bottom lines, contradict religious underpinnings and, most important, shut down every school in the state during an eight-month licensing period.

“It basically destroys the essence of yoga, to control and manipulate the whole situation,” said Jhon Tamayo of Atmananda Yoga Sequence in Manhattan. “No one can regulate yoga.”

Brette Popper, a co-founder of Yoga City NYC, a Web site that has chronicled licensing developments, said the yoga community—described on the site as “a group that doesn’t even always agree about how to pronounce ‘Om’ ”—was uniting around a common enemy.

The teachers formed a coalition and enlisted a state senator, Eric T. Schneiderman of Manhattan, to take up their cause, hoping that New York would buck the national trend. “It’s really kind of historic in the yoga community,” Ms. Popper said.

That unity was on display last month in a small studio in Midtown Manhattan, where nearly 100 devotees from around the state sat barefoot and cross-legged on the wood floor. The group, whose members ranged from lithe young teachers in spandex to older ones in religious garb, opened with a traditional chant and ended two hours later struggling with parliamentary procedure as it established a formal organization. One attendee cast the conflict as “bureaucracy versus freedom.”

Alison West, who was selected to lead the new coalition, the Yoga Association of New York State, prayed for “some joyful conclusion we’ve never conceived.”

Within days, Joseph P. Frey, an associate commissioner with the State Education Department, said in an interview that the department would suspend the licensing effort, allow the classes to continue and instead lobby for legislation adding yoga to a list of activities that are exempt from regulation.

“I understand how folks could get upset,” he said.

This article originally appeared in The New York Times.

One Response to The Yoga of Profitable Action