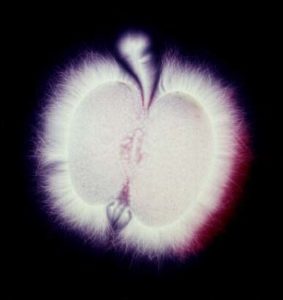 By Deno Kazanis and Bernard Haisch

This following article was adapted from two separate interviews with Deno Kazanis and Bernard Haisch with regard to the scientific concepts of dark matter and dark energy. They were originally published in EnlightenNext Magazine May–July 2008.

When I first heard about dark matter I was impressed by the quantity of it, making up most of the universe. Although I never really took the mystical view of the physical universe very seriously when they talked about different “planes” of matter, when I read about dark matter, I began to realize that it fit in pretty well with what the mystics have been talking about. Mystics in all parts of the world have tended to see the universe as actually being composed of different layers of matter, different types of matter, most of which were said to be invisible to our usual narrow vision. But in mystical states of consciousness, these other forms of matter would become visible to them.

Now when the mystics talk about the “subtle bodies” of man, such as the etheric, astral, mental, soul, and spirit bodies, they describe how they interpenetrate each other and interpenetrate with our visible body as well. A hundred years ago, interpenetration would have been something of a taboo, but thanks to quantum mechanics, we now know that matter isn’t solid. Atoms aren’t solid things. Our ability to see, touch, taste, smell, and hear the world is really only due to atoms’ electric charge. And because objects on the atomic level interact through electric forces, if there’s no such force present, then objects can literally pass right through each other. The reason we can hold an apple in our hand and it doesn’t fall through is because the apple is made of charged atoms and our hand is made of charged atoms, so they can’t interpenetrate. But if an object were actually made of uncharged atoms held together by some other unknown force, it could literally pass right through you.

What intrigued me was that dark matter, being as invisible as they say it is and not able to produce light or any type of electromagnetic waves, meant that this was a substance that was not composed of any electric charge. That’s what the invisibility tells you about it—it has no charge whatsoever. Its presence is determined by its gravity, which is an enormous amount, yet the material itself is totally invisible. So it occurred to me that when the mystics were talking about subtle bodies interpenetrating with our visible body, the only way that could be possible would be if these bodies were made up of something other than charged matter. And dark matter would fit that category quite well.

You could picture different types of atoms on a three-dimensional periodic table. Our ordinary periodic table is a chart of charged atoms. Then layered above that would be a periodic table of atoms that are made up of, say, pranic, or etheric, matter—which in India would correspond to what they call the pranamaya kosha. Above that might be a layer of atoms that have a manomaya kosha type of matter, or mental matter, and above that would be a layer of vijnanamaya matter, or soul matter, and anandamaya matter, or spirit matter, depending on how you wanted to look at it. You can break the gradations up into many different levels, as different cultures have.

Deno Kazanis, a biophysicist, was formerly head of the Orlando Branch Laboratory. He has been a research associate at Duke University, has studied both Tibetan Buddhism and Taoism, and is the author of The Reintegration of Science and Spirituality (2002).

The concept of dark matter is needed to provide an additional gravitational force to explain some of the things that we see in the cosmos, such as the rotation curves of galaxies. Dark energy, however, might as well be called antigravity, because it’s something we invoke in order to explain the accelerating expansion of the cosmos or why things are being pushed farther apart. So they’re exact opposites. But as to what these things are, I don’t know.

I wouldn’t assume that because ninety-six percent of the universe is unknown stuff, there’s something profoundly spiritual lurking there. It may not be. It may have nothing at all to do with spiritual stuff. What I propose in my book The God Theory is that consciousness plays a central role in the origin of the universe, that the universe is the product of consciousness, the product of a conscious intelligence. You’ll find some startling evidence for this if you look at quantum physics today, because a lot of research—such as the University of Vienna’s experiment last year expanding on the Bell Inequality—is really pointing to the idea that consciousness is necessary to resolve quantum events, that consciousness acts at a fundamental level to basically create reality.

I attribute the origin of the universe, not to human beings, but to a preexisting intelligence. I think this intelligence is both beyond space and time and beyond the universe, but also lives deeply in it, entering into all the life forms in that universe such as you and me, such as the plants and animals on this planet, such as the alien civilizations that probably exist elsewhere. It’s the entering of consciousness into all of these forms that, I think, is the purpose behind the universe—for God to experience reality, to experience physicality, to experience some of its infinite potential—and that ultimately the consciousness in all of us will return to the fountain of intelligence that made the universe in the first place. We are simply sparks of a huge bonfire of consciousness, and ultimately we return to the source.

Bernard Haisch, an astrophysicist, was formerly editor in chief of the Journal of Scientific Exploration. He has worked at the Lockheed Martin Solar and Astrophysics Laboratory, among other research institutions, and is the author of The God Theory (2006).