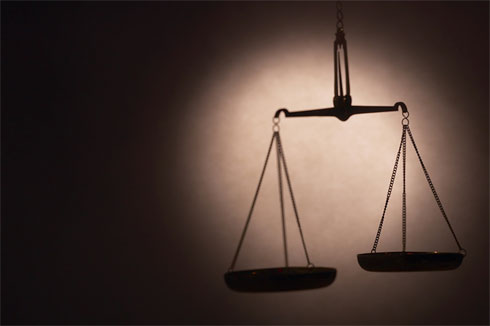 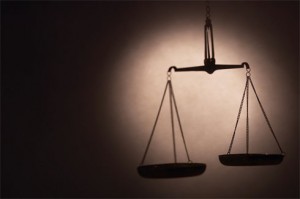 There is a major distinction between the ‘lawyer’ and the ‘philosopher.’ The lawyer participates in an argument: takes a side and fights for it. A philosopher, however, should attempt to undermine the debate itself; to show where both sides are wrong. In other words, the philosopher must show that not only are there bad arguments in a debate, but sometimes the debate itself is a false one: it should not be a conversation we are having. Thus the philosophical take on a debate such as the theist versus atheism would be not only to show how there is actually no debate, but also to explain why these sides are even arguing in the first place.

We will begin with the modern “rational” atheist. The dominant ideology of the common atheist can be called one of “tolerant hedonism:” they believe one should live his or her life in accordance with a pursuit of happiness, free of irrational/religious beliefs and prohibitions. Her conscious disbelief in a higher authoritative power has allowed her to seemingly live her life free of arbitrary rules and fear of divine retribution.

However, things are not that simple as “God is dead.” As Nietzsche goes on to explain, God is only dead because we’ve killed him, because we have seemingly lost belief in him. The question becomes, “Has our atheist gone beyond telling herself she doesn’t believe?” Has her disbelief penetrated beyond her consciousness?” Has she really appropriated the Dostoyevsky maxim, “If God does not exist, everything is permitted?” We should heed Lacan’s response to this thought when he comments, “Quite evidently, a naive notion, for we analysts know full well that if God doesn’t exist, then nothing at all is permitted any longer. Neurotics prove that to us every day.”

The fact is that many so-called modern intellectual atheists unconsciously believe more than anybody. Their superficial “atheism” is a reaction to a deeply unconscious neuroticism, an unconscious “belief.” As Lacan elsewhere states,” The true formula of atheism is not God is dead – even by basing the origin of the function of the father upon his murder, Freud protects the father – the true formula of atheism is God is unconscious.”In a strange paradox, it is when we have nobody to blame for our oppression that we feel most oppressed. We have no excuses. This is why many atheists are almost militant in their atheism, for it is not God which provides meaning for them, but the lack of God. They are putting their faith not in His existence but in his non-existence.

If atheists were to fully appropriate what is being argued, the full weight of their oppression would befall them. In other words, on the surface, the freedom which is implied in the thought of the atheist may appear liberating, but ultimately acts as an oppressive ball and chain. This is why Kierkegaard defines anxiety as “the dizziness of freedom.” The avoidance of this dizziness is the motivation for the argument: if they are telling others, they don’t have to tell themselves.

Atheism, when argued against theism, becomes not merely a belief, but a cause. When atheism is thus a cause, it allows the atheist to retain the title without fully confronting the ramifications of her belief.”Atheism” is too traumatic for the atheist to truly identify with, so instead he forces it upon the theist. In other words, when somebody says, “I am an atheist,” he is not stating his belief but is giving himself a title (objectifying his belief) so he does not have to subjectively experience it (to feel it inside).

It is at this point where the theist and atheist are almost indistinguishable. To better comprehend this, let us consider how a true believer would act when confronted with an atheist’s criticisms against religion. A true believer, somebody who experiences their faith not necessarily as belief, but as knowledge, would see the atheist as unfortunately misguided, regrettably incorrect. For example, I should not have to argue for the existence of a chair to somebody who is sitting in it. If the person cannot come to believe in the presence of a chair while he is occupying it, all I can do is shake my head and throw up my arms, for I know there is a chair.

Yet this is not how the theist usually reacts. Instead he will continue to appeal to arguments, little known scientific data, and other desperate wiles in an attempt to convince the atheist. When the theist resorts to such methods, when he engages the atheist in debate, he is really showing his lack of belief. The one who truly believes feels no urge to convince, for to convince others is again merely the avoidance of convincing yourself.

To enter a debate and pose an argument is never a neutral act. There is always motivation in putting your thought against another’s. However, these motivations are rarely considered when analyzing debates. The reason we rarely view the debate of theism versus atheism in such a light is because they are actually almost indistinguishable. This is because both parties cannot fully accept the validity of their own positions, for if they did, no debate would take place. They defend their positions, but both sides should instead take their positions as requiring no defense. The arguments should be viewed as not worth the time. Yet this is not the case, because either somebody is up there watching, or not, and both are quite unsettling.

This article originally appeared in Into the Void and is available online here.