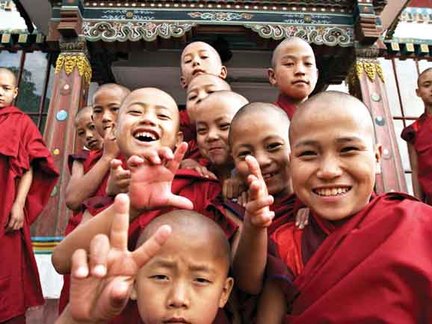 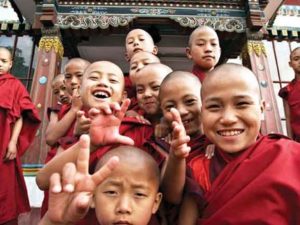 The Buddhist kingdom of Bhutan has a strange claim to fame in the world of what Thomas Carlyle termed that “dismal science,” economics: the appealingly named “gross national happiness” (GNH) index.

Concerned that standard measures of national wealth, specifically gross domestic product (GDP), fail to reflect elements of well-being, cultural richness, and environmental sustainability, Bhutan’s former king Jigme Singye Wangchuck coined the term and it has been a central part of the kingdom’s economic planning since the 1970s. GNH takes into account not just the flow of money but access to healthcare, free time with family, conservation of natural resources, and other non-economic factors.

Now a similar critique of traditional econometrics has acquired a powerful new backer in France’s President Nicholas Sarkozy. On Monday he endorsed a report from a commission of economists led by Nobel prizewinner Prof. Joseph Stiglitz, although it rejects the notion that everything can be captured in one GDH-like index. It proposes adjustments to the way GDP is calculated; new measures of well-being and happiness; and new metrics for environmental and financial sustainability and wealth distribution. “It is what I call GDP fetishism to think that success in that part [GDP] is success for the economy and society,” Prof Stiglitz argued.

Mr Sarkozy, who promised to raise the issue at international fora, said national accounting systems no longer reflected popular aspirations or experiences, creating a distrust of governments. “The world over, citizens think we are lying to them, that the figures are wrong, that they are manipulated,” he said. He also used the occasion to take a swipe at unbridled capitalism: “Behind the cult of figures, behind all these statistical and accounting representation, there is also the cult of the market that is always right.” The global crisis, he argued “doesn’t only make us free to imagine other models, another future, another world. It obliges us to do so”.

In truth GDP, growth of which has become an end instead of a means of policy, is only the roughest of yardsticks—it is completely inadequate, for example, as a measure of relative well-being in comparing two countries which have differing property markets and welfare systems. But economists, jealous of their status as “scientists”, will find difficult the idea of quantifying and then, crucially, giving relative weights to what they see as subjective, value-laden measures of happiness. Time perhaps to reinvent economics itself.

This article originally appeared in the Irish Times.

9 Responses to Happiness: The New Face of Economics?