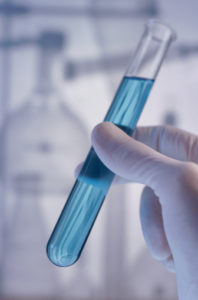 One of the most common stereotypes of intelligent design (ID) is that it is an evangelical Christian movement intent upon forcing religion into the classroom. The release of Seeking God in Science: An Atheist Defends Intelligent Design officially puts this claim to rest. Defenders of ID do include evangelical Christians, but also Muslims, Hindus, agnostics, and now even atheists. University of Colorado philosophy professor Bradley Monton is ultimately not persuaded by the arguments of ID (which is why he’s an atheist), but he says that they do have some force, and they make him less certain of his atheism.

For those of you who have followed the ID movement, this should come as quite the surprise. Yes, an atheist actually defends the integrity and merits of ID. Monton argues that criticisms of ID—whether from atheists or theistic evolutionists—are largely unfounded, misplaced, and erroneous. Monton doesn’t so much defend the truth of ID, but he believes it is a reasonable, (somewhat) persuasive, and legitimate scientific project.

The best part of the book (from my perspective) is that Monton sees right through much of the rhetorical tactics commonly used by ID opponents. For example, critics frequently conflate ID with creationism so as to make it an easier target to defeat. Monton rightly observes that some ID arguments are not related to creationism at all and that such comparisons are “sloppy” (31).  Critics also love to claim that ID makes no predictions and is not testable. According to Monton: “I would say that intelligent design proponents are making a prediction: they are claiming that, if one looks, one will find evidence that there is a designer” (72).

Monton also criticizes Judge Jones’ ruling against ID in Kitzmiller v. Dover Area School District (2005). Darwinists have continued to herald this ruling as an overwhelming defeat of ID. However, says Monton, Judge Jones’ arguments were “fundamentally flawed.” In his attempt to discredit ID, Jones argued that it is not a legitimate science because (among other reasons) it postulates supernatural creation.

Surprisingly, Monton argues that postulating supernatural causation is actually compatible with science. He gives a fictional example of a pulsar that pulses out Morse code. The message claims to be God, and can answer any questions that scientists formulate in their heads. If such a thing happened, shouldn’t the “God” theory be a legitimate option? This is a highly unlikely scenario, but it shows that at least (in principle) science can explore supernatural causes, despite the ruling by Judge Jones.

Ultimately, says Monton, we shouldn’t get caught up debating whether or not ID is science. The most important question is whether or not the claims are true.  Monton recognizes that proclamations against the scientific status of ID are largely meant to suppress debate so the actual truth-claims of ID can be avoided.

Professor Monton challenges both atheistic and theistic opponents of ID. For example, he critiques theistic evolutionist Kenneth Miller (author of Only a Theory) who claims that intelligent design closes down scientific investigation. According to Monton: “While theistic scientists could choose to stop investigating the world, and be satisfied with the answer ‘God did it,’ they need not. What theistic scientists can do is investigate questions like ‘What structure did God choose to give the world?’” (112). Miller’s claim that ID is anti-science “doesn’t hold up.”

Surprisingly, Monton agrees that intelligent design offers the best explanation for certain features of the universe. He admits that there are currently no naturalistic explanations for why the universe exists, for the nature of consciousness, and a detailed scenario for the origin of life. Yet rather than believing in design he says, “The truth of the matter is that there’s no explanation at all” (37). To avoid the conclusion that God exists, Monton is forced to accept that certain features of reality simply don’t have an explanation. Rather than offering an alternative explanation, Monton challenges the notion of explanation itself.

Much more could be said about Seeking God in Science. It is certainly refreshing to read someone who desires to transcend the culture wars and to communicate his ideas in a respectful and generous tone. Supporters of ID can learn much from his style and substance, even if they ultimately disagree with his conclusions. This is a watershed book in the history of ID and hopefully a sign of more to come.