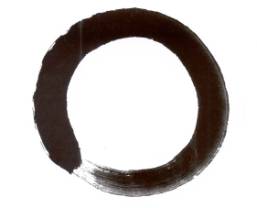 Nihilism—from the Latin “nihil,” or nothing—is an endlessly complicated subject. As a philosophy, it has a long and tangled history with roots as deep as the metaphysical ruminations of Parmenides in the 5th century BCE. Its relevance for today was made sharpest by Nietzsche who, when famously declaring, “God is dead,” was, in fact, recognizing that with modernity came the end of all metaphysics and thus the valuelessness of the highest values of human history.

For Nietszche, the substitutes for a dead God—whether nature, eason, humanity, man, life, the soul, democracy, freedom, or the like—were as lifeless as the God whose place they were taking. Nihilism, then, is the clearing or empty space brought about by the negation (or annihilation) of the true, the good, and the beautiful.

Ironically, the intellectual roots of nihilism arose, in part, out of the Enlightenment’s quest for certainty. Yet what was supposed to have been the pursuit of certainty turned out to be, as the late John Patrick Diggins noted, “the ability to question everything and the capacity to affirm nothing.” In other words, the quest for certainty has led us to the conclusion that there is only one necessary or essential truth, and it is that there is no such thing as essential
truth. Thus, confidence has dissolved into doubt, objectivity absorbed into subjectivity, and certainty into the spinning out of imaginative possibilities that are not simply fueled by the powers of reason, but by the force of passion, will, and power.

Part of Nietszche’s brilliance was to demonstrate that nihilism was not just an esoteric question for metaphysicians, but a multifaceted reality everyone in the modern age must confront. As a moral psychology, for example, its central manifestation is autonomous desire and unfettered will legitimated by the ideology and practice of choice. I don’t want to be misunderstood here. The power of self-determination is, of course, our reigning definition of freedom, and such freedom can, indeed, be liberating. For many, not least the disadvantaged and oppressed minorities, such freedoms are rare and cherished, and one can only hope that they will expand. The problem is not with the freedom of will as such but rather its autonomy from any higher value.

The power of will becomes nihilistic at the point at which it becomes absolute, when it submits to no authority higher than itself—that is, when impulse and desire become their own moral gauge and when the will is guided by no other ends than its own exercise. The very nature of pluralism, not to mention the social and economic structures of a market economy, creates conditions conducive to its flourishing. In America, nihilism of this kind tends to foster a culture of banality that is manifested as self-indulgence, acquisition for its own sake, and empty spectacle that makes so much of popular culture and consumer culture trivial.

One can make too much of nihilism in contemporary culture. Conservative jeremiads declaring the descent of Western civilization into the gaping abyss of nothingness are clearly overstated. But in resisting the overly dramatic, one can also underplay its wide-ranging and profound implications for the modern world, implications that deserve careful attention.

This article was originally published in Culture, Fall 2009, Issue 3.2.

17 Responses to On Nihilism