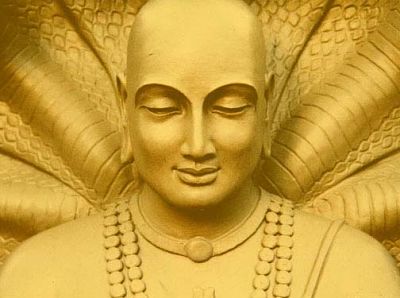 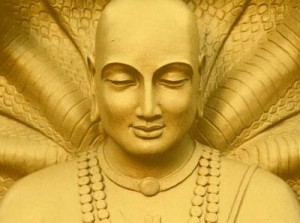 The great sage Patanjali, the author of the Yoga Sutra, has written that the meaning of “yoga” is to stop the activities of the mind, yogas citta-vrtti-nirodhauh (1.2). It is impossible to achieve yoga unless one first controls the activities of the mind. Yoga psychology describes five basic states of mind—ksipta (disturbed), mudha (bewildered), viksipta (distracted), ekagra (concentrated), and niruddha (controlled).

When the mind is unsteady and flickering, it is said to be disturbed (ksipta). When one desires things other than Krishna, the mind finds it impossible to remain fixed exclusively on him. Rather, it flutters from one subject to another, wishing first for some sense object and then for another. In this way it remains unsteady.

The state of being disturbed (ksiptavastha) described above, and the distracted state (viksipta) are quite similar in many respects. However, the difference between them is that from time to time in the viksipta state there are moments of calm and steadiness even within the overall picture of inability to concentrate.

When the mind becomes fixed on some external or internal object, and thus becomes as steady as a flame in a windless room; when it has overcome the modes of ignorance and passion and is situated in goodness, it develops the power of single-minded concentration, which is called “ekagrata“.

In the stage of concentration, ekagrata, the mind is still dependent on something external to itself, but in the fully controlled state (niruddha), there is no longer dependency. The mind regains its causal nature and remains inactive as though it had achieved its purpose and had no need of further action. Like a burnt thread, it shows the lines of its previous characteristics, but is not negatively affected by them. In this controlled state, the self is fixed in its true nature. At other times, the self identifies with the activities of the mind and thus takes on various identities.

Devotional scriptures tell us that the jiva’s eternal nature, as Krishna’s marginal energy, is to be the servant of the God. As one of God’s energies, the jivas are simultaneously one and different from him. When situated in this natural position, the mind has no function other than to seek out Krishna. The living entity is then constantly engaged in the culture of Krishna consciousness and the mind then acts as his friend.

In his teachings to Maitreya, Yajnavalkya describes four practices which lead to control of the mind: “The atman is to be seen, to be listened to, to be reflected on, and to be contemplated.”1

From this statement it is understood that the first duty of the mind is to seek out the supreme self. One should therefore use the mind to seek out Vasudeva, the mind’s own titulary deity, and never other sense objects. As instructed to Maitreya, one should look at and listen to things related to God, then reflect on and contemplate those things, as well as Krishna himself. This is the actual purpose of mental functions; otherwise, the mind becomes the principal enemy of the soul.

If one wishes to know the supreme truth, it is absolutely essential that one take shelter of a guru and hear from him or her. The spiritual master is non-different from the supreme truth—a manifest expansion, or prakasa-vigraha, of that truth. Thus he can show the truth—Sri Krishna’s lotus feet—to his surrendered disciple. He shows the disciple the means by which the vision of God can be attained. Therefore one should first prostrate themselves before the guru and then submissively ask about the nature of the self, the nature of God, the goal of life and the means of attaining it, and the nature of maya, or the forces which oppose the attaining of spiritual understanding.

The disciple should approach the spiritual master in a spirit of service. It is imperative that the disciple listen submissively to the directions given by the spiritual master, then, by reflection, follow up such hearing. The word manana means reflection, or assiduous meditation on the subject matter that has been heard from the spiritual master. It also means determination, or the power to determine the nature of things. Vijnana Bhiksu writes in his works on Sankhya philosophy that the self should be heard in accordance with the words of the revealed literature, and should be reflected on according to their proofs and arguments, srotavyah sruti-vakyebhyo mantavyas copapattibhih. By this process, one comes to determine the true meaning of the words registered in the scriptures.

A pure devotee will naturally engage in the kind of reflection that results in pure devotional service. The importance of reflecting on what one has heard is specifically connected with the importance of listening to the Bhagavata. Therefore the first step in controlling the mind is to listen to the Bhagavatam with attentiveness, care, concentration, patience, and strong faith in the guru. If there is inattention and carelessness, the true fruit of hearing will not be achieved.