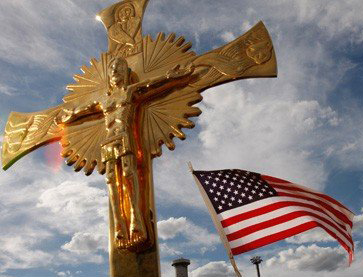 The “New” No Religionists 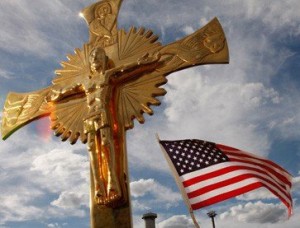 Recent national polls show a dramatic increase in the number of those declaring “no religion” when asked about their religious affiliation. The number of “no religionists”—a category that includes Americans identifying as atheists, agnostics, humanists, secularists, and the like—now stands at roughly fifteen percent of the population. This is an all-time high. The number has nearly doubled since 1990. What is going on? Taking an historical approach, my aim here is to briefly examine this trend in its domestic, cultural, and geopolitical context.

While there is little reliable survey data for the period before the interwar years, what evidence we do have shows that the willingness of people to identify publicly to pollsters and social scientists as having “no religion” is a new development. Of course, a small minority has always declaimed any religious affiliation, and some agnostics have been prominent figures in American public life. Famous among this group was the so-called “Great Agnostic,” Robert Ingersoll; his debates against theists and his espousal of the philosophy of “freethinking” made him one of the most well-known orators of the late nineteenth century.

Nevertheless, Ingersoll-type public agnostics have been rare, very rare indeed. Historical scholarship on religion and on secular thought in America demonstrates that there have long been cultural pressures to affirm religious membership. The available data, including the off-year Census of Religious Bodies compiled by the federal government, are imperfect, but they support the conjecture that the influence of denominational and community-religious institutions in public life, combined with the force of cultural norms, historically undercut the reporting of “no religion.” These factors persisted at least through the 1960s.

The best benchmark for assessing recent trends came in the process of testing an explicit question on religion for the 1960 national census. A 1957 nationwide poll to investigate the viability of the question was undertaken by Robert Burgess, director of the Bureau of the Census, and demographer Conrad Taeuber. The poll found 2.7 percent of respondents expressed “no religion”—fully three quarters of whom were men—while another 1 percent did not reply to the question. (After a substantial battle in Washington and across the nation, the Census Bureau did not place a religious affiliation question on the 1960 national census.)

In the period from 1957 to the present, the number in the “no religion” category grew five-fold (500 percent!), with the sharpest increase coming after 1990. In 2008, more than 30 million were “no religionists.” Like other large groups, this amalgam is heterogeneous. However a few commonalities do emerge. “No religionists” tend to live on a coast, particularly the West Coast, rather than in the center of the U.S. They are often younger Americans. In fact, the single largest bloc is comprised of young males; nearly a quarter of all men between 18 and 34 identify as “no religionists.” To put this in perspective, there are more Americans professing “no religion” than all Episcopalians, Methodists, and Lutherans combined. Interestingly, while the public caricature of a “no religion” person seems to be as an individual atheist raging that “God is dead,” in fact, forty-five percent of the group “strongly agree” that God exists and another 22 percent “somewhat agree.” Although concentrated among the young, this group comprises members of all ages, all socio-economic strata, and all ethnic groups (but especially Asian-Americans). Demographers consistently note that this trend does not appear to be an anomaly. It represents a significant and expanding segment of the population.

In a preliminary way, I suggest that the growing tendency of people who are not necessarily atheists to reject a religious identification reflects at least three political and cultural transitions. First, over the past few decades there has been a marked trend toward sharper polarization among religious outlooks. With the decline of membership in the so-called liberal churches, explicitly and unabashedly faith-centered political factions have grown and have brought their views to bear in the public square on an array of social, political, legal, and economic issues. Most prominent has been the electioneering activism of evangelical Christians, whose ascendance to power since the 1970s is epitomized by the presidency of George W. Bush from 2001–9. These developments prompted an outcry from liberals over the past three decades. But recent evidence of cultural polarization appears most persuasively in the bestselling appeal of works by “new atheists” such as Richard Dawkins, Christopher Hitchens, and Sam Harris. The unexpected sales and brisk public discussions generated by these works underscore how well received and influential torrid critiques of religion have become, particularly in the face of the politically oriented invocations of faith by conservative politicians and pundits. Further, in polls and surveys before the 2008 election, many Americans affirmed a need for a liberal, religious “vital center” (to borrow a phrase from Arthur Schlesinger, Jr.) and expressed a more apolitical (that is, non-partisan) aim to push back against the rise of unambiguously religiously inspired and directed political blocs.

Second, diverse changes on the geopolitical stage have had profound impacts on images of public religion. From the 1930s through 1989, Americans imagined their enemies as deeply “godless”: first, Germany and Japan, then, the godless atheism of the communist Soviet Union. The apparent “opponents” to the U.S. in the twenty-first century, most notably Islamist extremists fostering terrorism, are suffused in religiosity and the languages of political theology. Quite an inversion. No doubt there will be important consequences for American civic culture now that affirming America’s godliness no longer serves to distinguish “us” from “them,” the national enemy. And, though speculative, if irreligion abroad encouraged identification with religion, if not greater religiosity, at home, then it seems logical that defining the national “other” in terms of religious extremism may well encourage U.S. citizens to distance themselves from formal religious affiliations.

Finally, alienation from organized religion is growing for other reasons. Granted, it is hard to find reliable data on “alienation” and how that process might be impacting a rise in “no religionists.” Still, the survey data is suggestive. A January 2002 USA Today/Gallup poll, to give one example, found that roughly fifty percent of Americans consider themselves “religious” (down from fifty-four percent in a USA Today/Gallup poll in December 1999); while thirty-three percent consider themselves “spiritual but not religious” (up from thirty percent); and approximately ten percent regard themselves as “neither spiritual nor religious.” What these responses and others like them mean is not self-evident. But, if nothing else, they highlight the voluntarism with which people view religion and the widely held belief that one can be “spiritual” without also being “religious” or, perhaps, as numerous surveys have indicated, one can believe in God and yet have no religion.

Statistical models predict that those professing “no religion” will continue to grow in the coming years. Mapping onto this trend we also have had some time to adjust to the rise of extreme forms of Islam and their frequent branding of America—and the West—as explicitly Christian. In combination with those geopolitical changes, there is related evidence that the politically engaged conservative wing of evangelical Christianity is splintering and in decline. If the rise of “no religionists” has in part represented a backlash against these foreign and domestic developments, then this trend may not be sustained. Predictions of America’s impending rejection of religion, as we argued in Prophesies of Godlessness, a book I edited with Charles Mathewes, have been made countless times throughout American history—and countless times those estimates have proven mistaken.

This article originally appeared in the Fall 2009 issue of Culture .

One Response to The “New” No Religionists