GMOs and GOD: Biotechnology and Religion 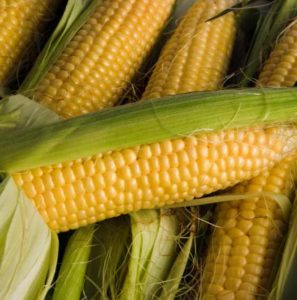 A recent article from religiondispatches.org.

Why is genetically modified food an issue for kosher Jews, halal Muslims, and vegetarian Hindus? How do religious beliefs intersect with ethical and moral views on biotechnology? A new collection of essays explores the links between religion, culture, and GMOs.

In their new book, Acceptable Genes: Religious Traditions and Genetically Modified Foods, Conrad G. Brunk and Harold Coward have compiled a unique set of religious, cultural, and indigenous perspectives on genetically modified foods. Many of us are aware of at least some of the ways biotechnology has invaded the supermarket. But dietary practice often intersects with religious faith, and despite the moral and religious convictions about modified foods, these perspectives have been marginalized in public debate. Oddly enough, religious and moral beliefs may carry more weight with lawmakers and industry regulators than consumer attitudes do. Combating the secrecy surrounding GMOs may only be possible with strong religious and moral arguments for equal tolerance and respect in play.

GMOs are organisms that contain genetic material from other sources (like a tomato that has been enhanced by animal DNA in a lab) or organisms from which DNA has been removed. Altering an organism’s DNA can affect traits, measurable or observable quantities such as height, weight, color, or behavior; it is crucial to understand that this new genetic material will be inherited by the organism’s offspring. More broadly, GM foods also include any plant infused with genes from other species. The motivations for this type of scientific perversion are multifaceted and varied. In addition to developing “improved” insect-resistant crops, scientists are able to create advanced pharmaceuticals and treatments for conditions including diabetes, hemophilia, and hepatitis. Genetic disorders can be curbed, and perhaps in the future, eradicated.

10 Responses to GMOs and GOD: Biotechnology and Religion