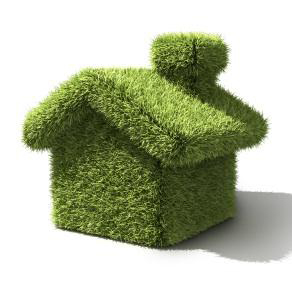 Over the past couple of decades, architects and builders looking to green their projects turned to the addition of various piecemeal elements to save water here or cut down on electricity there. Those who added more than a few green touches could apply for and get certified by the United States Green Building Council (USGBC) under its Leadership in Energy and Efficient Design (LEED) program. While these efforts have been laudable—essentially launching the green building industry as we know it today—they represent merely the infancy of what green building might someday become.

The concept of the “living building” has now emerged as a new ideal for design and construction. The Cascadia Region Green Building Council (CRGBC)—the Pacific Northwest chapter of the USGBC—defines a living building as a structure that “generates all of its own energy with renewable nontoxic resources, captures and treats all of its water, and operates efficiently and for maximum beauty.” The group has been pushing for adoption of the concept by construction industries here at home, and also helped to launch the International Living Building Institute to promote the concept internationally.

“We view our role as the organization that is meant to ask the really tough questions, to push the boundaries as far as possible,” says Jason McLennan, CEO of CRGBC. To this end, in 2006 the group launched its Living Building Challenge (LBC), a “call to the design and construction community to pursue true sustainability in the built environment.” So far 60 different projects around North America are vying to meet the high standards of the LBC, which exceed even the highest status of LEED certification.

The first building to be completed for consideration under the LBC program is the Omega Center for Sustainable Living, in Rhinebeck, NY. The 6,200 square-foot, one-level building, which serves as headquarters for the Omega Institute for Holistic Studies, features a geothermal heating and cooling system, solar panels, rain gardens that direct water run-off to irrigate plantings, a 4,500-square-foot greenhouse that helps filter wastewater for reuse, “daylighting” design that brings natural light indoor to minimize electric light usage, and eco-friendly building materials all around. It was designed—per LBC criteria—to be “net-zero,” meaning it uses no more energy than it generates itself. Once the building has been in operation for a full year next summer, CRGBC will audit it to see if its performance lives up to the green hype. Dozens of other LBC contenders around North America will be audited, as well.

Of course, the costs of creating a living building today are very high. Achieving net-zero can be especially costly, and stands out as one of the biggest obstacles to greater interest in the living building concept. Another challenge is finding materials that meet LBC standards, since many common building materials—such as PVC piping for wastewater transport—off-gas chemicals and have other hazardous attributes. LBC also expects builders to source locally as many materials as possible to boost local economies and make efficient use of nearby natural resources. McLennan remains confident that costs will come down as green materials, technologies, and methods become more commonplace within the general building industry.

11 Responses to A Living Building?