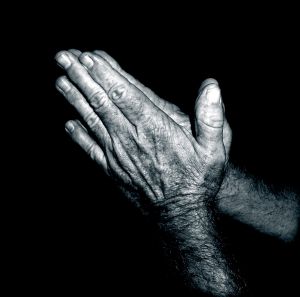 In the West, and in Christianity in particular, faith has become synonymous with belief. William Cantwell Smith has documented this in his important book, Faith and Belief. This blurring of faith and belief has contributed considerably to the development of the dominant kanistha adhikari expression of Christianity, in which mere belief in doctrine characterizes the faithful. Gaudiya Vaishnavism suffers from this same confusion in its dominant expression of multinational Vaishnava practitioners influenced primarily, if not exclusively, by Srila A.C. Bhaktivedanta Swami Prabhupada, my beloved Prabhu.

Srila Prabhupada preached in such a way that new recruits to the sampradaya could come within the fold of Gaudiya Vaishnava understanding. Thus he preached a very literal, and at times, black and white form of religion. Because the conceptual framework of Gaudiya Vaishnavism is considerably wider than Christianity, even this presentation of religious ideology appeared very liberal in comparison to fundamentalist Christianity. Prabhupada gave his fledgling disciples much to hold on to, a structure of beliefs, enemies to avoid (mayavadis, sahajiyas, etc.), moral codes, a society, and so on. Without these things it would have been difficult for him to awaken our faith and then collect and direct it. This he did very successfully. He awakened faith, the prerogative of the soul, while expressing his own faith, or divine experience in the form of the traditional Gaudiya belief system, packaged within his society (Iskcon).

While the belief system etc. were expressions of his own divine experience (faith), mere intellectual acceptance of them constitutes only belief, a function of intellect, and tender faith at best. Belief in his system carries with it the potential to nourish faith. It can help komala sraddha (tender faith) to develop into firm faith characteristic of the intermediate devotee (madhyama). This development of faith constitutes spiritual advancement. Those with komala sraddha will feel threatened when the teaching is presented in a different vocabulary, what to speak if it is presented on a deeper level, unrecognizable to them due to their deficiency in real experience. If they are not diligent in their practice, and far more important, if they do not associate with advanced devotees, they will not only remain neophytes, but leave themselves open to serious offenses directed at the very thing they are culturing, although unrecognizable to them at the time.

Vaishnavism is a feeling. If you have the feeling, you recognize it wherever and in whatever package it presents itself. Prabhupada said that Krishna has a form. I say Krishna has no form, rather he is the form of beauty. At close scrutiny, we are saying the same thing. God has no material form. Simply put, he has a spiritual form. Going deeper, he has no form, no form like our material form, and thus he has no form, for to have a form is to be different than that form. As Prabhupada used to say, “I have a body therefore what am I? I am not the body, for I posses the body.” So Krishna has no form, he is the form of beauty. Spiritual form is bhava deha, and what is that? With our mental constructs we think of it in terms of our experience, while we are constantly told not to. We must think to what extent spiritual form is not like our material form, and this may help us to appreciate the nature of a world in which the gopis’ hearts became the chariot of Jagannath. It is a world, in the language of Sridhara Maharaja, of faith. We are our faith (sraddhamaya ‘yam purusho).

Oh! how we must change our angle of vision, our lives, if we are to realize the truth and depth of our Gurudeva’s message. How flexible we must become, trinad api sunicena. . .amanina manadena. This is our motto. Without this we remain kanistha, neophyte devotees with tender faith. We should fervently pray to all Vaishnavas, “Please save me from the kanistha adhikari mentality.”

The madhyama adhikari has firm faith, faith in sastra. He or she has faith, that is, in the descending path (avaroha pantha), and thus the spirit of the sastra. He can understand its essential meaning; has a feeling for it, not merely memorization of the text. He can understand it relative to time place and circumstance. He can accommodate cultural and historical adaptation. He can understand that which pertains to material matters within sastra, and that which is transcendent in nature. His faith requires no enemy; It is strong, yet it too requires nourishment. He must associate with uttama adhikari Vaishnavas, their writings and personal association if possible. If he is a madhyama adhikari, he can get their association from their writings, while the neophyte cannot. The neophyte will confuse the teaching when he reads it, while the madhyama will catch the spirit and progress. He will get ruci and he will become an uttama adhikari himself. This is our task. Nothing short of this.

But we are fighting about whether or not to associate with advanced Vaishnavas. Some argue against this policy in practice, while extolling its virtue in theory. Others argue in favor of such association and recognize it when it presents itself. Yet they like to argue in favor of it more than take advantage of it. They fail to put into practice that which advanced Vaishnavas embody and teach. The former group we may have to avoid, while the latter group we must minister to: “Action speaks louder than words.”

Mahaprabhu is mentioned thus in Sri Gita: ‘yad yad acarati sresthas‘ (the genral masses follow the example of great men). So says Kaviraja Krishnadasa, for it is Mahaprabhu more than Krishna who conducts himself so that the masses can follow him and thus attain the great treasure of divine love. He is our ista devata (our most worshipful deity). His own service (nija bhakti yogam, sva bhakti sriyam) is unntojjvala rasam (the most elevated, effulgent taste of sacred rapture). We must follow him in love, and let love teach us all its own ways, mysterious as they are.

4 Responses to On Faith