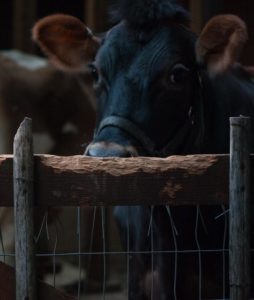 The Department of Agriculture issued new rules on Friday meant to settle a dispute in the organic agriculture industry over how much time cows at organic dairies must spend grazing on pasture.

The ruling was cheered by many in the organic industry who said it would shore up consumer confidence in organic milk and could force some larger dairies in Western states to change how they operate.

“This is the biggest deal in the organic community for many years,” said Miles V. McEvoy, the deputy administrator of the National Organic Program, the arm of the agriculture department that regulates the organic farming industry.

“Because of the controversy and the complaints against some of the larger Western dairies, it has really affected consumer confidence in the organic label. That’s why it’s so important for us to set the standard and say that organic livestock are pasture-based.”

The new rules clarify an older requirement that said only that organically raised livestock had to have access to pasture. That left a loophole for some dairies that would put cows out to pasture only during periods when the animals were not giving milk or would feed their animals almost exclusively on grain or other feeds.

The new regulations, which go into effect in June, are much more specific. They say that animals must graze on pasture for the full length of the local grazing season. The season will be determined by local conditions and agriculture authorities, like organic certifiers or county conservation officials, not by the dairy alone. While the grazing season must last at least 120 days, in many areas it will be much longer.

The rules also say that animals must get at least 30 percent of their food from pasture during the grazing season.

Mr. McEvoy said the rules would be enforced by organic certifiers who will be required to make at least one inspection a year. In some cases, additional spot checks will be made.

“There’s this feeling that it will level the playing field between the larger farms in the West and the smaller farms throughout the nation,” said Nancy Hirshberg, a vice president for Stonyfield Farm, who supported the rule change. Stonyfield markets milk from about 1,400 organic dairy farms across the country, which in most cases have about 50 to 75 cows each. She said that all the farmers who supplied Stonyfield already operated in accordance with the new rules.

Aurora Organic Dairy, based in Colorado, has been the focus of much criticism in recent years for how it pastures its animals. For many it has come to represent the contradictions embodied in large-scale organic farming. The dairy has about 15,000 cows on five farms in Colorado and Texas, with a total of about 4,400 acres of pasture, said Sally Keefe, Aurora’s vice president for government affairs.

Agriculture department data shows that in 2008 there were 2,031 organic dairies in the country, with an average of 108 cows on each one, although many had far fewer.

While Ms. Keefe said she was still reviewing the final rule on Friday, she said she expected little would have to change in the dairy’s operations.

“We already graze for at least 120 days a year, most years it’s well north of that,” Ms. Keefe said. “And we believe that we already comply with the dry matter intake requirements,” she said, referring to the rule that cows get at least 30 percent of their food from pasture during the grazing season.

Aurora, which supplies organic milk for the private label brands of several supermarket chains, agreed to make significant changes in 2007 after the agriculture department threatened to revoke its organic certification. Among the changes, the dairy agreed to give its animals greater access to pasture.

The new rules also apply to cattle raised for beef. In the case of beef cattle, however, the requirement that 30 percent of food must come from pasture is lifted during the so-called finishing period, which is when the animals are being fattened for slaughter and are often fed on grain. During that period they must still be allowed to graze, however.
____________________

This article originally appeared in the New York Times on Feb. 12, 2010.