The Riddle of Consciousness 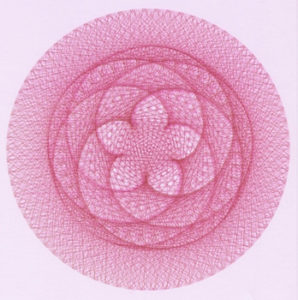 The assorted mystics, philosophers, theologians and, most recently, neuroscientists who have burned a candle searching for the essence of consciousness all started with a simple presumption: Consciousness must begin where unconsciousness ends.

Theologians have likened this state of pre-awakening to sleep, to darkness, to life underground. Modern scientists study the neural processes of sleep itself, and the transition to waking; they also have analyzed what happens in the brain when people suddenly become consciously aware of an object that was hidden in plain sight.

So far, the precise neural correlates of consciousness — the brain circuits critical to “turning on” conscious awareness — have eluded capture.

One reason is that consciousness itself takes many forms, from the gauzy half-dream state between the alarm clock’s bleating and sitting up; and lost stretches of waking life, as when a driver pulls into the driveway with no recollection of the half-hour commute home.

The deeper that investigators dig, the more hidden chambers they find. Last Wednesday, scientists in England and Belgium reported that five people with severe brain injuries who had been identified as “vegetative,” beyond reach, showed activity on brain imaging that strongly suggested conscious awareness. One of them, a 29-year-old man thought to be “vegetative” for five years, began to answer yes and no questions by alternately showing brain activity when thinking about tennis (lighting motor areas), then about walking in his house (lighting spatial areas).

A locked door on consciousness had swung open, all right; but on the other side was yet another dark corridor. After five years of being in effect buried alive in its own skull, what kind of consciousness was left for this patient? Who, exactly, lives behind those blank eyes? And, for that matter, what name do we give to this conscious state that looks totally absent, except for the ghostly blinking pixels on a brain imaging machine?

In the study, numerous severely injured patients classified as minimally conscious — that is, who intermittently are able to respond to commands — did not show meaningful activity on brain scans at all when prompted. Are those who did show flares of activity more conscious than they are?

“This scanning technology will allow us to refine diagnosis,” said Dr. Joseph Fins, chief of the medical ethics division of New York-Presbyterian Hospital/Weill Cornell hospital, “but it also creates this never-never land, these paradoxes between what patients are demonstrating clinically and what they manifest on the images.”

He added, “You know the person is there, you just don’t know how much is still there.”

Or how what’s there relates to what we call waking consciousness. Findings from modern neuroscience suggest that the brain is a highly social organ; more than enjoying company, it needs interactions to develop, to regulate mood, to solve problems, to responds to threats. When people are in isolation their brainwaves slow down; prisoners can become withdrawn, traumatized. The people out there who have been misidentified as being “vegetative” suffer a kind of solitary confinement unknown to prisoners of war. Their conscious awareness — especially in light of damaged cells in the brain — may be highly variable through the day and distinct from patient to patient.

Before doctors learn how it is that the brain’s lights turn on, they may have to know a lot more about what’s happening when the lights are off.

This article originally appeared in the New York Times.

One Response to The Riddle of Consciousness