The Detriment of Determinism 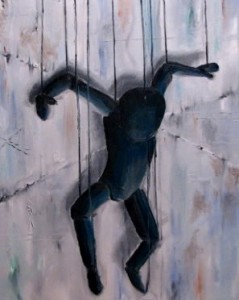 The following is an excerpt from Scientific American. Read the entire article, here.

…The first study to directly demonstrate the antisocial consequences of deterministic beliefs was done by University of Minnesota’s Kathleen Vohs and her colleague Jonathan Schooler, a psychologist from the University of British Columbia. In this 2008 report [pdf] published in Psychological Science , Vohs and Schooler invited thirty undergraduate students into their lab to participate in what was ostensibly a study about mental arithmetic, in which they were asked to calculate the answers to 20 math problems (e.g., 1 + 8 + 18 – 12 +19 – 7 + 17 – 2 + 8 – 4 = ?) in their heads. But, as social psychology experiments often go, testing something as trivial as the students’ math skills was not the real purpose of the study.

Prior to taking the math test, half the group (15 participants) were asked to read the following passage from Francis Crick’s book The Astonishing Hypothesis (Scribner):

‘You,’ your joys and your sorrows, your memories and your ambitions, your sense of personal identity and free will, are in fact no more than the behavior of a vast assembly of nerve cells and their associated molecules. Who you are is nothing but a pack of neurons … although we appear to have free will, in fact, our choices have already been predetermined for us and we cannot change that.

In contrast, the other 15 participants read a different passage from the same book, but one in which Crick makes no mention of free will. And, rather amazingly, when given the opportunity this second group of people cheated significantly less on the math test than those who read Crick’s free-will-as-illusion passage above. (The study was cleverly rigged to measure cheating: participants were led to believe that there was a “glitch” in the computer program, and that if the answer appeared on the screen before they finished the problem, they should hit the space bar and finish the test honestly. The number of space bar clicks throughout the task therefore indicated how honest they were being.) These general effects were replicated in a second experiment using a different, money allocation task, in which participants randomly assigned to a determinism condition and who were asked to read statements such as, “A belief in free will contradicts the known fact that the universe is governed by lawful principles of science,” essentially stole more money than those who’d been randomly assigned to read statements from a free-will condition (e.g., “Avoiding temptation requires that I exert my free will”) or a neutral condition with control statements (e.g., “Sugar cane and sugar beets are grown in 112 countries”).

Vohs and Schooler’s findings reveal a rather strange dilemma facing social scientists: if a deterministic understanding of human behavior encourages antisocial behavior, how can we scientists justify communicating our deterministic research findings? In fact, there’s a rather shocking line in this Psychological Science article, one that I nearly overlooked on my first pass. Vohs and Schooler write that:

If exposure to deterministic messages increases the likelihood of unethical actions, then identifying approaches for insulating the public against this danger becomes imperative.

Perhaps you missed it on your first reading too, but the authors are making an extraordinary suggestion. They seem to be claiming that the public “can’t handle the truth,” and that we should somehow be protecting them (lying to them?) about the true causes of human social behaviors. Perhaps they’re right. Consider the following example.

A middle-aged man hires a prostitute, knowingly exposing his wife to a sexually transmitted infection and exploiting a young drug addict for his own pleasure. Should the man be punished somehow for his transgression? Should we hold him accountable? Most people, I’d wager, wouldn’t hesitate to say “yes” to both questions.

But what if you thought about it in the following slightly different, scientific terms? The man’s decision to have sex with this woman was in accordance with his physiology at that time, which had arisen as a consequence of his unique developmental experiences, which occurred within a particular cultural environment in interaction with a particular genotype, which he inherited from his particular parents, who inherited genetic variants of similar traits from their own particular parents, ad infinitum. Even his ability to inhibit or “override” these forces, or to understand his own behavior, is the product itself of these forces! What’s more, this man’s brain acted without first consulting his self-consciousness; rather, his neurocognitive system enacted evolved behavioral algorithms that responded, either normally or in error, in ways that had favored genetic success in the ancestral past.

Given the combination of these deterministic factors, could the man have responded any other way to the stimuli that he was confronted with? Attributing personal responsibility to this sap becomes merely a social convention that reflects only a naive understanding of the causes of his behaviors. Like us judging him, this man’s self merely plays the role of spectator in his body’s sexual affairs. There is only the embodiment of a man who is helpless to act in any way that is contrary to his particular nature, which is a derivative of a more general nature. The self is only a deluded creature that thinks it is participating in a moral game when in fact it is just an emotionally invested audience member.

If this deterministic understanding of the man’s behaviors leads you to feel even a smidgeon more sympathy for him than you otherwise might have had, that reaction is precisely what Vohs and Schooler are warning us about. How can we fault this “pack of neurons”—let alone punish him—for acting as his nature dictates, even if our own nature would have steered us otherwise? What’s more, shouldn’t we be more sympathetic of our own moral shortcomings? After all, we can’t help who we are either. Right?…

4 Responses to The Detriment of Determinism