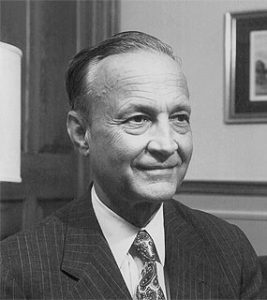 In this lengthy article from the Nation, the senior editor of Killing the Buddha probes into the Templeton Foundation, the institution that often finds itself in the middle of the science and spirituality dialogue.

For decades, sociologist Margaret Poloma struggled against the tone-deafness to spirituality that rules her discipline; she wanted to study prayer, to measure divine love, to “see God as an actor.” In the meantime, having held a tenured post at the University of Akron since 1970, she built a respectable career with a long list of journal articles and books to her name. She became an authority on Pentecostalism and on the family lives of modern women. But all along, Poloma says, “I felt like I was swimming alone upstream.”

That changed in the early 1990s, when she found an ally in David Larson, a psychiatrist who longed to integrate religion into the practice of medicine. He was in the process of founding the National Institute for Healthcare Research (NIHR); what the National Institutes of Health (NIH) is to medicine writ large, the NIHR would be for “the forgotten factor” of faith. In 1995 Larson brought Poloma to a conference organized by his funder: the John Templeton Foundation, established by the eponymous investor who died in July 2008 at 95. “That conference was a magical experience for me,” Poloma remembers. It was there that she met Stephen Post, a bioethicist who would later create the Institute for Research on Unlimited Love with Templeton money. With Post she began receiving grants from the foundation. By 2007 she was co-director of the Flame of Love Project, administering $2.3 million from Templeton to establish “a new interdisciplinary science of Godly Love,” with a focus on the Pentecostal tradition.

Other scholars aren’t quite sure what the “science of Godly Love” means, exactly. Anthea Butler, a historian of Pentecostalism at the University of Pennsylvania, remembers that when Poloma’s Flame of Love request for proposals appeared, “nobody in the field could figure out what the hell she was talking about.” Many applied anyway. “She went from being an outsider to someone with tons of money who can set the terms of discussion,” says Butler.

“This grant is something I would never have dreamed of,” Poloma told me. “I feel like I’m soaring like an eagle.” For her, all gratitude is due to the funder. “Where but Templeton would you find that kind of dialogue going on?”

Nowhere—and that’s what has some people so concerned. The kind of research Poloma and her colleagues propose, however empirical and peer-reviewed, seems to come as an affront to centuries of purported progress in disentangling natural science from supernatural belief. Depending on whom you ask, Templeton represents either the hijacking of nothing less than the meaning of life, or the restoration of its luster, which has been dulled by politics and cynicism.

Poloma’s story repeats itself throughout the cluster of academic fields that the Templeton Foundation has chosen to flush with money. This past January $4.4 million went to a project on free will, headed by philosopher Alfred Mele at Florida State University. In a particularly arresting case, between 2006 and 2009 MIT physicist Max Tegmark received $8.8 million to set up the Foundational Questions Institute (with the dashing acronym FQXi), which funds first-rate scientists to explore basic problems about time, space and the origin of the universe. Its conferences have been “a coming-out-of-the-closet experience,” says Tegmark. “Lots of people reconnect with the real reasons they started doing science in the first place.”

Templeton has a history of seeding fields of study almost from scratch. After the foundation’s initiative for research on forgiveness began in 1997, the number of psychology journal articles on the subject went from fewer than fifty per year to more than 100 in 2000 and nearly 250 in 2008. When Templeton first financed Larson’s NIHR in the early 1990s, the number of medical schools with courses on religion could be counted on one latex glove. Now, according to Dr. Christina Puchalski of the Templeton-funded George Washington Institute for Spirituality and Health, three-quarters of US medical schools have brought spirituality into their curriculums.

What connects, say, unlimited love with string theory? According to the foundation, they are among life’s “Big Questions,” the exploration of which constitutes its mission. Templeton money supports other causes, like promoting virtue, encouraging gifted youth and fostering free enterprise, but its core concerns are more cosmic: “Does the universe have a purpose?” “Does science make belief in God obsolete?” “Does evolution explain human nature?” As the advance of knowledge becomes ever more specialized and remote, these questions seem as refreshing as they are intractable; the foundation wants them to be our culture’s uniting, overriding focus. For those who work on matters of spirituality and science today, Templeton is around every turn, active in disciplines from biology and cosmology to philosophy and theology. Many leading scholars speak of it with a tone of caution; some who have not applied for grants expect to do so in the future, while a few have taken a principled stand against doing so.

Like debates about religion broadly, debates about Templeton often get mapped onto the culture wars in black and white, or red and blue. It doesn’t help that the foundation is a longstanding donor to conservative think tanks like the Heritage Foundation and the Cato Institute. And while its founder preferred eternal questions to worldly politics, the son who has succeeded him, John Templeton Jr.—Jack—is a conservative Evangelical who spends his personal time and money opposing gay marriage and defending the Iraq War. Since his father’s death, concerns have swirled among the foundation’s grantees and critics alike that Jack Templeton will steer the foundation even further rightward and, perhaps, even further from respectable science.