The Unique Nature of Humility 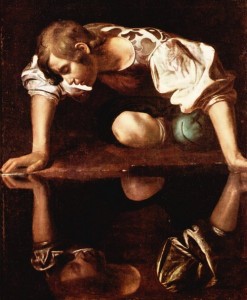 The following is an excerpt from In Character. The entire article is available, here.

Humility is generally seen to be a virtue, then. But it is a peculiar kind of virtue. For one thing, it requires for its realization that we constantly do battle with, and insistently defeat, some of our strongest and deepest inclinations. This requirement would appear to run athwart the usual assumption that human virtues are forms of excellence which express the fullest flourishing of human nature. The great cardinal virtues – justice, prudence, temperance, and fortitude – are all clearly of that variety, refinements and intensifications of qualities of character that seem to arise naturally in reasonably well-reared individuals, and are clearly complementary to their natural endowments. Not so humility, which sets itself against many of our most fundamental impulses, clips our wings, and negates our desires – working, in a sense, against nature itself. Which may be precisely why Aristotle declined to regard humility as a virtue, and instead exalted “greatness of soul” (megalopsychia) as the convergence of the moral virtues – a mean, as all the virtues were for Aristotle, between the extremes of vanity and pusillanimity. Whatever else one might say about the megalopsychos, the great-souled man, he was not humble.

It is not for nothing that the word humility is so close to the word humiliation. Humility may require of us acts of passivity or self-limitation in response even to the basest affronts, affronts that may border on being degrading or shameful, acts to which the most natural reaction of (as we might put it) “any self-respecting person” would be to fight back, and feel entirely justified in doing so. Who can read the story of Jesus’s arrest, trial, and crucifixion, and not feel the impulse to ask: Why his utter passivity? Why doesn’t he escape? Why doesn’t he use his divine powers? There is a magnificence in Jesus’s selfless obedience, but it is also troubling, and it should be. The “natural person” in us cries out in amazement and horror at the sight of a humility that goes beyond all bounds and defies our comprehension, willing to be the “sheep led to the slaughter.”

There is an additional peculiarity to humility. It is a virtue that is constantly in danger of subverting itself and turning into its own opposite. As a result, what appears to be humility may very easily be, or become, something radically different from humility.

The paradox is easily explained. As we become more accomplished in something, we tend to take pride in our advances and see our growing mastery, particularly when accompanied by the pleasure or approval of others, as a spur to further improvements. A pianist likes to show off her skill in playing a Beethoven sonata; an apprentice cabinetmaker feels quiet satisfaction in the work of his hands; a dancer delights in knowing the pleasure her movements bring to another. But humility is, by definition, a virtue which systematically denies us these satisfactions. It is the virtue in which we should never take pride, whether that pride is generated entirely by ourselves or fed by the approval of others.

Indeed, one could argue that the more deeply we commit ourselves to a way of thinking and being that accords with the voracious standard of humility, the greater the danger that we will succumb to precisely the vice of pride – and in particular the insidious variant called spiritual pride – against which the virtue of humility struggles most continuously. Such a conundrum has its comic side, best expressed in what might be called the Mac Davis Syndrome. “Oh Lord, it’s hard to be humble,” crooned country-boy Davis in his 1980 hit song, “when you’re perfect in every way.” The line is refreshingly funny because it is rooted in the truth about the peculiar insufferableness of a certain kind of self-satisfied humility. But the joke is on us. Every “improvement” we make in ourselves when pursuing the virtue of humility also presents us with the danger that, in recognizing it as an improvement and giving ourselves credit for that, we will begin to see ourselves as better than we are. Gradually, imperceptibly but surely, we will begin to be proud of nothing so much as our ever more perfect humility. Then it really will be hard to be humble.

Think, by way of comparison, of more uncomplicated virtues such as courage, or fortitude, or faith. The more one possesses such a virtue, the more credible is one’s possession of it in the eyes of others. The man who does increasingly courageous things is more and more evidently a courageous man. And the more he grows in the possession and manifestation of courage, the more confidently he can be identified, and he can identify himself, as a man firmly rooted in the virtue of courage. He does not detract from his courageousness by acknowledging it; nor does he enhance it by refusing to accept accolades, medals, and the like. He does not run the risk of somehow becoming a coward, or falling under suspicion of being one, or of being labeled one, by performing too many acts of courage, or becoming too pleased with himself on that count. Nor, thinking of other virtues in a similar way, can one’s display of unending perseverance, or profound faithfulness, put one instantly into danger of a descent into flakiness or infidelity.

In other words, humility is a uniquely anti-reflexive virtue. By this, I mean that it is, by its very nature, resistant to self-evaluation and self-appreciation, not to speak of self-scoring; the minute one begins to undertake those judgments, one has fatally violated the ground rules and undone the whole effort. There is a kind of Heisenberg principle at work, meaning that, while one can make judgments about the humility of others, there is no mirror into which one can gaze to discover the uncomplicated truth about one’s own “progress” in humility. Small wonder that so many religious and philosophical traditions understand humility as a process of self-emptying and self-forgetting, a rigorous discipline that involves a relentless training of the eyes of one’s soul to gaze upon the things outside oneself. It seems that one can have humility or a Proustian self-awareness, but one cannot aspire to both.

And, as if that were not enough, there is yet another twist to the conundrum. There has long been a tension in the way we think about the utility of the virtues, a tension that has fascinated and preoccupied modern political and social philosophers and moralists from Machiavelli to Benjamin Franklin to Tocqueville to Weber, to mention only a few. It is the tension between appearance and reality, and it boils down to one question. Which is more important: having the appearance of virtue, or having the virtue itself? Which is more important, seeming or being? For Aristotle, there could be no doubt about the matter. But the moderns were less certain. And with good reason, for it is a serious and open question. In a free and fluid commercial society, where the fortunes of individuals are changing constantly and where one has to know how to appeal directly to individuals one does not know, the art of impression management becomes essential. What good, after all, does it do a political leader to be courageous or judicious if no one knows that he is? He can have the personal satisfaction of possessing that virtue. But it will matter very little if his constituents believe him to be something other than what he is; then all the virtue in the world will not be proof against political disaster.

Ideally, then, the virtuous leader should also take care to be known to be virtuous. And there is nothing wrong with that. But it is a very short step from such a realization to the more ominous and corrosive belief that impression management is all that matters, and that seeming not only matters more than being, but is the only thing that matters at all. Every virtue is subject to this tension. But under the conditions of modern life, with its ubiquitous emphasis upon the production of pleasing appearances and effective forms of self-presentation, crafted by various public relations professionals for promulgation in the organs of mass publicity, the powers that be can easily cooperate (or conspire) to create an utterly false simulacrum of reality and convince the public of its truthfulness, making the situation far more perilous than it has ever been before. It is not impossible that someone should actually possess the virtues that others are induced to see him as possessing. It does happen, and perhaps it does so less rarely than the passage of camels through needles’ eyes. But we are all too accustomed by now to the idea that this feat is far from automatic, and that the intricate manipulations involved in presenting a “seeming” virtue convincingly may, in fact, require talents that are at the opposite end of the spectrum from the virtue itself.

With the virtue of humility, however, the disjunction between seeming and being is near absolute, to an extent that would not be possible for most of the other virtues. Once again, the anti-reflexive character of humility provides the explanation. To strive to appear to be humble, for whatever purposes, is an instant disqualifier for anyone who actually wants to be humble. The two things are intrinsically contradictory, as is vividly illustrated in the person of Charles Dickens’s famous character Uriah Heep, whose name has become a byword for cloying and manipulative insincerity parading in the guise of humility. Jesus pointed to the same disjuncture in the nature of humility in his stinging rebuke of those who ostentatiously pray in public, so that they can be seen to pray, or who fast in conspicuous ways that advertise their virtuous self-denial. Those who would pray, he counseled, should do so in the utmost privacy, without any thought of a public effect; and those who fast should, if anything, try their utmost to conceal it, so as to avoid the pitfall of seeking men’s approval rather than God’s.

One Response to The Unique Nature of Humility