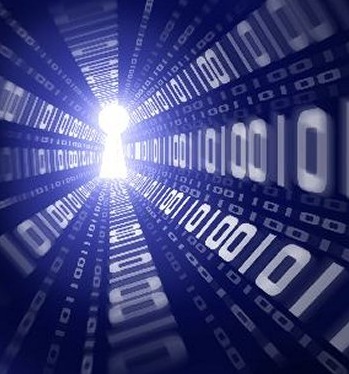 Is physical science—as some people say—omnicompetent? Can it (that is) answer all possible questions? If, for instance, we ask why human beings sometimes behave so appallingly – or how we know that they shouldn’t behave so appallingly; or what is the best way to deal with inner conflicts; or whether depression is a physical or a mental trouble – can we look to the physical sciences for an answer? How would we even start to hunt for it there?

This idea that science is an all-purpose oracle dealing with every kind of question is surely very odd. Yet that promise was confidently launched in the 1930s and has proved a very powerful myth. Faith in it seems (perhaps understandably) to be getting even stronger now as more traditional faiths are sidelined. Thus, the psychologist Nicholas Humphrey writes confidently in his book, Soul Searching, that the inventors of modern science meant it to provide “a sufficient explanation for everything that is or might be”, and it has indeed now managed to do this:

“Two hundred years later this programme for a self-sufficient science has succeeded beyond the dreams of its inventors … The major puzzles of existence have been pulled to pieces [by] all-conquering and consuming scientific rationality. Indeed, the basic laws that govern everything have turned out to be fewer in number and, to those who understand them, simpler and more beautiful than anyone originally guessed. So successful has it been that many scientists would now say, and even fear, that there will soon be little left for them to do.” (Emphasis mine.)

What can this mean? Talk of basic laws surely means physics; yet this seems wild. Lord Kelvin is well known to have been mistaken when he made that claim, and today’s physics – besides being incredibly complicated – is notoriously uncertain how to reconcile its views on two crucial topics: general relativity and quantum mechanics. Physicists, in fact, are not offering any all-purpose key to the universe, nor (of course) ought they to. Serious scientists know that their enquiries are endless; any answers always raise a swarm of new questions.

Neither, of course, do physicists claim to deal with the “major puzzles of existence”. In fact, the success of 17th-century physics was due wholly to its founders seeing the need to limit its scope – to separate out physical questions from others that were entangled with them. When Isaac Newton said that he felt he was only a child picking up shells on the shore of an infinite ocean, he did not mean merely that it might be a couple of hundred years before physicists managed to discover and explain everything. He meant that life as a whole is radically mysterious. The sciences deal only with a tiny fragment of it; other kinds of questions need quite different forms of answer.

Humphrey, however, is convinced that something called science has indeed in some way solved the mind-body problem, apparently by proving that “there is no need for a life-force … no need for a human soul to explain the difference between consciousness and unconsciousness”. But of course that was never the point.

Our problem here is to understand the relation between these two things – between our inner and outer life, between consciousness and its objects, between the vulnerable self and the world it has to deal with. This is not a physical problem. It is a problem about how to understand and face life as a whole. And it is not about to go away.

This article originally appeared on the Guardian.

3 Responses to Is Science Omnicompetent?