Changes for the Templeton Foundation 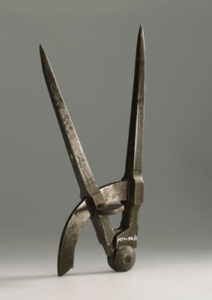 By M. Mitchell Waldrop
At the headquarters of the John Templeton Foundation, a dozen kilometres outside Philadelphia, Pennsylvania, the late billionaire seems to watch over everything. John Templeton’s larger-than-life bust stands at one end of the main conference room. His life-sized portrait smiles down from a side wall. His face peers out of framed snapshots propped on bookshelves throughout the many office.

It seems fitting that Templeton is keeping an eye on the foundation that he created in 1987, and that consumed so much of his time and energy. With a current endowment estimated at US$2.1 billion, the organization continues to pursue Templeton’s goal of building bridges between science and religion. Each year, it doles out some $70 million in grants, more than $40 million of which goes to research in fields such as cosmology, evolutionary biology and psychology.

As generous as the foundation’s support is, however, many scientists find it troubling — and some see it as a threat. Jerry Coyne, an evolutionary biologist at the University of Chicago, Illinois, calls the foundation “sneakier than the creationists”. Through its grants to researchers, Coyne alleges, the foundation is trying to insinuate religious values into science. “It claims to be on the side of science, but wants to make faith a virtue,” he says.

But other researchers, both with and without Templeton grants, say that they find the foundation remarkably open and non-dogmatic. “The Templeton Foundation has never in my experience pressured, suggested or hinted at any kind of ideological slant,” says Michael Shermer, editor of Skeptic, a magazine that debunks pseudoscience, who was hired by the foundation to edit an essay series entitled ‘Does science make belief in God obsolete?’

The debate highlights some of the challenges facing the Templeton Foundation after the death of its founder in July 2008, at the age of 95. With the help of a $528-million bequest from Templeton, the foundation has been radically reframing its research programme. As part of that effort, it is reducing its emphasis on religion to make its programmes more palatable to the broader scientific community.

Like many of his generation, Templeton was a great believer in progress, learning, initiative and the power of human imagination — not to mention the free-enterprise system that allowed him, a middle-class boy from Winchester, Tennessee, to earn billions of dollars on Wall Street. The foundation accordingly allocates 40% of its annual grants to programmes with names such as ‘character development’, ‘freedom and free enterprise’ and ‘exceptional cognitive talent and genius’.

Unlike most of his peers, however, Templeton thought that the principles of progress should also apply to religion. He described himself as “an enthusiastic Christian” — but was also open to learning from Hinduism, Islam and other religious traditions. Why, he wondered, couldn’t religious ideas be open to the type of constructive competition that had produced so many advances in science and the free market?

That question sparked Templeton’s mission to make religion “just as progressive as medicine or astronomy”. He started in 1972, by endowing the Templeton Prize for progress in religion. He stipulated that the cash value should always be higher than that of the Nobel Prizes; it currently stands at £1 million (US$1.6 million). Early Templeton prizes had nothing to do with science: the first went to the Catholic missionary Mother Theresa of Calcutta in 1973.

By the 1980s, however, Templeton had begun to realize that fields such as neuroscience, psychology, and physics could advance understanding of topics that are usually considered spiritual matters — among them forgiveness, morality and even the nature of reality. So he started to appoint scientists to the prize panel, and in 1985 the award went to a research scientist for the first time: Alister Hardy, a marine biologist who also investigated religious experience. Since then, scientists have won with increasing frequency. In 2010, the prize went to Francisco Ayala, a geneticist at the University of California, Irvine, and a former Dominican priest who has spent 30 years fighting the teaching of creationism and intelligent design in schools as alternatives to evolution.

The prize has come in for some academic scorn. “There’s a distinct feeling in the research community that Templeton just gives the award to the most senior scientist they can find who’s willing to say something nice about religion,” says Harold Kroto, a chemist at Florida State University in Tallahassee, who was co-recipient of the 1996 Nobel Prize in Chemistry and describes himself as a devout atheist.

Yet Templeton saw scientists as allies. They had what he called “the humble approach” to knowledge, as opposed to the dogmatic approach. “Almost every scientist will agree that they know so little and they need to learn,” he once said.

The scientific attitude informed the motto that Templeton crafted for his foundation: “How little we know, how eager to learn.”

The foundation began with just two employees in a room above the garage of his oldest son, Jack Templeton, in Bryn Mawr, Pennsylvania. The foundation’s initial activities were also modest: administering the Templeton Prize, funding science and religion courses at universities and seminaries, and sponsoring essay contests.

“But the foundation was a research project in his mind,” says Jack Templeton, who retired from his career as a paediatric and trauma surgeon in 1995 to become the organization’s president. The slowly growing staff was bombarded with ideas and directives in a near-daily stream of faxes from Lyford Cay in the Bahamas, where the elder Templeton had lived since 1968.

Templeton’s interests gave the resulting list of grants a certain New Age quality (See Table 1). For example, in 1999 the foundation gave $4.6 million for forgiveness research at the Virginia Commonwealth University in Richmond, and in 2001 it donated $8.2 million to create an Institute for Research on Unlimited Love (that is, altruism and compassion) at Case Western Reserve University in Cleveland, Ohio.

“A lot of money wasted on nonsensical ideas,” says Kroto. Worse, says Coyne, these projects are profoundly corrupting to science, because the money tempts researchers into wasting time and effort on topics that aren’t worth it. If someone is willing to sell out for a million dollars, he says, “Templeton is there to oblige him”.

2 Responses to Changes for the Templeton Foundation