The Resurrection of Sam Harris 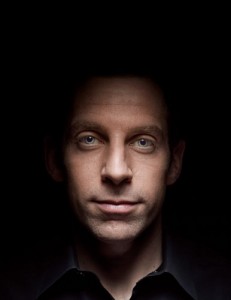 Sam Harris, the best-selling atheist author, has done it again! In 2004, the American neuroscientist published End of Faith, securing his position as one of the “Four Horsemen of Atheism,” among the ranks of Richard Dawkins and Christopher Hitchens. A few years ago, when I glanced at his best-selling End of Faith in the bookstore, I just happened to open to his section on mysticism. There, in a few paragraphs, he differentiated mysticism from religion, identifying religion as a belief or faith and mysticism as rational. I appreciated what he was trying to say, but really, mysticism is more than that: it is transrational. It picks up where good reasoning leaves off. In other words, it takes us above reasoning, unlike mere belief, which often takes us below the realm of reason into the serendipitous superstitious.

Harris is a rational mystic in belief but not in experience. He does not believe in the metaphysical claims of the mystics, but he can’t help but acknowledge that he believes their experience of expanded consciousness and contentment—bliss—is desirable and that such a belief is reasonable. After all, it is indeed rational to rise above greed, envy, lust, and the like, or at least go somewhere where these things are not in the dictionary. But Harris dare not call this realm spirituality. Doing so once found him backtracking to remain credible in the realm of secular reasoning where he resides—the circle of samsara, not nirvana.

What has Harris done again? Well, in those few paragraphs of the End of Faith, Harris had shot himself in the foot. Mysticism is the heart of religion; it is where religion is supposed to take us and has taken quite a few influential people—Christ, Krishna, Saint Francis, Sankara, Ramana, Rumi, Caitanya, and so on. You cannot embrace one and entirely reject the other. Surely religion sometimes does not lead to mysticism, and some religions reject it altogether, but any theologian knows this is but the abuse of religion. Thus, in End of Faith, Harris shot himself in the foot. But in his latest book, The Moral Landscape, he has shot himself in the head!

Imagine men and women in white coats deciding for us whether or not we are happy. Welcome to Harris’ world, where all meaning is derived from measurement. The moral relativity of postmodernism is empty, but Sam’s dark world of ultimately meaningless-yet-measured meaning is full of it.

Harris suggests that we accomplish the reconciliation of measurement and meaning by deriving all meaning from measurement—objectifying the subjective. This is a hideous idea that at best only seems to make sense if consciousness is reduced to matter, at which point nothing matters in any absolute sense anyway. But that’s Sam’s faith.

In an interesting turn of events, after shooting himself in the head—who would have believed it—Sam Harris rose from the dead! And as one might expect, after experiencing resurrection himself, he is now a believer. Judging by a recent interview in the US magazine Newsweek, Harris has quickly moved on from his most recent book and transcended the moral landscape all together. Mysticism transcends morality. If there is no other, who is there to steal from, whose husband is there to covet?

I her recent article, Newsweek religious editor Linda Miller writes about her interview with Harris over lunch:

When polled about God, “people substitute in their own ideas,” says John Green, senior research adviser at Pew. “People have a vague, fuzzy notion of transcendence, and they substitute God for it…When you try to make the definition more specific, fewer people answer in the affirmative.” Or put another way, “If you let the concept of God float a little bit, almost everybody is a theist,” says Stephen Prothero, author of God Is Not One. What Sam Harris believes in—rationality, morality, transcendence, humility, awe, community, selflessness, and love—meets a fairly common definition of God.

But Harris would not use the same word to describe his object of belief, saying,

It’s really good that Sam got that straight in his most recent incarnation. It leaves him no wiggle room to reply to the likes of Free Inquiry editor Tom Flynn, as he did when he was criticized for veering off into mysticism in his End of Faith. No wiggle room so as to appear credible and faithful to the publication and its secular creed. In this lifetime—his resurrection—Harris is standing up for what he really believes in, thank Consciousness. Consciousness, the God of yoga, prevails in our times in the very least in a most pragmatic sense. If anything about humanity is venerable, it is that which has the capacity to venerate—the subjective reality.