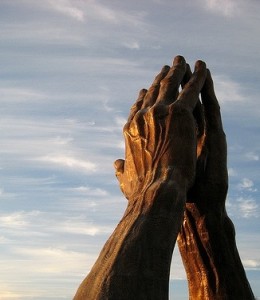 By B. R. Sridhara-Deva Goswami

We find that people are always reluctant to go beyond the conception that they currently hold. Wherever a person is, in whatever plane of knowledge—or ignorance also—he is attached to that conception. Such is the case not only in religion, but everywhere.

At the same time, all people accept some sort of authority. Some people accept the Bible, some the Koran; the Hindu class will accept something else, while the tribal Africans yet another thing. But when a comparison is to be drawn, the people must come out of their local bigotry and approach the matter with an open mind; they will have to come out into the broad daylight, under the open sky, and will have to consult—to compare, to reject, and to accept. Otherwise, where is the chance of progress? Because whatever the conception in which one is presently situated, he is attached to that. Such is the situation everywhere, and not only in religion.

For example, every nation may boast that “We are the first-class military power.” But when the test comes, when there is war, then it is decided who is who! Russia boasted “We have the power to control the whole world”; others also have claimed this. In the beginning of the second Great War, Emperor Tojo of Japan said, “We are prepared for a hundred years of war! The Europeans will fight together and be finished, and we will be Emperor of the whole world”. This was his boast but as it was shown, to think something is one thing, and reality is another.

There was one Arabian gentleman who became a bhakta. He once said, “From the beginning, I had the tendency to go through the religious books of all the nations. In the course of that I found that the Indian religious writers have covered, in space and in time, a huge field the most vast and ancient. In the Bible it is told that the world was created a few thousand years ago; but Indian theology says that so many evolutions and dissolutions have taken place. So many creations and dissolutions have occurred throughout history; the entire solar system has been dissolved, and again created, and again dissolved. And the history of such vast spans of time is to be found in those writings of India. Time has been treated in such a more spacious way there, as compared to its treatment by other theologians of the world. And such a treatment is given not only of time, but space also: the creation of the universe itself, how it was begun, formed, and is ended.”

Both geographically and historically, that gentleman found that what has been given in the Indian theological books is such that nothing can come in comparison with it.

And he was astonished also to discover, how from beyond this body, and beyond this universe, those rsis could gather knowledge of such a graphic and spacious nature, collected from the planes beyond the known world. And further, that this knowledge has been distributed by the propounders of the Indian religious scriptures. So that man concluded: “This must be the broadest amongst all religious conceptions.” And he was attracted to search for the truth through that way.

Wherever the real thing, the real religious truth, is found, we must be open to accept that for its own intrinsic value and not be guided by the physical, mundane affinity from where I have got my body, or my country, and so on. We must rise above all this material consciousness and be a clear student; with complete openness we shall be an enquirer after the truth from wherever it comes. Only with this spirit can we overcome the fear of our own progress.

6 Responses to Pursue the Truth from Wherever it Comes