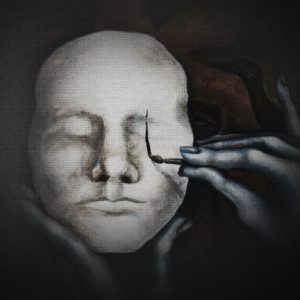 Mark Pierpont used to be an important figure in the evangelical Christian effort to help “cure” gay people of their homosexual desires. He started out just printing up tracts and handing them out in gay bars, but his ministry grew over time, and eventually he was traveling the world and speaking to crowds that sometimes numbered in the thousands. There was just one problem. Mark Pierpont himself was gay. He continued to feel sexual desires toward other men and was constantly engaged in an effort to suppress them. In the documentary film “Protagonist,” Pierpont movingly describes his inner conflict, saying that he sometimes felt an almost physical revulsion at his own desires and would then think: “Good. I hate this.  I hate sin, just like God hates sin.”

Faced with a case like this one, we might be tempted to give Pierpont some simple advice.  We might tell him that what he really needs to do is just look deep within and be true to himself. Indeed, this advice has become a ubiquitous refrain.  It can be found in high art and literature (Polonius’s “To thine own self be true”), in catchy pop songs (Madonna’s “Express Yourself”) and in endless advertisements for self-help programs and yoga retreats (“Unlock your soul; become your authentic self”).  It is, perhaps, one of the distinctive ideals of modern life.

Yet, though there is a great deal of consensus on the importance of this ideal, there is far less agreement about what it actually tells us to do in any concrete situation.  Consider again the case of Mark Pierpont.  One person might look at his predicament and say: “Deep down, he has always wanted to be with another man, but he somehow picked up from society the idea that this desire was immoral or forbidden.  If he could only escape the shackles of his religious beliefs, he would be able to fully express the person he really is.”

But then another person could look at exactly the same case and arrive at the very opposite conclusion: “Fundamentally, Pierpont is a Christian who is struggling to pursue a Christian life, but these desires he has make it difficult for him to live by his own values.  If he ever gives in to them and chooses to sleep with another man, he will be betraying what was is most essential to the person he really is.”

Each of these perspectives seems like a reasonable one, at least worthy of serious consideration.  So it seems that we are faced with a difficult philosophical question.  How is one to know which aspect of a person counts as that person’s true self?

If we look to the philosophical tradition, we find a relatively straightforward answer to this question.  This answer, endorsed by numerous different philosophers in different ways, says that what is most distinctive and essential to a human being is the capacity for rational reflection.  A person might find herself having various urges, whims or fleeting emotions, but these are not who she most fundamentally is.  If you want to know who she truly is, you would have to look to the moments when she stops to reflect and think about her deepest values.  Take the person fighting an addiction to heroin.  She might have a continual craving for another fix, but if she just gives in to this craving, it would be absurd to say that she is thereby “being true to herself” or “expressing the person she really is.” On the contrary, she is betraying herself and giving up what she values most. This sort of approach gives us a straightforward answer in a case like Mark Pierpont’s.  It says that his sexual desires are not the real him.  If he loses control and gives in to these desires, he will be betraying his true self.

But when I mention this view to people outside the world of philosophy, they often seem stunned that anyone could ever believe it.  They are immediately drawn to the very opposite view.  The true self, they suggest, lies precisely in our suppressed urges and unacknowledged emotions, while our ability to reflect is just a hindrance that gets in the way of this true self’s expression.  To find a moment when a person’s true self comes out, they think, one needs to look at the times when people are so drunk or overcome by passion that they are unable to suppress what is deep within them.  This view, too, yields a straightforward verdict in a case like Pierpont’s.  It says that his sexual desires are what is most fundamental to him, and to the extent that he is restraining them, he is not revealing the person he really is.

In my view, neither of these two perspectives fully captures the concept of a true self. The trouble is that both of them assume that the true self can be identified in some straightforward way with one particular part of a person’s psychology. But it seems that the matter is more complex. People’s ordinary understanding of the true self appears to involve a kind of value judgment, a judgment about what sorts of lives are really worth living. So people will tend to arrive at different judgments regarding the nature of Pierpont’s self depending on whether they think that a homosexual lifestyle truly is a valuable one.

To put this hypothesis to the test, I teamed up with my colleagues — the psychologists George Newman and Paul Bloom. Together, we are pursuing a project in the emerging interdisciplinary field of “experimental philosophy.” That is to say, we are taking these abstract philosophical questions and using them to generate systematic experimental studies that can give us a better sense of how people actually use these concepts.

27 Responses to The Authentic Self