What Makes a Man? 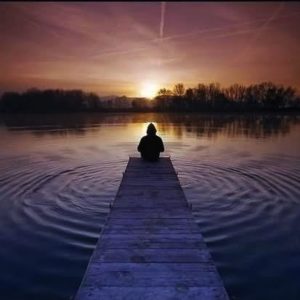 “WHAT was he thinking?” That’s the question columnists, talking heads and my (mostly female) friends have been asking about Representative Anthony D. Weiner of New York, who announced Thursday that he would resign, just over a week after admitting he’d sent sexually explicit photographs and messages to women over the Internet.

The conventional answer is that when it comes to sex, a certain kind of man, no matter how intelligent, doesn’t think at all; he just acts. Somehow a need for sexual conquest, female adulation and illicit and risky liaisons seems to go along with drive, ambition and confidence in the “alpha male.” And even if we denounce him and hound him from office, we tend to accept the idea that power accentuates the lusty nature of men.

This conception of masculinity is relatively new, however. For most of Western history, the primary and most valued characteristic of manhood was self-mastery. Late antique and Roman writers, like Plutarch, lauded men for their ability to resist sexual temptation and control bodily desire through force of will and intellect. Too much sex was thought to weaken men: a late-15th-century poem mocks an otherwise respectable but overly sexually active burgess who has “wasted and spent” his “substance” until there is “naught left but empty skin and bone.”

Rampant sexuality was something men were supposed to grow out of: in medieval political theory, young male bodies were used as symbols of badly run kingdoms. A man who indulged in excessive eating, drinking, sleeping or sex — who failed to “rule himself” — was considered unfit to rule his household, much less a polity.

Far from seeming “manly,” aggressive sexuality was associated with women. In contrast to the Victorian view of women that is still influential today, ancient and medieval writers described women as consumed by lust and sexual desire. In 1433, officials in Florence charged with regulating women’s dress and behavior sought “to restrain the barbarous and irrepressible bestiality of women who, not mindful of the weakness of their nature, forgetting that they are subject to their husbands, and transforming their perverse sense into a reprobate and diabolical nature, force their husbands with their honeyed poison to submit to them.”

Because of this association of sexuality with femaleness, men who failed to control their sexual urges or were susceptible to feminine attractions found their masculinity challenged. Marc Antony was roundly mocked as having been “softened and effeminized” by his desire for Cleopatra. When the king and war hero Pedro II of Aragon spent the night before a battle not in prayer or council but in bed with a woman, he was labeled effeminate.

Few of us would wish to revive these notions or endorse medieval misogyny. But in the face of recent revelations about the reckless and self-indulgent sexual conduct of so many of our elected officials, it may be worth recalling that sexual restraint rather than sexual prowess was once the measure of a man.

How and why have we moved so far from this ideal? Why do so many powerful men take sexual risks that destroy their families and careers? Contemporary worship of youth is one explanation: rather than shunning the idea of childishness, many adults, male and female, now spend much of their time clinging to an illusory and endless adolescence. The ability to be a “player” well into middle age thus becomes a point of pride, rather than shame, for the modern man. Perhaps the erosion of men’s exclusive status as breadwinners and heads of households also figures in: when one no longer “rules the household,” there may be less motivation for or satisfaction in “ruling oneself.”

But in the face of recent headlines I find myself less inclined to analyze or excuse current mores than to echo medieval ones. The critics of Pedro II of Aragon would have turned Arnold Schwarzenegger’s own words against him and his kind: Who are the girlie men now?

10 Responses to What Makes a Man?