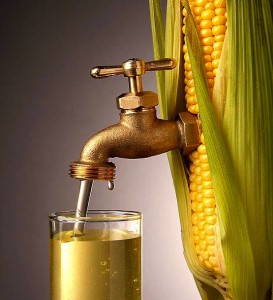 Feeling the need for an example of government policy run amok? Look no further than the box of cornflakes on your kitchen shelf. In its myriad corn-related interventions, Washington has managed simultaneously to help drive up food prices and add tens of billions of dollars to the deficit, while arguably increasing energy use and harming the environment.

Even in a crowd of rising food and commodity costs, corn stands out, its price having doubled in less than a year to a record $7.87 per bushel in early June. Booming global demand has overtaken stagnant supply.

But rather than ameliorate the problem, the government has exacerbated it, reducing food supply to a hungry world. Thanks to Washington, 4 of every 10 ears of corn grown in America — the source of 40 percent of the world’s production — are shunted into ethanol, a gasoline substitute that imperceptibly nicks our energy problem. Larded onto that are $11 billion a year of government subsidies to the corn complex.

Corn is hardly some minor agricultural product for breakfast cereal. It’s America’s largest crop, dwarfing wheat and soybeans. A small portion of production goes for human consumption; about 40 percent feeds cows, pigs, turkeys and chickens. Diverting 40 percent to ethanol has disagreeable consequences for food. In just a year, the price of bacon has soared by 24 percent.

To some, the contours of the ethanol story may be familiar. Almost since Iowa — our biggest corn-producing state — grabbed the lead position in the presidential sweepstakes four decades ago, support for the biofuel has been nearly a prerequisite for politicians seeking the presidency.

Those hopefuls have seen no need for a foolish consistency. John McCain and John Kerry were against ethanol subsidies, then as candidates were for them. Having lost the presidency, Mr. McCain is now against them again. Al Gore was for ethanol before he was against it. This time, one hopeful is experimenting with counter-programming: as governor of corn-producing Minnesota, Tim Pawlenty pushed for subsidies before he embraced a “straight talk” strategy.

Eating up just a tenth of the corn crop as recently as 2004, ethanol was turbocharged by legislation in 2005 and 2007 that set specific requirements for its use in gasoline, mandating steep rises from year to year. Yet another government bureaucracy was born to enforce the quotas.

To ease the pain, Congress threw in a 45-cents-a-gallon subsidy ($6 billion a year); to add another layer of protection, it imposed a tariff on imported ethanol of 54 cents a gallon. That successfully shut off cheap imports, produced more efficiently from sugar cane, principally from Brazil.

Here is perhaps the most incredible part: Because of the subsidy, ethanol became cheaper than gasoline, and so we sent 397 million gallons of ethanol overseas last year. America is simultaneously importing costly foreign oil and subsidizing the export of its equivalent.

That’s not all. Ethanol packs less punch than gasoline and uses considerable energy in its production process. All told, each gallon of gasoline that is displaced costs the Treasury $1.78 in subsidies and lost tax revenue.

Nor does ethanol live up to its environmental promises. The Congressional Budget Office found that reducing carbon dioxide emissions by using ethanol costs at least $750 per ton of carbon dioxide, wildly more than other methods. What is more, making corn ethanol consumes vast quantities of water and increases smog.

Then there’s energy efficiency. Studies reach widely varying conclusions on that issue. While some show a small saving in fossil fuels, others calculate that ethanol consumes more energy than it produces.

22 Responses to The Great Corn Con