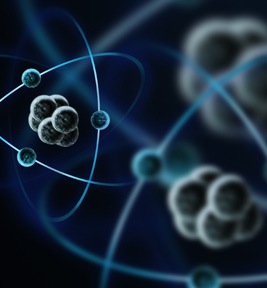 The following is excerpted from Henry Stapp’s Mindful Universe: Quantum Mechanics and the Participating Observer (2007).

Science has improved our lives in many ways. It has lightened the load of tedious tasks and expanded our physical powers, thereby contributing to a great flowering of human creativity. On the other hand, it has given us also the capacity to ravage the environment on an unprecedented scale and to obliterate our species altogether. Yet along with this fatal power it has provided a further offering which, though subtle in character and still hardly felt in the minds of men, may ultimately be its most valuable contribution to human civilization, and the key to human survival.

Science is not only the enterprise of harnessing nature to serve the practical needs of humankind. It is also part of man’s unending search for knowledge about the universe and his place within it. This quest is motivated not solely by idle curiosity. Each of us, when trying to establish values upon which to base conduct, is inevitably led to the question of one’s place in the greater whole. The linkage of this philosophical inquiry to the practical question of personal values is no mere intellectual abstraction. Martyrs in every age are vivid reminders of the fact that no influence upon human conduct, even the instinct for bodily self-preservation, is stronger than beliefs about one’s relationship to the rest of the universe and to the power that shapes it. Such beliefs form the foundation of a person’s self-image, and hence, ultimately, of personal values.

It is often claimed that science stands mute on questions of values: that science can help us to achieve what we value once our priorities are fixed, but can play no role in fixing these weightings. That claim is certainly incorrect. Science plays a key role in these matters. For what we value depends on what we believe, and what we believe is strongly influenced by science.

A striking example of this influence is the impact of science upon the system of values promulgated by the church during the Middle Ages. That structure rested on a credo about the nature of the universe, its creator, and man’s connection to that creator. Science, by casting doubt upon that belief, undermined the system of values erected upon it. Moreover, it put forth a credo of its own. In that `scientific’ vision we human beings were converted from sparks of divine creative power, endowed with free will, to mechanical automata – to cogs in a giant machine that grinds inexorably along a preordained path in the grip of a blind causal process.
This material picture of human beings erodes not only the religious roots of moral values but the entire notion of personal responsibility. Each of us is asserted to be a mechanical extension of what existed prior to his or her birth. Over that earlier situation one has no control. Hence for what emerges, preordained, from that prior state one can bear no responsibility.

This conception of man undermines the foundation of rational moral philosophy, and science is doubly culpable: It not only erodes the foundations of earlier value systems, but also acts to strip man of any vision of himself and his place in the universe that could be the rational basis for an elevated set of values.

During the twentieth century this morally corrosive mechanical conception of nature was found to be profoundly incorrect. It failed not just in its fine details, but at its fundamental core. A vastly different conceptual framework was erected by the atomic physicists Werner Heisenberg, Niels Bohr, Wolfgang Pauli and their colleagues. Those scientists were forced to a wholesale revision of the entire subject matter of physical theory by the peculiar character of the new mathematical rules, which were invariably validated by reliable empirical data.

The earlier `classical’ physics had emerged from the study of the observed motions of the planets and large terrestrial objects, and the entire physical universe was, correspondingly, conceived to be made, essentially, out of miniaturized versions of these large visible objects.

Called “solid, massy, hard, impenetrable moveable particles” by Newton (1704), these tiny objects were conceived to act upon each other by contact interactions, much like billiard balls, except for the mysterious action at a distance called gravity. Newton himself rejected the idea that gravity could really act at distance without any intervening carrier. Nevertheless, provisional rules were found that were imagined to control the behavior of these tiny entities, and thus also the objects composed of them. These laws were independent of whether or not anyone was observing the physical universe: they took no special cognizance of any acts of observation performed by human beings, or of any knowledge acquired from such observations, or of the conscious thoughts of human beings. All such things were believed, during the reign of classical physics, to be completely determined, insofar as they had any physical consequences, by the physically described properties and laws that acted wholly mechanically at the microscopic scale. But the baffling features of new kinds of data acquired during the twentieth century caused the physicists who were studying these phenomena, and trying to ascertain the laws that governed them, to turn the whole scientific enterprise upside down.

Perhaps I should say that they turned right side up what had been upside down. For the word `science’ comes from the Latin word `scire’, `to know’, and what the founders of the new theory claimed, basically, is that the proper subject matter of science is not what may or may not be `out there’, unobserved and unknown to human beings. It is rather what we human beings can know, and can do in order to know more. Thus they formulated their new theory, called quantum mechanics, or quantum theory, around the knowledge-acquiring actions of human beings, and the knowledge we acquire by performing these actions, rather than around a conjectured causally sufficient mechanical world. The focus of the theory was shifted from one that basically ignored our knowledge to one that is about our knowledge, and about the effects of the actions that we take to acquire more knowledge upon what we are able to know.
This modified conception differs from the old one in many fascinating ways that continue to absorb the interest of physicists. However, it is the revised understanding of the nature of human beings, and of the causal role of human consciousness in the unfolding of reality, that is, I believe, the most exciting thing about the new physics, and probably, in the final analysis, also the most important contribution of science to the well-being of our species.

3 Responses to The Mindful Universe