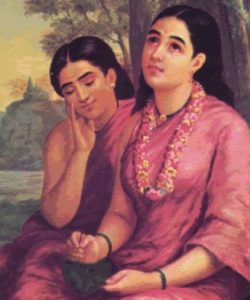 Over the last three decades, Indian newspapers have reported same-sex weddings and joint suicides taking place all over the country, both in urban and rural areas. Most of the couples are non-English-speaking young women from lower-income groups. Most of them are Hindus (not surprising since Hinduism is the majority religion in India); there have been a few Sikhs and Christians, and some interreligious as well as many inter-caste unions.

At first glance, this phenomenon might appear related to the push for gay marriage in the West, but in fact, it is not. None of these young women were connected to any movement for equality; most of them were not aware of terms like “gay” or “lesbian.” Many of them framed their desire to marry in terms drawn from traditional understandings of love and marriage, saying, for example, that they could not conceive of life without each other, and wanted to live and die together. The closest counterparts to these same-sex unions are heterosexual “love marriages” and joint suicides that are also regularly reported in the Indian press.

Same-sex desire and even sexual activity have been represented and discussed in Indian literature for two millennia, often in a nonjudgmental and even celebratory manner, but a new virulent form of modern homophobia developed in India during the colonial period (more specifically after the decisive crushing of indigenous cultures, such as the urbane culture of Lucknow, following the revolt of 1857).

This homophobia was part of a more generalized attack on Indian sexual mores and practices undertaken by British missionaries as well as educationists. It is evident not only in the anti-sodomy law introduced by the British in the Indian Penal Code of 1860 (overturned by the Delhi High Court in 2009), but also in the deliberate heterosexualization of entire literary canons and genres (such as the Urdu ghazal, or love poem, which gendered both lover and beloved as male). Saleem Kidwai and I explored this extensively inSame-Sex Love in India: Readings from Literature and History.

Most Indian nationalists internalized this homophobia and came to view homosexuality as an unspeakable crime, even as they also attacked polygamy, courtesan culture, matriliny, polyandry, and other institutions that were seen as opposed to heterosexual monogamous marriage. Prior to this, homosexuality had never been considered unspeakable in Indian texts or religions.

The new silence surrounding homosexuality is one reason modern institutions such as the police force and educational as well as religious organizations today typically respond to same-sex unions with horror and even violence. However, I would argue that in contrast to these public institutions, most families respond to same-sex unions in the same authoritarian spirit with which they respond to disapproved heterosexual unions. Most Indian families tend to be suspicious of and resist love marriages of all kinds—not just cross-caste, cross-class, cross-religion, or international marriages but even eminently “suitable” marriages that they themselves might have arranged. The degree of resistance varies widely from family to family.

Female-female unions are always love unions. Hence families respond to them as they do to male-female love unions. Depending on family dynamics, the responses range from wholehearted acceptance to hesitant tolerance to virulent opposition. When female couples elope and marry in temples, their families often enlist the help of police to track them down and separate them. Such families usually invoke the law against abduction, which is also commonly used against eloping heterosexual couples.

The violent intervention of right-wing Hindu organizations has the effect of strengthening parental opposition and inhibiting traditional types of compromise. Thus, when nineteen-year-old Seeta attempted suicide by poisoning in Meerut in January 2006, because her bride, eighteen-year-old Vandana, whom she had married in a Shiva temple, had been locked up in her parental home, the local activists of two right-wing organizations—the Vishwa Hindu Parishad (World Hindu Association) and the Shiv Sena—held a rally outside the district magistrate’s office. In an uncanny echo of the demonstrations at Matthew Shepard’s funeral, they also protested outside the hospital where Seeta lay battling for her life, shouting slogans like, “Stop perverse marriages, stop anti-social impulses,” according to The Telegraph. Both young women are from poor families and were workers in a hosiery factory.

It is important to remember that these same Hindu right-wing organizations are also opposed to cross-sex dating and romance. For over a decade, they have protested and attacked establishments that offer Valentine’s Day cards or gifts, threatening young heterosexual couples who go out together to celebrate.

Unapproved young couples (whether same-sex or heterosexual) are often violently separated and then pushed into family-arranged marriages. On the eve of such a marriage or following it, they often commit joint suicide. Lovers often perform private wedding rituals before killing themselves and leave behind notes that frame the suicide as a type of wedding in death. A typical example is that of high school teacher Ranu Mishra, 21, and college student Neetu Singh, 19, who consumed poison together in May 2005, when Ranu’s parents forcibly arranged her marriage to a man. Before taking poison, the women married each other privately, Neetu applying sindoor (vermilion) to the parting-line of Ranu’s hair. Application of sindooris a common ritual in many Hindu weddings.

Not all families oppose love marriage or even same-sex marriage. Many families first resist and then accept a marriage, incorporating it into that flexible arena called “tradition.” Like families, Hindu priests, too, adopt a range of attitudes to love marriages, including same-sex love marriages. In North India, family-arranged weddings generally take place at home, while a wedding disapproved of by parents often takes place in a temple. Runaway heterosexual couples frequently get married in temples. Female couples have been marrying in temples all over the country, from the first such reported case in 1987 when two policewomen, Leela Namdeo and Urmila Srivastava, married in a temple in Bhopal in central India, to the present day. Many cases have been reported of families coming to accept same-sex unions and participating in, as well as arranging, wedding ceremonies for the couple.

The law courts, the media, and some Hindu spaces are the three forces that have proved most helpful to female couples (as well as heterosexual couples in cross-caste and cross-religion unions). Whenever female couples have managed to get past local police and appeal to the law, the courts have consistently upheld their right to live together. If the women have some economic resources and social support, they may then be able to live independently, without police harassment. However, if local communities or their families subsequently harass them, courts have not been able to offer timely protection. Nevertheless the courts’ declaration that two women have a constitutional right to live together as consenting adults is important.

The national, English-language media have helped by generally portraying the women’s feelings and relationships sympathetically, upholding their right to liberty, and also by bringing them to public attention, thereby putting them in touch with civil liberties and sexuality rights organizations, who have helped out some of them.

Hindu spaces, often seen by the Indian Left as irredeemably reactionary, have in fact often worked in tandem with these democratic institutions to support female couples. Both in India and Nepal, many female couples have married in Hindu temples. The media, the women themselves, and their supporters have also used Hindu vocabulary and doctrine to legitimize these marriages. Among these doctrines are Hindu ideas of “love marriage.”