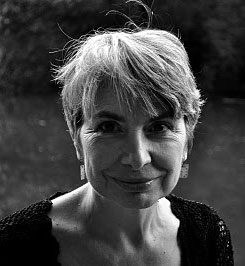 The following first appeared on Religion Dispatches. Read more and sign up for their free newsletter here.

Before I knew anything much at all about theology, I knew about creationism—theology’s old anti-evolutionary fracas. I knew, in other words, that in the worst case, theology and science were at war. In the best case, I assumed, they had a rather awkward relationship—something like bad first date. And then I read Catherine Keller’s Face of the Deep: A Theology of Becoming(Routledge, 2003).

What occurred was nothing short of a paradigm shift. What Keller was up to was beyond me—in the very best way. She wasn’t doing apologetics (defending theology from its outside objectors). Instead, she was pulling playfully from the feisty texts of her tradition (in this case, the first book of Genesis, the creation story) in order to cast an evocative, spirited, poetic web over the cosmos that scientific research was revealing to us. I realized that there was no one else I’d trust as much to help me wade into this ancient discipline—theology. Here, Keller speaks with me about her forthcoming book.

BEM: Let’s start simple. The book you’re currently working on is called Cloud of the Impossible: Theological Entanglements. Perhaps the first question I should ask is: What is a “cloud of the impossible”?

CK: Well, it’s a metaphor that just engulfed me and wouldn’t let me go. I tried to work with other names. But it wouldn’t go away, this little cloud.

It comes from Nicholas of Cusa, who’s a theologian of the 15th century. It’s a phrase that he uses in his book calledThe Vision of God. When he talks about the cloud of the impossible he’s talking about the cloud that, at a certain point in your spiritual journey, you just can’t avoid if you want to evolve. The cloud that you simply can’t not enter, if you’re not going to settle for clichés and incoherencies, or repressed questions, in your spirituality.

So this cloud that you have to face… what is it? Well, for him, it’s a point of dire contradiction. It’s when two different things that you believe come into conflict and contradict each other.

What does the cloud of the impossible have to do with God?

Cusa says that we have to face the contradictions that the cloud confronts us with. The fundamental contradiction that haunts him throughout all of his work—and attracts him as well—is that we are utterly finite creatures who don’t have the capacity to grasp the infinite, which is God. So it’s a contradiction between finitude and the infinite.

But the contradictions, for me, can also be the contradictions between our life calling and a relationship to a loved one, or the contradiction between our ecological awareness and our economic practice. In his cloud meditation Cusa suggests that these contradictions (which seem to be utterly resistant to our reason, which strike us as utterly impossible to resolve) suck us deeper into the cloud. We’re drawn ever deeper, until we hit a wall. We come to an awareness of a wall that seems to be woven of these intractable, irreconcilable opposites.

But Cusa describes this as the wall of the coincidence of opposites: coincidentia oppositorum. It’s the very realization that these opposites are interwoven that points to something else, a sort of third way. It’s a struggle to get there. There’s a kind of logic of “either-or” that has to be overcome. But then a gate opens and, at least for a moment, one is in paradise. This moment never lasts. But, for Cusa, the experience of the divine is precisely that: coming smack up against this contradiction and then, if we hang in there, the opening.

Is this the impossible?

Your book is also going to cover a kind of correlate phenomenon of impossibility in the world of physics?

I’ve been fascinated with a kind of quantum apophasis. What we face in this field is a kind of fundamental contradiction between relativity theory (which is classical) and quantum physics, which “unsays” the laws of classical physics. I think this contradiction is its own cloud.

Brian Greene, a physicist at Columbia opens The Fabric of the Universe with a dramatic image of physics being under a dark cloud, which is this basic contradiction. So a lot of physicists are looking for the coincidentia oppositorum between these not entirely reconciled sets of laws. But the contradiction itself isn’t something that I, as a theologian, am looking to solve. I’m more interested in a phenomenon that comes out of this cloud, out of what Einstein called “spooky action at a distance”—quantum entanglement.

In classical physics, nothing can happen faster than the speed of light because no signal can propagate faster than the speed of light. But what was showing its ghostly face in quantum entanglement is a kind of influence that seems to be instantaneous and seems to take place between two connected particles, no matter how far away they are. So, rather than become more and more indifferent to one another the further away they are, these particles will forever respond to each other instantaneously as though you are effecting both of them in the same way, at the same moment.

Right. It looks like, from a certain point of view, nothing is separate from anything at all. As the novelist Jeanette Winterson puts it, in her book Gut Symmetries: our separateness is a sham.

But what is a theological entanglement?

Theological entanglement is a way of reflecting on our relationships—all of our relationships, at once, together. When we do this, we get to such an impossibly infinite place that, I think, we resort to God language. The metaphors of the divine, of a love that permeates all things instantaneously, an embrace that holds everything everywhere in its mindfulness, a spirit (even a holy ghost) that has the character of spooky action at a distance is a metaphor by which can gather our very mysterious interdependencies (as creatures) on each other.

We are constituted, in every moment, by our relations. Some of them we compose, but they comprise the conditions in which we are composed. Theological entanglement is a form of what’s called “relational theology.” Entanglement is meant to give a more physical, and spooky edge to our interconnectedness. This isn’t just about the apophasis of an infinite God, but about the element of unknowability in all of us—as creatures made in the image of the unknowable. It looks, even from the vantage point of quantum indeterminacy, that every creature has an element of the unknowable or unpredictable to it. For every electron, you’re unable to measure (simultaneously) its location and its momentum.

What do you think your readings in quantum physics have done for your theology?

My study of physics strengthens my faith, because it exposes the depth of the mystery of what theologians call the incarnation. There is a way in which various branches of science, in a kind of postmodern vein (the corners of scientific fields where reductionism has not obtained for decades) the mystery of our interdependence is actually fleshed out with a kind of precision that I think theologians should be aware of. The universe that is showing itself in various fields, (not just quantum physics, but the fractals of chaos theory, for example) is a universe far more appealing to theology than was the universe of the past 300 to 400 years—made up of bits of dead, impenetrable matter, interacting predictably in a mega-machine.

The more you get into these cutting edges of science, the more the mysterious materializes. It turns out, even, that what we call “matter” is ultimately a kind of myth. You can’t really say this, as a theologian. It sounds like you’re trying to turn the actual world into some kind of illusion. That’s not what I’m talking about. Rather, I’m saying that what we call matter is something much more mysterious, subtle, apparently interconnecting faster than the speed of light, just pulsing in its inter-linked processes with the unknown. I think all of us have a lot to learn there. Clearly the scientists are not going to be, for the most part, reflecting on the possible meanings of their own science. That’s not what they’re trained for. This is why transdisciplinary work is so crucial.

Should we be afraid to reflect, theologically, on the meaning of scientific data, or the findings that come out of scientific research?

We should be careful. We should do a lot of reading before we jump to conclusions. But I think that’s true for any form of responsible thinking. There’s a lot of great, accessible material out there today, however. So I don’t think there’s any real reason to be afraid. To cite Cusa: the problem is not our ignorance. That’s unavoidable. But if we realize the shape of our ignorance, then we can learn a lot more.

And we don’t have to be afraid that we can’t know it all. We can’t all be physicists. I’m always very knowing of my own ignorance of the natural sciences. So I’m grateful for how much is being communicated across disciplinary boundaries. And I hope that this can, increasingly, go both ways. Perhaps, now, as the planet heats up and cooperation—not just between disciplines, but populations—becomes more and more a matter of life and death, there will be more interest in transdisciplinary conversations.

Perhaps theologians, pastors, spiritual leaders, people who are spiritually attuned to irreligious forms of creativity, will find some new ways to communicate about these things. But if science is left out of the mix, we will always be off in lala land. We need the incarnational practice of taking into account the most precise knowledge we can find, in the face of the mystery of our embodied existence.

As a theologian, what do you think is left out of the mix if God, or the divine, isn’t entangled with other forms of knowledge?

I think if God-talk simply drops out of sophisticated discourse and is just replaced by a wide range of philosophical, spiritual, poetical metaphors that avoid the Abrahamisms of the past, what’s left behind is simply our consciousness of who we are. That is, if we shift into atheism in the name of being in the know, we’re actually shifting into an unknowing ignorance.

We’ve been comprised by these traditions, massively. So to think that we can simply repudiate them by dismissing their more vulgar and clichéd forms is to do violence to what the prophetic and poetic strands of atheism always were: a more spiritually and affectively alive sense of life.

It’s possible to avoid God-talk for long stretches of time. Any canny Christian can do that, in order to make friends and influence people. Or just to get relief from bad clichés. But, at a certain point, one has to face up to the profundity and brilliance of the conceptual work that was done in the Western world for more than 1500 years, when it was dominated by the discipline of theology.

But we don’t want to reduce post-Christian criticisms of Christian idolatries to mere anti-faith, either. It wouldn’t do justice to the depths of the agnostic and atheist traditions which are, themselves, deeply prophetic traditions. Still, I think it’s important to stay mindful of God-tropes. Being mindful of these metaphors doesn’t necessarily cause us to believe in them. But we might find that the whole language of belief falls short of what’s meant by faith, anyhow—faith has never been a matter of little bits of knowledge parading as certainty.