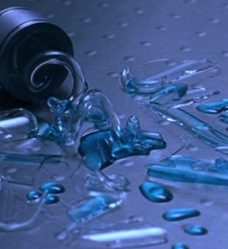 The recent explosion in the number of retractions in scientific journals is just the tip of the iceberg and a symptom of a greater dysfunction that has been evolving the world of biomedical research say the editors-in-chief of two prominent journals in a presentation before a committee of the National Academy of Sciences (NAS) today.

“Incentives have evolved over the decades to encourage some behaviors that are detrimental to good science,” says Ferric Fang, editor-in-chief of the journal Infection and Immunity, a publication of the American Society for Microbiology (ASM), who is speaking today at the meeting of the Committee of Science, Technology, and Law of the NAS along with Arturo Casadevall, editor-in-chief of mBio®, the ASM’s online, open-access journal.

In the past decade the number of retraction notices for scientific journals has increased more than 10-fold while the number of journals articles published has only increased by 44%. While retractions still represent a very small percentage of the total, the increase is still disturbing because it undermines society’s confidence in scientific results and on public policy decisions that are based on those results, says Casadevall. Some of the retractions are due to simple error but many are a result of misconduct including falsification of data and plagiarism.

More concerning, say the editors, is that this trend may be a symptom of a growing dysfunction in the biomedical sciences, one that needs to be addressed soon. At the heart of the problem is an economic incentive system fueling a hypercompetitive environment that is fostering poor scientific practices, including frank misconduct.

The root of the problem is a lack of sufficient resources to sustain the current enterprise. Too many researchers are competing for too little funding, creating a survival-of-the-fittest, winner-take-all environment where researchers increasingly feel pressure to publish, especially in high-prestige journals.

“The surest ticket to getting a grant or job is getting published in a high profile journal,” says Fang. “This is an unhealthy belief that can lead a scientist to engage in sensationalism and sometimes even dishonest behavior to salvage their career.”

Funding is just one aspect of a very complex problem Casadevall and Fang see growing in the biomedical sciences. In a series of editorials in the journal Infection and Immunity they describe their views in detail, arguing that science is not as healthy as it could be or as it needs to be to effectively address the challenges facing humanity in the 21st century.

“Incentives in the current system place scientists under tremendous stress, discourage cooperation, encourage poor scientific practices and deter new talent from entering the field,” they write. “It is time for a discussion of how the scientific enterprise can be reformed to become more effective and robust.”

The answers, they write, must come not only from within the scientific community but from society as a whole that has helped create the current incentive structure that is fostering the dysfunction. In the editorials they outline a series of recommended reforms including methodological, cultural and structural changes.

“In the end, it is not the number of high-impact-factor papers, prizes or grant dollars that matters most, but the joys of discovery and the innumerable contributions both large and small that one makes through contact with other scientists,” they write. “Only science can provide solutions to many of the most urgent needs of contemporary society. A conversation on how to reform science should begin now.”

This article originally appeared on the American Society for Microbiology.