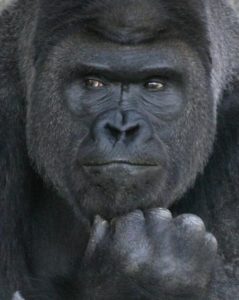 The following first appeared on Religion Dispatches. Read more and sign up for their free newsletter here.

I have some secrets for you; feel free to tell everyone. Psychopaths have distinct types of brains, and so do left-handed people. Bar Mitzvahs aid myelination, the conversion of gray-matter neurons into white-matter neurons. Bragging makes us feel really good, which is why Facebook is better than sex. If that concerns you, don’t worry, because the pharmaceutical industry is going to save marriage. Shakespeare tickles the visual association cortex. Dopamine makes us do bad things, but meditation makes your brain quicker. Bloody Mary (the apparition, not the drink) is probably a facial recognition error. Babies are a little bit racist.

Like the zombies that populate our screens, Americans have an immense appetite for brains. Most of the above stories come from just the past month, and they are only a small sample of neuroscience’s prominent circulation in the news cycle. Neuroscience can tell us who we are, how we can improve ourselves, and why other people act in the strange ways that they do. In an increasingly complex world, brains seem to somehow point back to the one thing that all humans have in common.

Perhaps because of the high demand for news about the brain, media coverage of neuroscience is notoriously sketchy. In a recent article in the journal Neuron, the authors lament the ways that popular neuroscience is used to artificially “underline differences between categories of people in ways that [are] symbolically layered and socially loaded.” In other words, research about the brain is often stretched and extended to support existing stereotypes about race, sex, class, and religion. Neuroscience is new enough, and our desire for brain facts is strong enough, that dubious claims about brain types circulate widely.

A Trio of Wacky Experiments

Take, for example, the latest Neuroscience-of-Religion news item to make the rounds, this one claiming that critical thinking undermines religious belief. Based on two studies from The Journal of Experimental Psychologies and Science, it has been picked up by The Atlantic, The Huffington Post, and (unsurprisingly) RichardDawkins.net.

In the Scientific American article that activated the echo chamber, Daisy Grewal claims that we possess two different ways of thinking: intuitive thinking, which relies on shortcuts, rules of thumb, and commonsense ideas; and analytic thinking, which questions our rapid-fire intuitions, but is much slower and more energy intensive. According to some “clever techniques,” Grewal states, psychologists have examined whether analytic thinking “leads people away from believing in God and religion.” Presumably belief in God here represents intuitive thinking, and sober scientific analysis represents the energy-intensive act of systematically questioning one’s beliefs.

Experiment two was a bit more subtle:Three clever experiments allegedly indicate that critical thinking undermines religious belief, though the experiments range from dubious to just plain wacky. Experiment one had participants view images of artwork that were either “neutral” (e.g. the Discobulus of Myron, right) or associated with reflective thinking (e.g. “The Thinker”). Participants then filled out a survey about their religiosity, and those who viewed “reflective” artwork reported weaker religious beliefs.

Grewal’s claim is that the act of analytic thinking corrodes religious belief, such that sentence-scrambling or even being reminded of reflection leads people to become less religious. Yet there are two fundamental problems with this scientific story, and they will take us from St. Thomas Aquinas to Canadian undergraduates.

Problem One is the assumption that religious and non-religious belief can fit neatly into two cognitive boxes, where “intuitive thinking” is religious and “analytic thinking” is rational and secular. Even if there are two distinctive cognitive operations, it isn’t clear that the rich and diverse mental lives of religious and nonreligious people will align with these two thought styles. “Intuitive thinking,” characterized by mental shortcuts and rules of thumb, is a fundamental part of human cognitive life, no matter what one’s religious beliefs. Every day the world around us changes: the appearances of those around us alter slightly; the path to work loses and gains landmarks; the market features a new array of foods and shifting prices. “Intuitive thinking” involves collapsing these minor differences into stable wholes so that we don’t, say, lose sight of our car when it is covered in pollen.

Similarly, “analytic thinking” is a powerful cognitive tool that can be applied in a variety of contexts, from questioning our assumptions about a political candidate to analyzing a text, television show, or conversation. These generalized styles of thinking can equally apply to religious belief or nonbelief. Religious believers and nonbelievers alike fall into fast and frugal “rules of thumb” about the world, and both engage in analytic thought about texts, ideas, relationships, and objects. To see past Grewal’s artificial division between “intuition/religion” and “analysis/nonbelief” we need only look to Christian theology, which involves deeply analytic and critical modes of thinking, but which is more or less associated with religious thinkers. If Grewal’s binary were accurate, in other words, St. Thomas Aquinas should have been an atheist!

Problem Two is serious methodological flaws in the experiments that Grewal cites: they are based on surveys, where isolated groups of people are asked to self-report on their religious beliefs. People are notoriously difficult to pin down on issues of belief—for many, religiosity is a private and shifting dimension of identity, so much so that the answers to questions about religion are likely to be influenced by the setting and the questioner at hand.

If these “clever” experiments do tell a common story, it isn’t about critical thinking and belief, but about the population that was surveyed. According to the Science article that Grewal cites, these experiments were primarily based on surveys of Canadian undergraduates, a population that we would expect to be somewhat malleable on the subject of religion. We should not be surprised, then, that undergraduates faced with “The Thinker” or a puzzle loaded with the words “analyze” and “reason” would self-report less religiosity; it would be much the same as someone downplaying religious belief in conversation with an agnostic scientist.

To take heed of the recent call to be careful with how we inflate and extend neuroscientific findings, we should all try to be a bit more like St. Thomas Aquinas and use “analytic” thinking to parse claims like Grewal’s about religion. Where our intuitive impulse might be to align critical thought with science and uncritical intuition with religion, the picture is actually much more complicated and interesting. Although it won’t make many front pages, there is still a fascinating headline to be found here: “Canadian Undergraduates, Prompted with Analytic Exercises, Are Influenced to Self-Report Less Religiosity.”