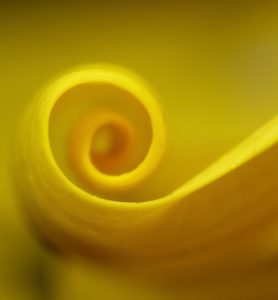 In my recent article, Anadi For Beginners: We All Have to Start Somewhere…Or Do We?, I contrasted the approaches to the issue of anadi karma taken by some acaryas in the Bhaktivinoda parivara with that of sastra’s statements and pointed out the obvious differences that arise. Such differences force us to seek a means to resolve them. Certainly we do not think our acaryas did not know the correct siddhanta, and we also know that siddhanta and preaching are not always one. It has been said, “By hook or by crook, sell the book”—a questionable policy that nonetheless has some efficacy and is an acarya’s prerogative to pursue if he or she feels called by circumstance to do so.

Thus I have suggested that Thakura Bhaktivinoda formulated a preaching strategy that, while appearing to differ from scriptural statements, was nonetheless efficacious in his time and for some time thereafter. However, in this brief article I would like to present how I think we can best understand of the “strategy” of Srila Bhaktivinoda while at the same time keeping a focus on the siddhanta.

The strategy under discussion, having begun with Bhaktivinoda, has been repeated both verbatim and with some variation by numerous acaryas in the lineage. In this article I will focus on the details of the Thakura’s own siksa on anadi karma, careful study of which reveals that his strategy can be viewed more as an emphasis rather than a change of doctrine. Assuming that readers are familiar with his siksa on anadi karma and have read my earlier article and the lengthy discussion that ensued, let me continue.

When Bhaktivinoda speaks about the free will of the jiva, we must remember that the jiva is anadi and as such its free will is anadi as well. In other words, there is never a time that the jiva is without its will. It is not an automaton and the karma doctrine is not one of absolute determinism as many Westerners mistakenly think. Thus the jiva’s choice can also be understood as being anadi, its free will being part of its very constitution.1 And choice and karma are practically inseparable.

Therefore, looking at the Thakura’s words in this way, the idea that the jiva’s choice is at the heart of its karmic predicament is not objectionable. But this choice is not something that has a beginning any more than the jiva itself or its karma does. It has been choosing forever because it exists forever and choosing is what it does—anadi karma = anadi choice.

Thus the emphasis of Bhaktivinoda Thakura is on choice and away from destiny/karma, and to embellish this emphasis he has spoken figuratively about the very tatastha nature of the jiva as if it were a location, a “tatastha region.”2 This approach, presented as it was for a particular audience and being limited by the nature of language, makes it all sound like there is a choice with a beginning when in fact the choice is beginningless.  As I pointed out in my previous article, Bhaktivinoda Thakura has also addressed the fact that language has its limitations. He writes that although we say things like “the jiva has forgotten Krishna,” etc., such language is only figurative. Nonetheless, such language is often helpful when addressing the conditioned mind with regard to topics that transcend its limits.

With his strong emphasis on free will, which plays well to a Western religious audience, the illustrious Thakura has spoken figuratively about a tatastha region and a choice within it. A choice involves two options. Thus the option to go to the paravyoma has been posited along with the choice of material life. This choice is indeed present in sastra, but it begins in the manifest world, not before it manifests. The choice occurs when bhakti makes herself available to the jiva (after predisposing it to such a choice through bhakti sukrti). The choice presented is to proceed or not on the path of bhakti and at what pace. Some take the opportunity and go to the paravyoma while some do not.

Again, this way of thinking about the issue, I believe, takes us deeper into the mind of Thakura Bhaktivinoda. He formulated his preaching strategy as a particular emphasis—albeit including figurative elements—rather than a change of doctrine. So it is not that Bhaktivinoda Thakura fabricated out of thin air entirely new ideas contrary to sastra. Of course this has never been my suggestion. All of his ideas assembled in his presentation are rooted in siddhanta yet arranged in a particular manner and embellished with some figurative speech to better appeal to the West, and for that matter, to the conditioned mind in general, addicted as it is to “beginnings” and with its insistence on controlling/understanding reality.