Does America Have a Food Movement? 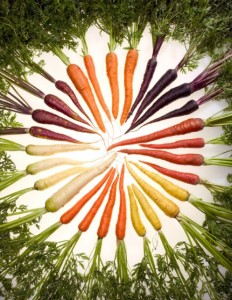 One of the more interesting things we will learn on Nov. 6 is whether or not there is a “food movement” in America worthy of the name — that is, an organized force in our politics capable of demanding change in the food system. People like me throw the term around loosely, partly because we sense the gathering of such a force, and partly (to be honest) to help wish it into being by sheer dint of repetition. Clearly there is growing sentiment in favor of reforming American agriculture and interest in questions about where our food comes from and how it was produced. And certainly we can see an alternative food economy rising around us: local and organic agriculture is growing far faster than the food market as a whole. But a market and a sentiment are not quite the same thing as a political movement — something capable of frightening politicians and propelling its concerns onto the national agenda.

California’s Proposition 37, which would require that genetically modified (G.M.) foods carry a label, has the potential to do just that — to change the politics of food not just in California but nationally too. Now, there is much that’s wrong with California’s notorious initiative process: it is an awkward, usually sloppy way to make law. Yet for better or worse, it has served as a last- or first-ditch way for issues that politicians aren’t yet ready to touch — whether the tax rebellion of the 1970s (Prop 13) or medical marijuana in the 1990s (Prop 215) — to win a hearing and a vote and then go on to change the political conversation across the country.

What is at stake this time around is not just the fate of genetically modified crops but the public’s confidence in the industrial food chain. That system is being challenged on a great many fronts — indeed, seemingly everywhere but in Washington. Around the country, dozens of proposals to tax and regulate soda have put the beverage industry on the defensive, forcing it to play a very expensive (and thus far successful) game of Whac-A-Mole. The meat industry is getting it from all sides: animal rights advocates seeking to expose its brutality; public-health advocates campaigning against antibiotics in animal feed; environmentalists highlighting factory farming’s contribution to climate change.

Big Food is also feeling beleaguered by its increasingly skeptical and skittish consumers. Earlier this year the industry was rocked when a blogger in Houston started an online petition to ban the use of “pink slime” in the hamburger served in the federal school-lunch program. Pink slime — so-called by a U.S. Department of Agriculture microbiologist — is a kind of industrial-strength hamburger helper made from a purée of slaughterhouse scraps treated with ammonia. We have apparently been ingesting this material for years in hamburger patties, but when word got out, the eating public went ballistic. Within days, the U.S.D.A. allowed schools to drop the product, and several supermarket chains stopped carrying it, shuttering several of the plants that produce it. Shortly after this episode, I received a panicky phone call from someone in the food industry, a buyer for one of the big food-service companies. After venting about the “irrationality” of the American consumer, he then demanded to know: “Who’s going to be hit next? It could be any of us.”

So it appears the loss of confidence is mutual: the food industry no longer trusts us, either, which is one reason a label on genetically modified food is so terrifying: we might react “irrationally” and decline to buy it. To win back this restive public, Big Food recently began a multimillion-dollar public-relations campaign, featuring public “food dialogues,” aimed at restoring our faith in the production methods on which industrial agriculture depends, including pharmaceuticals used to keep animals healthy and speed their growth; pesticides and genetically modified seeds; and concentrated animal feeding operations. The industry has never liked to talk about these practices — which is to say, about how the food we eat is actually produced — but it apparently came to the conclusion that it is better off telling the story itself rather than letting its critics do it.

This new transparency goes only so far, however. The industry is happy to boast about genetically engineered crops in the elite precincts of the op-ed and business pages — as a technology needed to feed the world, combat climate change, solve Africa’s problems, etc. — but still would rather not mention it to the consumers who actually eat the stuff. Presumably that silence owes to the fact that, to date, genetically modified foods don’t offer the eater any benefits whatsoever — only a potential, as yet undetermined risk. So how irrational would it be, really, to avoid them?

One Response to Does America Have a Food Movement?