Lessons From the World Around Us 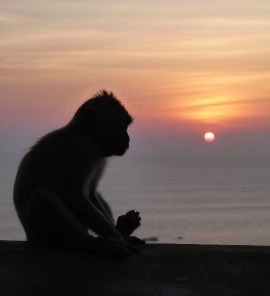 […]Over the course of the last two centuries, animals have become all but invisible in the American scheme of things, drummed out of the society of their myth-making companions, gone from the rural as well as the urban landscape. John James Audubon in 1813 on the shore of the Ohio River marveled at the slaughter of many thousands of wild pigeons by men amassed in the hundreds, armed with guns, torches, and iron poles. In 1880, on a Sioux reservation in the Dakota Territory, Luther Standing Bear could not eat of “the vile-smelling cattle” substituted for “our own wild buffalo” that the white people had been killing “as fast as possible.”

And as observers, they were not alone.  Many others have noted the departure of animals from our human world and culture.  Between 150,000 and 200,000 horses could, for example, be found in the streets of New York City in 1900, requiring the daily collection of five million pounds of manure. By 1912, their function as a means of transport had been outsourced to the automobile.

As with the carriage and dray horses, so also with the majority of mankind’s farmyard associates and nonhuman acquaintances. Out of sight and out of mind, the chicken, the pig, and the cow lost their licenses to teach. The modern industrial society emerging into the twentieth century transformed them into products and commodities, swept up in the tide of economic and scientific progress otherwise known as the conquest of nature.

Animals acquired the identities issued to them by man, became labels marketed by a frozen-food or meat-packing company, retaining only those portions of their value that fit the formula of research tool or cultural symbol — circus or zoo exhibit, corporate logo or Hollywood cartoon, active ingredient in farm-fresh salmon or genetically modified beef.

It was 10 years after my meeting with the Australian koala that I was first introduced to an animal in a state of nature — a gray langur (Semnopithecus entellus, golden fur, black face, fond of fruit and flowers). It was about two feet tall, very quick on its feet, one of 60 or 70 monkeys of various species wandering around the ashram of the Maharishi Mahesh Yogi on the shore of the Ganges River, 128 miles north of New Delhi.

The Maharishi at the time (February 1968) was at the high-water mark of his fame as a guru, his science of Transcendental Meditation having captured the celebrity markets in Los Angeles, New York, and London, and that winter he was teaching the lesson of the yellow marigold to a select company of disciples, among them the four Beatles, who had made the journey from the decadent, materialist West in search of enlightened well-being in the spiritual East. The ashram was set in a forest of teak and sheesham trees at the base of the Himalayan escarpment, and again on assignment from the American press, I’d been advised by the editor of the Saturday Evening Post to listen for the voice of the cosmos under the roof of the world.

During my nearly three weeks on the ashram I learned nothing about the Beatles that wasn’t known to their fans, from the Maharishi little more than the fact that at the fifth level of realization, “Everything becomes hilarious.” But from the monkey I learned that it was somebody else — not a pet or a little friend to all the world, not an allegory, a movie actor, or a laboratory experiment. Two days after my arrival I noticed it standing in a tree opposite the door to the small outbuilding (one room, whitewashed stone, no window) in which I’d been granted accommodation near the ashram’s lower gate. Another two days, and it was always there whenever I was coming or going, and it occurred to me that it was I who was being observed by the monkey, not the monkey who was being observed by me.

On the morning of the fifth day, I presented it with a slice of bread, late in the afternoon with half an orange. It accepted both offerings as a matter of course; no sign of acknowledgment, much less of appreciation or affection. My sense of its attitude was that I’d been slow to pick up on the custom of the country, and later that same evening one of the Maharishi’s principal subordinates, a saffron-robed monk by the name of Raghvendra, validated my impression as not wrong. In India, he said, the gray langur was sacred. Properly known as the Hanuman langur — Hanuman being the name of the Hindu monkey god of healing and worship — it was revered for its willingness to accompany sadhus on pilgrimages, and therefore enjoyed almost as many privileges as the cow, free to ransack food stalls, at liberty to plunder grain shops.

For whatever reason, its motives presumably mixed, the monkey for the next 10 days, attentively on post at the height of my right knee, accompanied me on the path to pure consciousness, a path on which I was careful to scatter crumbs of stale chocolate and shards of dry cheese. If I was listening to the Maharishi discuss Vishnu in the meeting hall, the monkey would be comfortably settled on the corrugated-tin roof; when meals were served on the terrace, where the disciples received their daily ration of rice, tea, and tasteless boiled vegetables, the monkey perched in the vine-trellised arbor behind the refectory table, on watch for the chance that I might send in its direction an overcooked carrot or a destabilized turnip.

When for the last time I walked out in the morning from the stone outbuilding at the bamboo gate, on the way to the ferry across the Ganges, the monkey wasn’t standing in its nearby tree. Possibly it understood that my time was up, that it had done all that could be done with a pilgrim who was slow to catch the drift and didn’t know the language. On the other hand, probably it didn’t. What was certain was that it didn’t care. It had moved on, gone somewhere else, grown bored by the sound of a voice clearly not the voice of the cosmos.

A Dearth of Animals, a Plague of Pets

The Renaissance scholar and essayist Michel de Montaigne toyed with a similar line of thought in 1576 by asking himself, “When I play with my cat, who knows if I am not a pastime for her more than she is to me?” The question placed Montaigne’s customary pillow of doubt under the biblical teaching that man had been made in God’s image, and thereby granted “dominion over the fish of the sea and over the birds of the air and for every living thing that moves upon the earth.”

The claim to the throne of the universe on the part of what Montaigne called “the most vulnerable and frail of all creatures,” he regarded as vainglorious impudence, man dressing himself up in the robe of divinity, separating himself from “the horde of other creatures,” distributing to them “such portions of faculties and powers as he sees fit.” Amused by the presumption, Montaigne took the trouble to ask follow-up questions:

“How does he [man] know, by the force of his intelligence, the secret internal stirrings of animals? By what comparison between them and us does he infer the stupidity that he attributes to them?… It is a matter of guesswork whose fault it is that we do not understand one another; for we do not understand them any more than they do us. By this same reasoning they may consider us beasts, as we consider them.”

The American writer Henry Beston revisited the questions while walking on a beach at Cape Cod in the 1920s, watching constellations of shorebirds form and reform in “instant and synchronous obedience” to some sort of mysterious command. Astonished by the spiraling flight of what he likened to “living stars,” Beston understood that nonhuman creatures eluded the definitions made for them by man, that they could not be classified as mechanisms programmed by the master software designer in the sky to hop, growl, swim, glide, roar, nest, crawl, peep, mate.

“We need,” said Beston, “another and a wiser and perhaps a more mystical concept of animals… We patronize them for their incompleteness, for their tragic fate of having taken form so far below ourselves. And therein we err, and greatly err… They are not brethren, they are not underlings; they are other nations, caught with ourselves within the net of life and time, fellow prisoners of the splendor and travail of the earth.”

At the turn of the twenty-first century, what remains of the once-upon-a-time fellowship incorporating man and beast has for the most part been reduced to the care and keeping of pets. Possibly to compensate for the rapid and permanent disappearance of global wilderness species, the numbers of pets in the United States have outpaced the entire human population south of the Potomac and west of the Mississippi — 70 million dogs, 75 million cats, 5 million horses, God alone knows how many boxed reptiles and caged birds. That animals are still looked to for some form of instruction, believed to possess “analogous qualities” recognized by Aristotle as being “akin to sagacity,” is a proposition sustained by the large demand for documentaries exploring the jungles of Africa and by the fact that the Internet postings of unscripted cat videos draw bigger crowds than do the expensive mechanical dolls posed in the ritualized stagings of the Super Bowl.

For 2,500 years it has been known to the students of nature that the more one learns about animals, the more wonderful they become. The observation stands confirmed by the instruments of both science and art, but the animals are most instructively perceived when they are seen, as they were by Beston from the beach on Cape Cod, as other nations complete in themselves, “gifted with extensions of the senses we have lost or never attained, living by voices we shall never hear.”

The environmental casualty reports filed from the four corners of the earth over the last two hundred years don’t leave much ground for argument on Montaigne’s question as to who is the beast and who is the man. Whether attempted by men armed with test tubes or bulldozers, the conquest of nature is a fool’s errand. However it so happens that the beasts manage to live not only at ease within the great chain of being but also in concert with the tides and the season and the presence of death, it is the great lesson they teach to humanity. Either we learn it, or we go the way of the great auk.

This excerpt can be read in full, here.

17 Responses to Lessons From the World Around Us