Examining Our Treatment of Sex and Gender Minorities 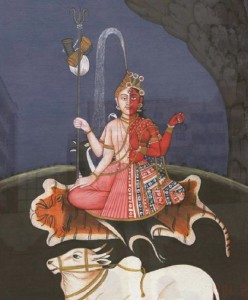 In Bhagavan’s creation there is great diversity, and much of humanity’s struggle to advance has involved learning to include all types of people fairly within society. Among human beings there are differences in nature, sex, race, ability, size, weight, skin and hair color, handedness, intelligence, nationality, culture, faith and so on. Understanding these differences, Kapiladeva has solemnly instructed mankind as follows: “As the blazing fire of death, I cause great fear to whoever makes the least discrimination between himself and other living entities because of a differential outlook. Therefore, through charitable gifts and attention, as well as through friendly behavior and by viewing all to be alike, one should propitiate me, who abide in all creatures as their very self.”1

Of all human differences, perhaps the most sensitive and difficult to address are those pertaining to sex and gender. The Vedic literatures mention three categories of sex: 1) virile males, 2) fertile females and 3) men and women of mixed gender qualities who are impotent with the opposite sex.2 This third class of gender, known as napumsa or tritiya-prakriti in Sanskrit, is the focus of this article. It involves a minority of people traditionally addressed in archaic English as “eunuch” or “hermaphrodite” but more accurately known today as homosexuals, transgenders and the intersexed (LGBTI, “queer” or “gay,” collectively).3 Bisexuals are also included in this category although typically they are not impotent with the opposite sex.4

Modern society’s treatment of sex and gender minorities is one of the most prominent social issues of our day and for this reason, Hindus should not avoid discussing or addressing it. Nations of the world vary greatly in their treatment of gay people with some advocating condemnation through a penalty of death, others granting full acceptance and legal equality, but most resting somewhere in-between. The global Hindu community also exhibits great variance in its attitude and approach toward LGBTI people, in accordance with the many different gurus, sects, temples, and congregations that guide and express our faith.

The following five profiles of LGBTI Vaishnavas and Hindus are typical of people I come across in my work with GALVA-108, the Gay And Lesbian Vaishnava Association. Names have been changed for privacy reasons but otherwise the experiences described herein, both good and bad, are accurate and real. Hopefully these examples will cause the reader to reflect upon his or her own treatment of sex and gender minorities, especially in regard to the verse cited above.

Intersex.5 Kumar is an intersex man of Indian descent living in Western Europe. His family members are Shaivite and he was born with ambiguous genitalia. Diagnosed with Congenital Adrenal Hyperplasia (CAH), an intersex condition causing XX-chromosome female fetuses to develop both physically and neurologically along the male path, Kumar was surgically altered to appear female and raised as a girl (Kumari). However, he displayed masculine behavior in childhood and, as a teen, experienced attraction only to women. Kumar eventually switched his identity from female to male, much to the embarrassment of his traditional Hindu family who initially cut off all contact with him. Kumar had a female partner for many years but could not marry her due to being legally female. His gender assignment surgery as an infant, which he had no voice in and now regrets, caused many physical and emotional complications throughout his life. Kumar maintains his faith in Lord Siva and identifies with Sri Ardhanarisvara (Siva’s half man, half woman form) and Sikhandi, a character from the Mahabharata who was raised as a girl but later became male. He follows celibacy and occasionally attends temple ceremonies but mostly practices his faith at home.

Transgender.6 Anjali is a transgender woman living in India. Her family is poor and not especially religious but observes many traditional Hindu customs. Born as a boy (Arjuna), Anjali played and behaved like a girl from a very early age. When her parents chastised her for this, Anjali would cry and dream about becoming a woman one day. Despite the many efforts of her parents, Anjali was never able to become the masculine son they so desired. Tensions eventually estranged her from the family, with the exception of one loving aunt, who recognized Anjali’s hijra qualities and taught her about the goddess Bahucara.7 In her late teens, Anjali was sexually abused by men, introduced into prostitution and ended up in the streets of a large Indian city. She eventually connected with the hijra community, which she happily joined. While her life remains difficult and filled with social abuse, Anjali values the friendship and support she receives from her fellow hijras. Free to dress as a woman full-time, Anjali faithfully worships goddess Bahucara and is considering castration or, preferably, a modern-day transsexual operation if she can ever afford it. Interestingly, Anjali feels welcome at all the traditional Indian temples she visits but not at the more western-associated ISKCON centers, perhaps due to cultural differences and misunderstandings about the third sex.

Lesbian.8 Satyabhama (Satya) is a lesbian living in North America. Her family is Christian but Satya converted to Gaudiya Vaishnavism through the Hare Krishna movement in her late teens, not long after realizing she was attracted to women. Satya’s treatment as a lesbian in the Hare Krishna movement has been a rocky road to say the least. Initially she kept her same-sex attraction a secret but when social pressures to marry became unavoidable, Satya confided her lesbianism to friends and the word eventually got around. Temple authorities insisted she marry a man and in one particularly ugly incident, Satya was raped by a so-called Vaishnava under the plea of “curing” her homosexuality. Her arranged marriage soon ended in failure and Satya left the Hare Krishna mission, although never within her heart. After much time and difficulty, Satya eventually got her life together and established a long-term relationship with a fellow Vaishnavi. She and her partner, now legally married, faithfully worship Radha-Krishna at home and regularly attend their local temple as a celibate same-sex couple, where they are quietly accepted.

Gay Man.9 Kartik is a young gay man of Indian descent living in a South East Asian country with a large Hindu population. His family members are moderately conservative Sri Vaishnavas. Kartik has always been attracted to men ever since he can remember and has never felt any attraction for women. As a closeted teenager, Kartik was very interested in spiritual life and considered joining the ashram at a temple attended by his family. Temple authorities were very friendly to Kartik and heartily encouraged him to join. However, one day Kartik naively confided to a temple elder that he was gay and the friendly treatment immediately stopped. The temple devotees no longer spoke to Kartik or answered any of his e-mails. Both he and his family were received coldly at the temple and Kartik was crushed, his faith shaken. Now in his early thirties, Kartik still visits the temple on occasion but feels alienated there. He has few friends and no fellow gay association other than through the Internet. Kartik’s parents accept him but not his homosexuality and still harbor delusions of him someday “growing out of it” or “finding the right girl.” For his part, Kartik has given up trying to explain homosexual orientation to his parents. He is still a virgin and maintains his faith in Vishnu but wonders if he will ever be able to find a suitable male partner and lead a happy life of his own. “Straight guys are given full social support as soon as they need to marry,” Kartik says, “but gay men are treated like pariahs and forced to fend for themselves.”

Bisexual Man.10 Amit lives in a small city in central India. His family worships Durga, Ganesha, and various other devas although Amit himself converted to Gaudiya Vaishnavism while attending college. Amit is a deeply closeted bisexual man. He is mostly same-sex attracted but has some feelings for women also. Because of this, Amit bowed to family and religious pressures to marry and has two daughters with his wife. Nevertheless, he is having doubts about his decision to marry. Amit’s attraction to men has gotten the best of him lately and secret rendezvous’ with anonymous male partners have become a fairly regular occurrence. Despite his better judgment and religious training, Amit’s need for male companionship overwhelms him, even with all the risks involved. While his life appears ideal on the outside and his secret is as yet unexposed, a tempest is brewing inside Amit. He wishes he could be a better devotee of Krishna but cannot seek counsel because he fears complete rejection. Amit wonders if he would be happier living single or with a male partner. Either way, Amit has little luxury to ponder such choices in modern-day India, and thus the façade goes on.

Several examples regarding the treatment of sex and gender minorities can also be found in the Vedic scriptures. For instance, in the Mahabharata, Maharaja Virata kindly accepts the crossdressing Brihannala into his kingdom and engages her in teaching the fine arts to his daughter, Uttara.11 Significantly, Maharaja Virata does not neglect Brihannala, drive her from his kingdom or force her to dress as a man. Rather, he accepts Brihannala’s nature as it is, addresses her as female and offers her a residence within his palace. A similar positive example can be found in the pastimes of Lord Caitanya, when transgender dancers are offered gifts by Jagannatha Misra and invited into his courtyard to entertain and bless the newborn child, Nimai.12 There are furthermore several positive examples of homosexual men and women in the Kama Sastra, wherein such people are demonstrably accommodated within the fabric of Vedic society and culture.

One lone example of ill treatment toward the third gender can be found in the Vishnu Purana, where the Yadavas notoriously ridicule Garga Muni as being an impotent man of the third sex. The ridicule and (likely) false accusation, however, results in Garga Muni’s anger and the creation of Kalayavana, a demonic king who later terrorizes the Yadu clan.13 Interestingly, the Artha Sastra specifically forbids the vilification of third-gender men or women (kliba) and imposes a small fine for the offense, whether the targets are actually third-gender or not.14

Other verses from the Artha Sastra, Manusmriti, and Vasistha Dharmasutra enjoin parents to provide at least some minimal maintenance for their third-gender offspring and instruct a king to do so when there are no relatives.15

Overall, the consensus of Hinduism supports the idea of caring for and befriending every member of human society, including sex and gender minorities. My spiritual master, His Divine Grace A.C. Bhaktivedanta Swami Prabhupada, elaborates on this as follows:

In all communities in human society—including the brahmanas, ksatriyas, vaisyas, sudras, candalas, etc.—and in the animal kingdom—including the cows, dogs, goats, etc.—everyone has his part to play. Each is to work in cooperation for the total benefit of all society, which includes not only animate objects but also inanimate objects like hills and land…. Another hint we get from this statement is that the candalas, or the untouchables, are also not to be neglected by the higher classes and should be given necessary protection. Everyone is important, but some are directly responsible for the advancement of human society, and some are only indirectly responsible. However, when Krsna consciousness is there, then everyone’s total benefit is taken care of.16)

My hope is that examples like those presented in this article will touch readers and consequently improve their treatment of not only sex and gender minorities, but all living entities everywhere. Hare Krishna!

“One who is not envious but who is a kind friend to all living entities…he is very dear to me.”17

4 Responses to Examining Our Treatment of Sex and Gender Minorities