Review: From All Angles of Vision 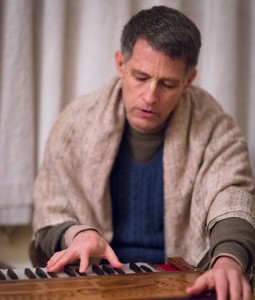 Krishna Kshetra Das is an initiating spiritual master in the International Society for Krishna Consciousness (Iskcon). Perhaps best known for his work on Vaishnava ritual (he was for example instrumental in compiling the important Pancaratra Pradipa, describing the normative Iskcon standard of image worship). However, as Dr. Kenneth Valpey, he is also an accomplished academic scholar affiliated with the Oxford Centre for Hindu Studies, and has taught at several universities around the globe. His recent publications include (with Radhika Ramana Das) an edited volume of articles on the Bhagavata. This present book, however, does not fit easily into either of these two roles. Rather, it is a compilation of essays that Krishna Kshetra Das wrote during his studies for a variety of courses, generally on topics not directly connected to Krishna bhakti, but where he as a bhakta naturally infuses his assignments with links to bhakti and the Vaishnava tradition. These texts, then, become meeting places for various “angles of vision,” leading the reader to explore new vistas and reassess old.

In doing this, Krishna Kshetra Das follows his late friend and colleague, Tamal Krishna Goswami, who brought out not one but two collections of college papers several years ago (Reason and Belief: Problem Solving in the Philosophy of Religion, Pundits Press 1997; A Hare Krishna at Southern Methodist University, Pundits Press 1998). However, while Tamal Krishna Goswami’s essays always explicitly commented on or explored themes directly related to Vaishnavism and the Hare Krishna movement, Krishna Kshetra Das’ essays are often more indirect. For instance, in one essay the author compares Thomas Aquinas’ and contemporary Catholic theologian Edward Schillebeeckx’s views on the “transubstantiation” or “transignification” of the Eucharist, mentioning the connection with the transformation of food or other offerings in Vaishnava offerings only in an introductory footnote.

As in the case of Goswami Maharaja, Krishna Kshetra Das decided to keep these student essays unchanged, as “[his] record of these years of academic catching-up” (p. xv). These are of course no ordinary undergraduate papers. As someone who reads such texts on a daily basis, I am struck by the consistently high quality of Krishna Kshetra Das’ writing, both in terms of style and intellectual content. Similarly impressive is the range of topics covered, from details of Vedanta philosophy to animal rights, civil religion, and perspectives on the abortion issue. The downside with this, of course, is that the volume as a whole is rather uneven. Some essays are rather technical (such as “Canons in Conflict: Unzipping Brahma-sutra 2.2.42–45”), others of rather tangential interest (such as the entry on the Hare Krishna Movement for the Concise Encyclopedia on Religion and Language). Many deal with different aspects of Christianity, reflecting the theological emphasis of the author’s studies.

As academic papers, and in keeping with the general tenor of the author, the essays are all subdued in tone, at times bordering on the lukewarm or downright boring. For persons that have grown up on a more forcefully “preachy” style of devotee writing, this may be frustrating (“but what do the authorized scriptures say?”) but nevertheless most useful reading. However, there are instances where the author becomes more personal, such as in “A Tremendous Connection – Reflections on Tamal Krishna Goswami’s Final Visit to Bhaktivedanta Manor”. Had I been one of the author’s supervisors, I would have suggested more such personal input.

The primary audience of this book, as the author indicates in the preface, is his own circle of friends and students, “with the hopes that its contents will be met with good will and may even serve to inspire their own writing” (p. xvii). Nevertheless, I believe that this volume is useful for a larger audience than this. Serious Vaishnava practitioners going back into the academia they left in order to pursue spiritual life years or even decades ago is a tendency inaugurated by Goswami Maharaja and the present author. It is a project that has been criticized from some quarters, both by bewildered students (“Why is Guru Maharaja doing this?”) and by senior Gaudiya Vaishnava authorities (“We are interested only in the University of Haridasa Thakura!”). A careless reading of the present work would perhaps only strengthen such doubts. Why so much dry Christian theology? Where is the straight Rupanuga Gaudiya Vaishnava siddhanta? Where is the bhava, Prabhu; where is the nectar?

It is all over – but it is the nectar of intellectual and scholarly curiosity, the joy of finding new continents and beholding new horizons, of seeing the world come alive with ever-unfolding varieties of thoughts and experiences, of coming into age as an intellectually oriented Gaudiya Vaishnava within the milieu of academia. No, not every devotee of Krishna needs to enter this world, but in order to be able to interact with larger society, each Gaudiya Vaishnava movement must have some members who find their home here as well. This book will no doubt serve to whet the appetite of persons curious about this kind of work, and for this the author is to be earnestly congratulated: in a day when universities all over are under increasing pressure to conform to corporate models of productivity and efficiency, this books brings a whiff of fresh air from Oxbridge. Not all hope is lost. The university can still be a garden for personal growth of “spirituality”, in the mediaeval sense of the mental side of life. And when such spirituality, teamed with humility, as in this book, is applied on the path of devotion, what possibly could hold the practitioner back?

5 Responses to Review: From All Angles of Vision