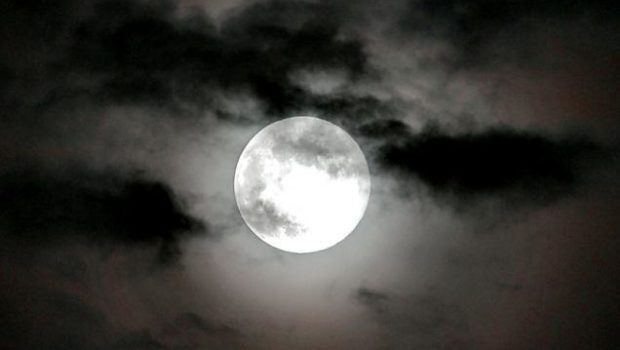 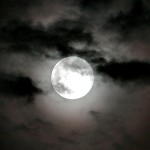 God’s position is such. He is paramount. He is the highest harmonizing center, and we must all submit cent-per-cent to Him. Any deviation from that is anartha. Anartha means ‘meaningless,’ it has no meaning. The only real meaning or purpose worthy to be served is the connection with the universal wave, the universal movement. Anything besides that is anartha— undesirable and unnecessary. The anarthas will serve no purpose. We are in connection with anarthas, undesirable things which won’t serve any real purpose towards our cause. But the real cause of our life and the whole satisfaction of our very existence will be found only in connection with the universal wave of the whole Absolute. That is Krsna consciousness. It is the most universal, fundamental wave, and we have to catch that. Our goal, our satisfaction and the very fulfillment of our life is only to be found there, in that layer, that plane, and not in the superficial plane of nationality interest, family interest, social service, etc.—for that is provincialism.

One section is busy with many local interests, and another section wishes to stop all activity. To stop one’s own movement, to do away with one’s own existence, is renunciation, samadhi, and is also suicidal. So we have to give up renunciation as well as enjoyment. The tendency to do evil and also the tendency to go on strike, both are to be given up. In a nation, we may find so many workers doing some wrong, going against the principle of the law; but that is hooliganism and is bad. At the same time, to go on strike, refusing to work is also bad. The good path is only to work for the interest of the country.

This we have to learn: from local interest we must go to the universal, the Absolute. We are not to have any local interest however extensive it may be. Whether self-centered, family-centered, village-centered or society-centered as in humanitarianism, it is all only a part of the Infinite. This is the fact, and generally we are to try to understand things in such a way. The technical words like anartha nivrtti, bhava, asakti, all these are covered by this understanding.

Lord Krsna has recommended in Srimad Bhagavad-Gita how one can conquer kama, lust, by regulating the senses. He advises us to become acquainted with the nature of the soul, then all the problems caused by kama will be turned into ashes:

Lust is not easily accessible, but is hidden. We cannot easily trace where he lives, but he comes suddenly and after looting, disappears. But we are told here that really he lives in the intelligence, the mind and the senses. To conquer that lust we are to regulate the senses, but in order to do so we first have to analyze what the senses are and what is their position, and then, what is the position of the internal king of the senses, the mind. After that we are to analyze what is the intrinsic position of the buddhi, the faculty of reason, judgment and intelligence. Then, with the help of reason, we are to try to find out what is in the background of that faculty of reason, of judgment and of decision making.

In the background is a pencil-thin ray whose nature is diametrically opposite to the world of experience. In Srimad-Bhagavatam an example is given that in the night a cloud may cover the moon. Though the cloud obscures the moon, still the cloud can only be seen by the light of the moon.

In this example the soul is likened to the moon and the ahankara is likened to cloud cover. The sense-consciousness, the mind and the intelligence have all combined to form a system, ahankara, which has covered the soul. But they are seen, and it is possible for them to act, only because there is light—the light of the soul, the moon. So by the help of our reason we must try to perceive what is above reason, and we shall come to see that it is the atma, the soul. In this way we may have some direct connection with the atma, or at least some conception, however vague, of its existence and nature. At that time our whole material aspiration will turn into trash and within ourselves we will be able to conquer all the charms of this world. The Lord’s advice in Srimad Bhagavad-Gita is to somehow or other try to obtain understanding of the true nature of our own atma. We are really of such a superior nature and hold a noble, dignified position in the higher plane; but lust and so many base things have come to entrap us.

Raso ‘py asya, param drstva nivartate (BG. 2.59). By even slightly coming in contact with the dignified position of our own soul, all worldly charm will vanish; and even that will seem to be a negligible thing compared to the awakening of higher levels of realization, up to the Super-soul—Paramatma—then to Narayana and Krsna! There is so much ecstatic enjoyment on that side and it will be realized only when it will be revealed within us. Though to our present conception it is far away, still, that experiencer, that taste, is within us: it is the jivatma. And if we try to concentrate even for a second there, we will find what a dignified position the soul holds. We shall think, “Who are these thieves? The intellect, mind and senses are all thieves and plunderers. They are taking me into the land of misery as if through some intricate conspiracy.” It will seem like that to us.

Our senses are superior in comparison to all the things we experience around us. Suppose we were devoid of all our senses of touch, sight, hearing and so on, then we would have no conception of anything external. The world would mean nothing to us. Then again, the central figure of all the senses is the mind. Someone may call but we may find: “He was calling me? Oh, I was unconscious: I was unmindful and did not hear. I have my senses but because I was unmindful I did not hear or see him.” So the mind is in the center. And the mind has two functions, sankalpa-vikalpa—”I want this. I don’t want that—I don’t want that, I want this.” This is mainly the function of the mind.

Then if going up from there, surpassing the intelligence, we search for what is next, what is above the intelligence, backing it and making the function of intelligence possible, we will be able to see, “Oh, this is my real self and everything else is an outside extension in the material present atmosphere is not at all necessary for me, rather it is harmful, a coating, a garment which has been thrust onto me in order that I come in connection with this bad environment.” With this realization, with our soul proper we can go in a higher direction, towards Paramatma, Narayana and Krsna.

7 Responses to Real Meaning of Anartha